Substances have been developed which allow scientists to create fully functional heart cells.

Grazed skin grows back quickly, dead heart tissue does not. This is why a cardiac arrest often leads to severe long term problems. At the Vienna University of Technology, chemical substances have been developed, which turn the body’s own progenitor cells into functioning, beating heart cells. This discovery could open the door to a new kind of regenerative medicine. 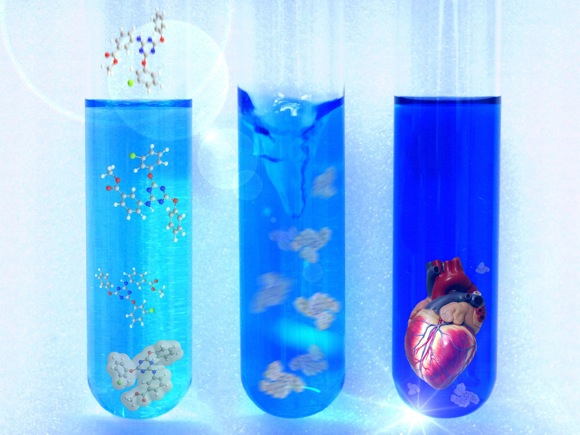 The vision at the Vienna University of Technology: Chemical substances should help to generate heart tissue. Credit: TU Wien

Beating Heart Cells in the Lab

Embryonic stem cells can develop into any kind of tissue. Adult stem cells can still turn into different kinds of cells, but their differentiation potential is significantly reduced. “The mechanisms influencing the differentiation of stem cells into tissues are still far from being understood”, says Professor Marko Mihovilovic (Vienna University of Technology). However, his research group has now managed to synthesize substances which control the differentiation process. Progenitor cells can be turned into heart cells, which eventually start beating in the petri dish.

“Various substances are known to influence the development of heart tissue. We have systematically synthesized and tested substances with cardiogenic potential”, says Thomas Lindner, PhD-student at the Vienna University of Technology. The tailored chemicals are then tested on the progenitor cells of mice at the Medical University of Vienna. “The new triazine derivatives we are using are much more efficient at turning the stem cells into heart cells then any other substances ever tested before”, says Marko Mihovilovic. The team at the Vienna University of Technology has already patented the new method.

The key advantage of the method developed at the Vienna University of Technology is its flexibility. “Our modular synthetic strategies are a bit like playing with LEGO bricks. A very high degree of complexity can be achieved by assembling very simple building blocks”, says Marko Mihovilovic. Many different variations of the substances can be produced without having to develop new synthetic methods for each substance. 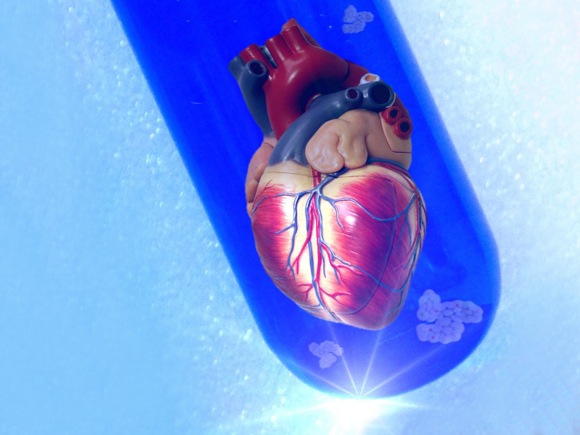 On the Verge of New Medicine

Now the goal is to turn this pharmacological tool into a pharmaceutical drug for humans. “It is crucial to unveil the exact mode of action. We want to know on a molecular level, how our triazine derivatives influence the cell development”, says Mihovilovic.

“We want to open the door to a completely new kind of regenerative medicine”, Marko Mihovilovic hopes. “At the moment, transplant medicine dominates, but it would be much better to create tissue in the lab, with the patient’s own DNA, so that the danger of tissue rejection is completely eliminated.”

Not only the differentiation of stem cells to tissues can be influenced by chemical signals. It is also possible to go the opposite way and turn differentiated cells back into pluripotent cells, which can turn into different kinds of tissues. “Our vision is to take cells which are easy to extract, such as skin cells, and to treat them with a cocktail of different chemicals, creating new tissue”, says Mihovilovic. Synthetic chemistry will help to overcome the problem that heart tissue regenerates so poorly. If the therapy can used for humans, the patients’ quality of life could be increased dramatically, and health care cost could be reduced.

Via Vienna University of Technology