Undergraduate student shows how planet’s magnetosphere changes with the seasons.

A University of Iowa undergraduate student has discovered that a process occurring in Saturn’s magnetosphere is linked to the planet’s seasons and changes with them, a finding that helps clarify the length of a Saturn day and could alter our understanding of the Earth’s magnetosphere.

Saturn’s magnetosphere is the third largest structure in the solar system, eclipsed only by the magnetic fields of the sun and Jupiter. Unlike Earth, which has a visible rocky surface and rotates once every 24 hours, Saturn is composed mostly of clouds and liquid gas layers, each rotating about the planet at its own rate of speed. This variation in rotation made it difficult for scientists to pin down time for the planet.

Decades ago, a strong and naturally occurring radio signal, called Saturn kilometric radiation (SKR), was believed to give an accurate measurement of a Saturn day. But data gathered by an ESA/NASA spacecraft proved otherwise. 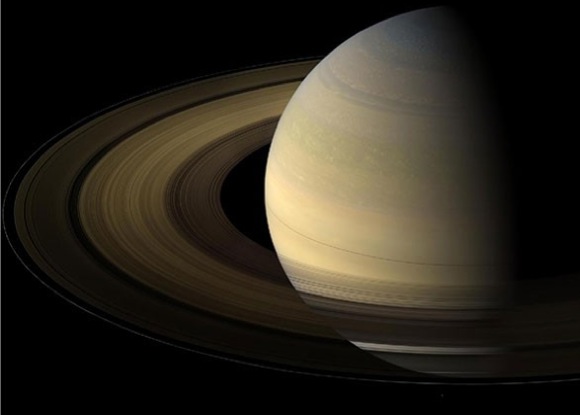 Now, using data from NASA’s Cassini spacecraft, which entered orbit around Saturn in 2004, UI space physicist Donald Gurnett and other scientists showed that the north and south poles have their own SKR “days” that vary over periods of weeks and years. How these different periods arise and are driven through the magnetosphere has become a central question of the Cassini mission, according to NASA officials.

The discovery by Tim Kennelly, a UI junior majoring in physics and astronomy, is one of the first direct observations of seasonal changes in Saturn’s magnetosphere. In addition, the finding carries over to all planets having a magnetosphere, including Earth.

“I’m pleased to have contributed to our understanding of Saturn’s magnetosphere so early in my career,” says Kennelly, the lead author of the paper published online in the American Geophysical Union’s (AGU) Journal of Geophysical Research. “I hope this trend continues.”

Scientists have known for some time that Saturn’s magnetospheric processes are linked together, from the activity generating the SKR emission relatively near the planet to the periodic signatures in Saturn’s magnetosphere stretching millions of miles downstream in the planet’s magnetotail. But they didn’t know how they were linked. 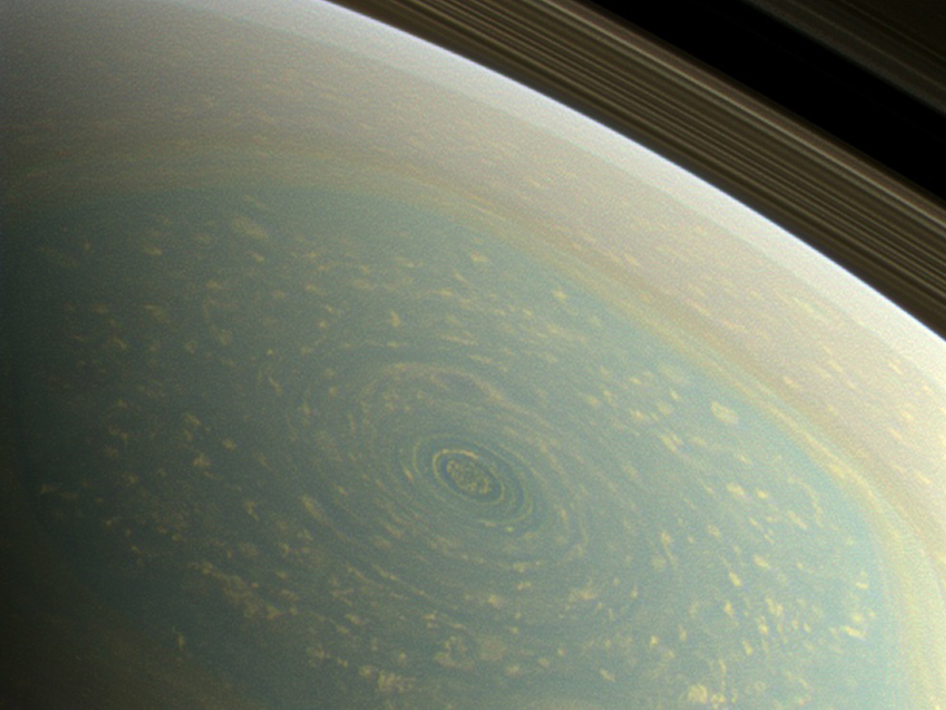 View Larger | The north pole of Saturn, in the fresh light of spring, is revealed in this color image from NASA’s Cassini spacecraft. Image credit: NASA/JPL-Caltech/SSI

Kennelly analyzed phenomena recorded between July 2004 and December 2011 by Cassini’s UI-built Radio and Plasma Wave Science (RPWS) instrument and came to some novel conclusions about how the events are linked. First, he looked at inward-moving “flux tubes” composed of hot, electrically charged gas, called plasma. Focusing on the tubes when they initially formed and before they had a chance to dissipate under the influence of the magnetosphere, he found that the occurrence of the tubes correlates with activity in the northern and southern hemisphere depending upon the season.

This finding may alter how scientists look at the Earth’s magnetosphere and the Van Allen radiation belts that affect a variety of activities at Earth ranging from space flight safety to satellite and cell phone communications.

Commenting on his research experience, Kennelly says, “I’m really happy with the support I’ve received from Don Gurnett’s group. They let me do a lot of the research on my own. I’m really appreciative.” He adds that he will begin applying to graduate schools next semester and plans to earn his doctorate in plasma physics.

In addition to Kennelly, UI researchers include UI postdoctoral scholar Jared Leisner, associate research scientist George Hospodarsky and Donald Gurnett, head of the RPWS instrument investigation and the James A. Van Allen/Roy J. and Lucille A. Carver Professor of Physics and Astronomy.

Via University of Iowa