Students’ attitudes to academic use of social media

New research has shown that university students behave very differently when using social media as part of their academic learning.

Some students happily use social networking to share information about their course with their peers, in a similar way to how they might talk to friends on Facebook.

Others are much more targeted in their use of online tools – and will only log on to get the information they need, when they need it.

Visitors and Residents: mapping student attitudes to academic use of social networks, published in the journal Learning, Media and Technology, was conducted by Fiona Wright, a graduate of the University’s School of Biosciences.

For the study, all 257 undergraduate students in the University’s School of Biological Sciences were asked to use the social media site Google+ as part of a key IT and numeracy skills module. 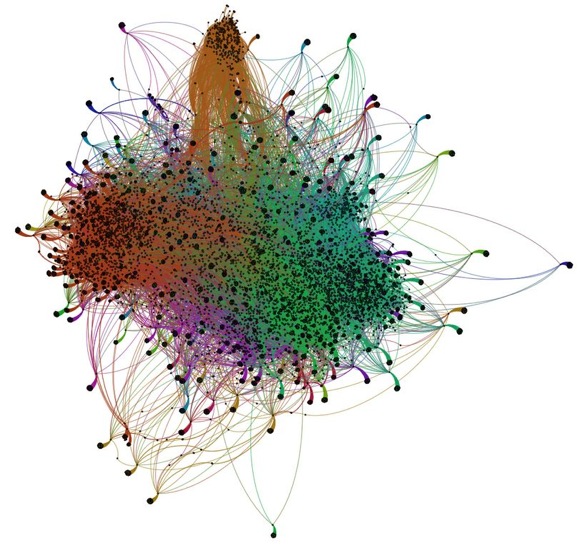 Network visualization diagrams of Google+ networks. Each dot is a person and each line represents an online connection between them. Credit: University of Leicester

The students were able to discuss parts of the module on the site.

At the end of the term, the students had contributed thousands of posts and hundreds of thousands of words to Google+.

The researchers analysed these contributions, along with students’ responses to a questionnaire about how they found the module.

They found that there were significant differences between students’ use of social media – and individual participants displayed “Visitor” and “Resident” characteristics.

The Visitors and Residents model for online engagement was put forward by University of Oxford researchers David White and Dr Alison Le Cornu in 2011.

In this model, “Visitors” use the internet in functional terms as a tool, while “Residents” see the Internet as a social space.

The University of Leicester-led study suggests the Visitors and Residents model is valid – and is the first study to suggest this using statistical methods.

Fiona Wright conducted the study as part of her final year project of her Biological Science degree.

She said: “In order to know how to effectively teach using social media one needs to understand the student’s motivation to use it. Such paradigms, if proven correct, help educators to approach this problem, increasing student engagement with tasks. 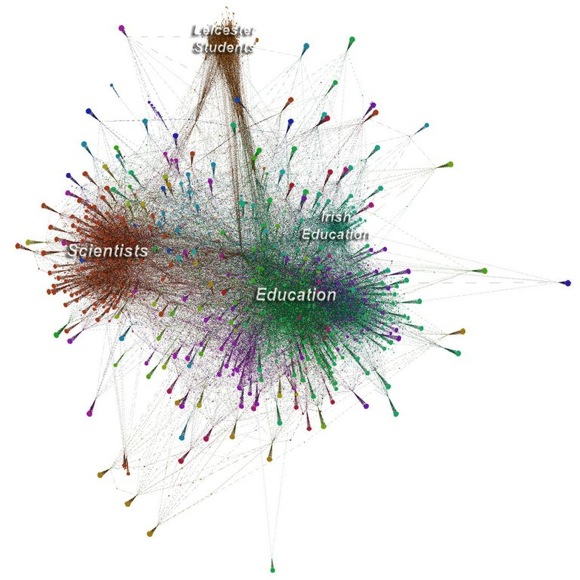 Network visualization diagrams of Google+ networks. Each dot is a person and each line represents an online connection between them. Credit: University of Leicester

“Students of today often spend a large amount of their free time using social media, so if this tool could be used effectively for academic purposes it would be a great resource for teachers in higher education.”

The paper was co-written with Dr Alan Cann, a senior lecturer in the Department of Biology – who leads the IT and Numeracy Skills for Biologists module.

Dr Alan Cann said: “Although social media forms a prominent part of most student’s lives and is increasingly becoming part of academic environments, there has been little work investigating how students use and respond to social networks for formal academic purposes (as opposed to informal use).

“This is some of the first evidence which validates the Visitors and Residents model, and so it gives important insights into students reactions to social tools as part of a working environment.

“Although the Visitor and Resident labels only represent the extremes of a continuum of behaviour, this study has produced statistical evidence that Residents report online tools to be more useful academically than Visitors do.

The full paper can be found at: https://scienceoftheinvisible.blogspot.co.uk/2013/03/visitors-and-residents-mapping-student.html