It looks like the diamond ring effect seen during total solar eclipses. It’s really a distant, dying star and its shell of gas, with another star in front of it. 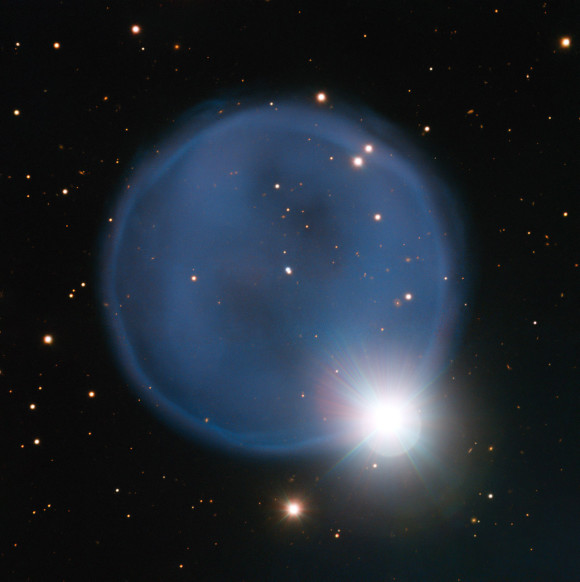 Astronomers at the European Southern Observatory (ESO) in Chile today (April 9, 2014) released this image of the planetary nebula PN A66 33 — usually known as Abell 33 – located roughly 2,500 light-years from Earth. What you see here is the planetary nebula in a chance alignment with a foreground star, named HD 83535. It looks like the famous diamond ring effect created during total solar eclipses, doesn’t it? But it’s something completely different and an example of how nature may create similar patterns in completely different phenomena.

What is a planetary nebula? It has nothing to do with planets. As stars age, they blow off their outer layers. ESO says:

Most stars with masses similar to that of our Sun will end their lives as white dwarfs — small, very dense, and hot bodies that slowly cool down over billions of years. On the way to this final phase of their lives the stars throw their atmospheres out into the space and create planetary nebulae, colourful glowing clouds of gas surrounding the small, bright stellar relics.

The remnant of Abell 33’s progenitor star, on its way to becoming a white dwarf, can be seen slightly off-center inside the nebula. 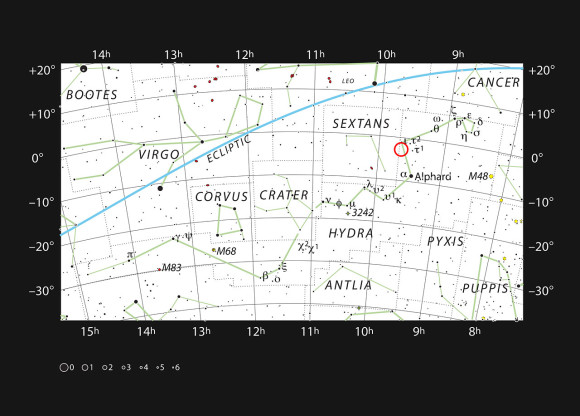 The planetary nebula Abell 33 in the constellation Hydra. Via ESO. 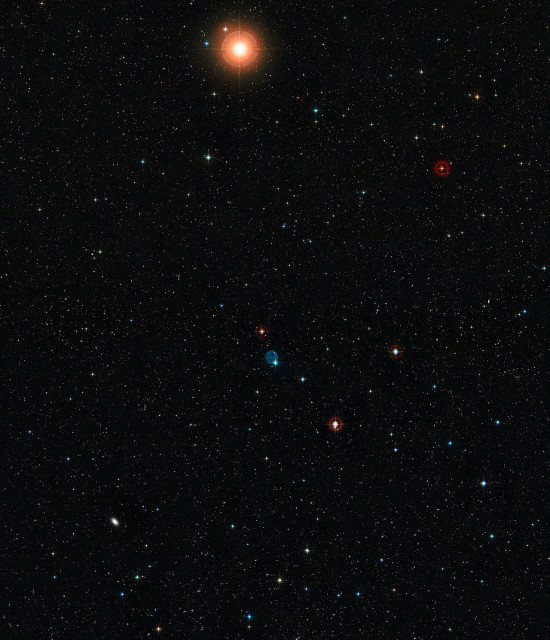 Wide-field view of the sky around Abell 33. Via ESO.

Bottom line: Planetary nebula Abell 33 appears aligned with foreground star in such a way that the two create a “diamond ring effect,” similar to that seen in total solar eclipses.