A new approach is available for real-time monitoring of the structural health of wind turbine components during exposure to turbulence’s.

Physicists have now developed a new method for analysing the elastic characteristics of mechanical structures subjected to disturbances, akin to the turbulences affecting wind turbines. These results are about to be published in EPJ B by Philip Rinn and his colleagues at the ForWind Center for Wind Energy Research at the University of Oldenburg, Germany.

A significant percentage of the costs of wind energy is due to wind turbine failures, as components are weakened under turbulent air flow conditions and need to be replaced. The challenge for the team was to find a method for detecting fatigue in the wind turbines’ parts without having to remove each of the components and while the turbine is in operation. 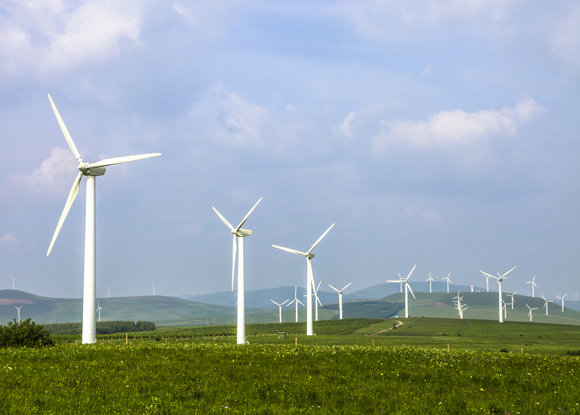 Until now, standard methods have relied on so-called spectral analysis, which looks at the different frequency response. But these measurements are distorted by the turbulent working conditions. As a result, these detection methods often only detect really major damages, like a crack that covers more than 50 percent of a blade. The authors used a simple experimental set-up of undamaged and damaged beam structures and exposed them to excitations containing an element of interfering vibrations, or noise, made by different turbulent wind conditions.

The analytical method they developed enabled them to distinguish between dynamics attributed to mechanical properties such as stiffness of the blade and those attributed to interfering noise, such as turbulences. The authors demonstrated that they were able to precisely detect the changing mechanical properties of the beam material based on an analysis of the mechanical vibrations. Ultimately, when the method is further refined, this could be used to identify material fatigue or untightened screws, for example, and be applied to more complex structures such as automotive or airplane parts.