Some 4.567 billion years ago, our solar system’s planets spawned from an expansive disc of gas and dust rotating around the sun. While similar processes are witnessed in younger solar systems throughout the Milky Way, the formative stages of our own solar system were believed to have taken twice as long to occur. Now, new research lead by the Centre for Star and Planet Formation at the Natural History Museum of Denmark, University of Copenhagen, suggests otherwise. Indeed, our solar system is not quite as special as once believed.

Using improved methods of analysis of uranium and lead isotopes, the current study of primitive meteorites has enabled researchers to date the formation of two very different types of materials, so-called calcium-aluminum-rich inclusions (or CAI’s for short) and chondrules, found within the same meteorite. By doing so, the chronology and therefore overall understanding of our solar system’s development has been altered. The study has just been published in the renowned scientific journal, Science. 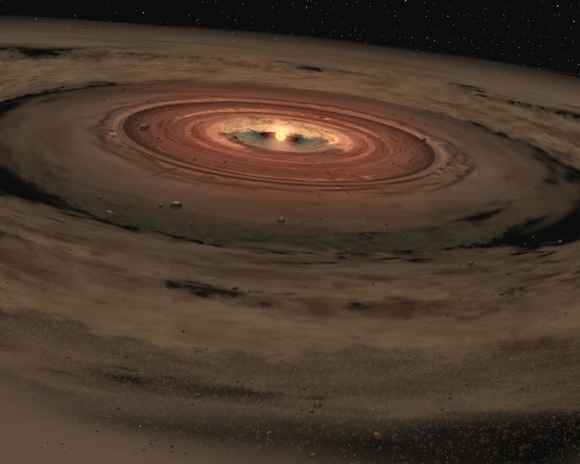 Painting a new picture of the Solar System 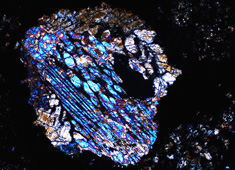 Photo of a chondrule by Henning Haack.

“By using this process to date the formation of these two very different types of materials found in the same meteorite, we are not only able to alter the chronology of our solar system’s historical development, we are able to paint a new picture of our solar system’s development, which is very much like the picture that other researchers have observed in other planetary systems,” says James Connelly of the Centre for Star and Planet Formation.

We aren’t that special…

Showing that chondrules are as old as CAIs addresses a long-standing question of why chondrule formation should be delayed by up to 2 million years after CAIs. The answer – it is not.

“In general, we have shown that we are not quite as unique as we once thought. Our solar system closely resembles other observable planetary systems within our galaxy. In this way, our results serve to corroborate other research results which indicate that earth-like planets are more widespread in the universe than previously believed,” says Professor Martin Bizzarro, head of the Centre for Star and Planet Formation.