Soda and illegal drugs cause similar damage to teeth

You may be shocked to learn that drinking large quantities of your favorite carbonated soda could be as damaging to your teeth as methamphetamine and crack cocaine use.

Addicted to soda? You may be shocked to learn that drinking large quantities of your favorite carbonated soda could be as damaging to your teeth as methamphetamine and crack cocaine use. The consumption of illegal drugs and abusive intake of soda can cause similar damage to your mouth through the process of tooth erosion, according to a case study published in the March/April 2013 issue of General Dentistry, the peer-reviewed clinical journal of the Academy of General Dentistry (AGD).

Tooth erosion occurs when acid wears away tooth enamel, which is the glossy, protective outside layer of the tooth. Without the protection of enamel, teeth are more susceptible to developing cavities, as well as becoming sensitive, cracked, and discolored. 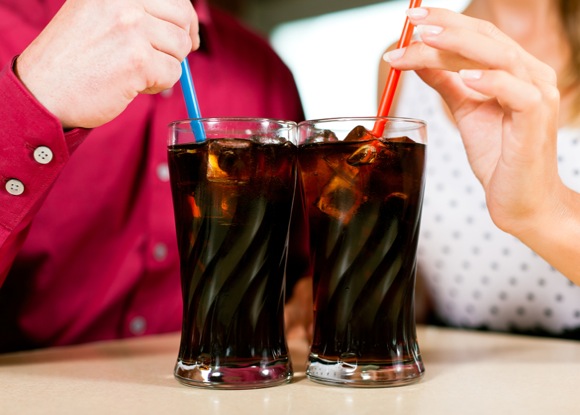 The General Dentistry case study compared the damage in three individuals’ mouths—an admitted user of methamphetamine, a previous longtime user of cocaine, and an excessive diet soda drinker. Each participant admitted to having poor oral hygiene and not visiting a dentist on a regular basis. Researchers found the same type and severity of damage from tooth erosion in each participant’s mouth.

“Each person experienced severe tooth erosion caused by the high acid levels present in their ‘drug’ of choice—meth, crack, or soda,” says Mohamed A. Bassiouny, DMD, MSc, PhD, lead author of the study.

“The citric acid present in both regular and diet soda is known to have a high potential for causing tooth erosion,” says Dr. Bassiouny.

Similar to citric acid, the ingredients used in preparing methamphetamine can include extremely corrosive materials, such as battery acid, lantern fuel, and drain cleaner. Crack cocaine is highly acidic in nature, as well.

The individual who abused soda consumed 2 liters of diet soda daily for three to five years. Says Dr. Bassiouny, “The striking similarities found in this study should be a wake-up call to consumers who think that soda—even diet soda—is not harmful to their oral health.”

AGD Spokesperson Eugene Antenucci, DDS, FAGD, recommends that his patients minimize their intake of soda and drink more water. Additionally, he advises them to either chew sugar-free gum or rinse the mouth with water following consumption of soda. “Both tactics increase saliva flow, which naturally helps to return the acidity levels in the mouth to normal,” he says.

Via Academy of General Dentistry