Reversing blood and freshening it up

A research group explains how they have succeeded in rejuvenating the blood of mice by reversing, or re-programming, the stem cells that produce blood.

The blood of young and old people differs. In an article published recently in the scientific journal Blood, a research group at Lund University in Sweden explain how they have succeeded in rejuvenating the blood of mice by reversing, or re-programming, the stem cells that produce blood.

Stem cells form the origin of all the cells in the body and can divide an unlimited number of times. When stem cells divide, one cell remains a stem cell and the other matures into the type of cell needed by the body, for example a blood cell.*

“Our ageing process is a consequence of changes in our stem cells over time”, explained Martin Wahlestedt, a doctoral student in stem cell biology at the Faculty of Medicine at Lund University, and principal author of the article. 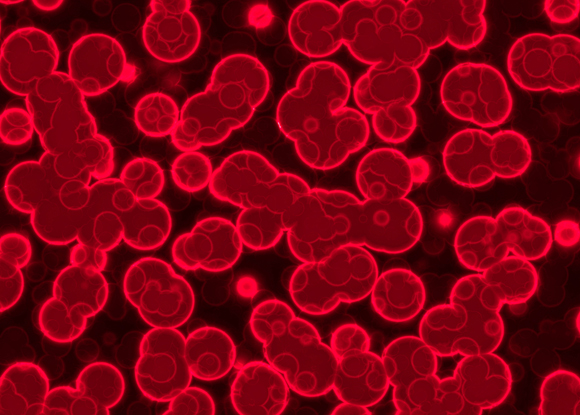 The discovery that forms the basis for the research group’s method was awarded the Nobel Prize in Medicine last year.

The composition of blood is one example of how it ages; blood from a young person contains a certain mix of B- and T-lymphocytes and myeloid cells.***

“In older people, the number of B- and T-lymphocytes falls, while the number of myeloid cells increases”, said Martin Wahlestedt.

When an elderly person is affected by leukaemia, the cancer often has its origin in the myeloid cells, of which the elderly have more. Being able to ‘re-start’ the blood, as Martin and his colleagues have done in their studies on mice, therefore presents interesting possibilities for future treatment.

“There is a lot of focus on how stem cells could be used in different treatments, but all that they are routinely used for in clinical work today is bone marrow transplants for diseases where the blood and immune systems have to be regenerated”, said Martin Wahlestedt, continuing:

“A critical factor that gives an indication of whether the procedure is going to work or not is the age of the bone marrow donor. By reversing the development of the stem cells in the bone marrow, it may be possible to avoid negative age-related changes.”

Even if the composition of the blood in old and young mice is remarkably like that in young and elderly people, Martin Wahlestedt stressed that the science is still only at the stage of basic research, far from a functioning treatment. The research group is pleased with the results, because they indicate that it may not primarily be damage to DNA that causes blood to age, but rather the reversible epigenetic changes.