University of Cincinnati student Shujie Wang has discovered that a good way to monitor the environmental health of Antarctica is to go with the flow – the ice flow, that is.

It’s an important parameter to track because as Antarctica’s health goes, so goes the world’s.

“The ice sheet in Antarctica is the largest fresh water reservoir on Earth, and if it were totally melted, the sea level would rise by more than 60 meters. So it is quite important to measure the ice mass loss there,” says Wang, a doctoral student in geography in UC’s McMicken College of Arts & Sciences. 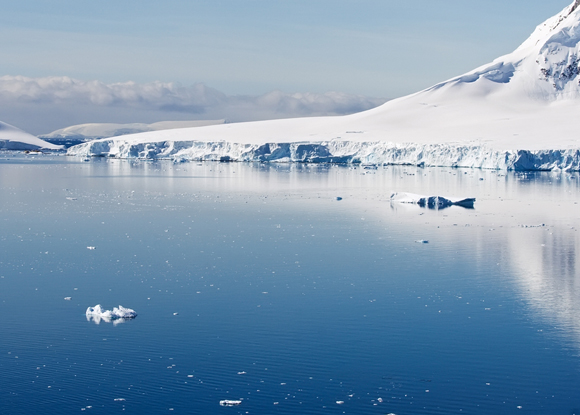 Wang will present her research, “Analysis of Ice Flow Velocity Variations on the Antarctic Peninsula during 1986-2012 Based on Multi-Sensor Remote Sensing Image Time Series,” at the Association of American Geographers annual meeting to be held April 9-13 in Los Angeles. The interdisciplinary forum is attended by more than 7,000 scientists from around the world and features an array of geography-related presentations, workshops and field trips.

Antarctica is 5.5 million square miles of windswept, mountainous ice desert. The fifth largest continent is covered in a sheet of ice that is on average more than a mile thick. Across this province of penguins, outlet glaciers and ice streams funnel chunks of ice into the ocean where they eventually melt in warmer waters. If the ice begins to melt at an abnormally high rate and the sea level rises, a chain reaction of negative ecological effects could take place worldwide. 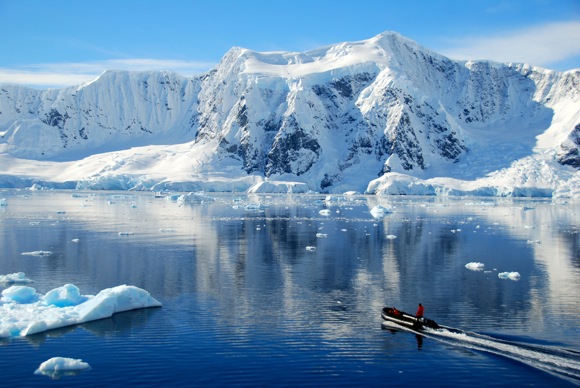 For her research, Wang uses remote-sensing images recorded by satellites to gather data on Antarctica’s ice motion. She’s particularly interested in determining changes in the ice flow velocity, because the faster ice moves, the faster it’s lost. By calculating that velocity at different time intervals, Wang hopes to further understand the process of ice motion and be able to predict changes to Antarctica’s landscape. She’s planning models that simulate the ice sheet dynamics and estimate any influence on the sea level.

“I hope to provide valuable research to the academia of global change studies,” Wang says.

Via University of Cincinnati