A red-tide event in southwest Florida has claimed 174 manatees so far this year, the highest number of red-tide-related deaths in a single calendar year on record.

State and federal scientists are monitoring and responding to manatees affected by the ongoing red tide bloom along the southwest Florida coast.

To help with these efforts, the U.S. Fish and Wildlife Service (Service) and the Florida Fish and Wildlife Conservation Commission (FWC) ask the public to be on the lookout for manatees affected by red tide. Signs that a manatee is affected by red tide include a lack of coordination and stability in the water, muscle twitches or seizures and difficulty lifting its head to breathe. 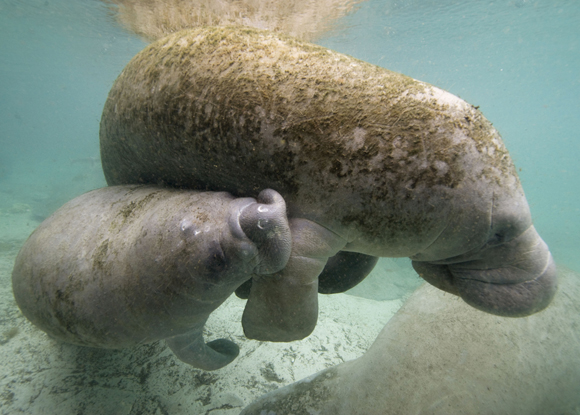 State and federal scientists are collecting and analyzing data aimed at better understanding the long-term impacts of this ongoing event on the manatee population and the impacts of other events including extreme cold snaps from 2009-2011. Manatees are listed as an endangered species under the Endangered Species Act of 1973.

Decades of conservation efforts by many partners have led to population increases, as shown in population models. The growth of the population, and the many conservation measures implemented by the state of Florida, led the Service to begin work on a proposed rule that would reclassify the manatee from Endangered to Threatened, which reflects the overall improved status.

“We are working with the FWC along with other researchers and state partners to assess what is needed immediately in response to this event, as well as what this and other recent events may or may not mean for manatee recovery,” said Leopoldo Miranda, assistant regional director for Ecological Services in the USFWS’s Southeast Regional Office. “Our priority remains the animals, not the process.”

Since first detecting the red tide bloom in late September, the FWC has worked with partners to monitor the bloom and provide up-to-date information to the public about its status.

Via U.S. Fish and Wildlife Service