Predicting a violent volcanic eruption before it happens

These researchers say that the monitoring of repeated slow oscillations in ground swelling and collapse is vital to understanding whether an eruption is imminent.

Volcanoes prone to explosive eruptions exist all over the world, but the warning signs are not well understood. Now, in a new study, a group of scientists including a senior author from Yale identifies the key signals of imminent eruption. The paper appears online in Nature Geoscience. 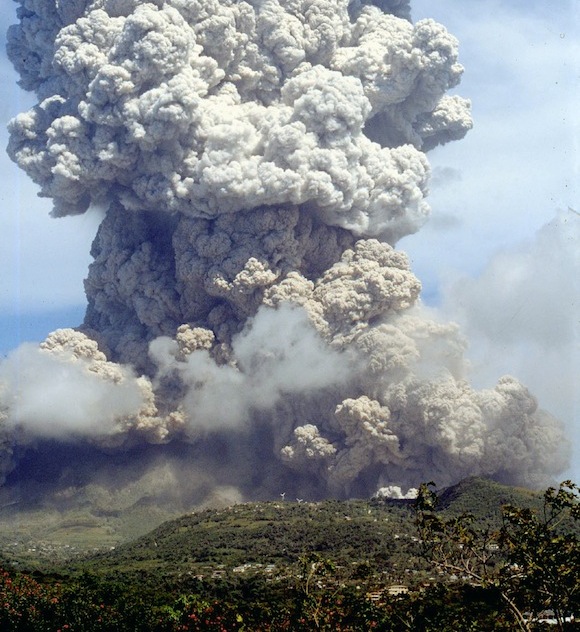 Violent volcanoes exist in areas near oceanic trenches where tectonic plates are sinking into the mantle. The plates drag down water which then facilitates melting in the hot mantle — and drives eruption at the surface. Some examples of these volcanoes include Mt. St. Helens and Mt. Rainier in the United States, Krakatau in Indonesia, Soufrière Hills in Montserrat, and Mt. Pelée on Martinique. Some are famous for historical catastrophes, such as the one on Mt. Pelée in 1902, which killed 30,000 people in the city of St. Pierre.

Volcanological observatories measure activity building up to an eruption — known as precursors — in order to monitor volcanic activity. These destructive volcanoes tend to shake or undergo tremor for hours or minutes before an eruption. But even before tremors, they also can undergo regular, repeated, slow oscillations in ground swelling and collapse, as well as gas release. These oscillations have cycles lasting several hours to a day, and the cycles repeat again and again for many days. Monitoring such long-term activity is vital to understanding whether an eruption is imminent, according to the researchers.

The authors propose that these long, slow oscillations are due to magma gas waves rising up inside the volcanic conduit — the central “chimney” through which magma rises before an eruption. If a layer of magma in the conduit gets particularly bubbly, it will rise more rapidly and travel as a gas-rich pulse or wave. If the pulse is big enough, the gas will expand as it rises, and the pulse will grow. If it’s too big, it will just leak out as it expands, so the pulse won’t grow as well. If it’s too small, the weight of the magma will squeeze the gas and make the pulse shrink and decay.

Therefore, gas pulses need to be just the right size, or waves have to have the right length, in order to survive on their way to the surface, and cause oscillations in ground swelling and gas release. The authors’ model predicting the time length of these cycles matches observations very closely.

Senior author David Bercovici, professor of geophysics at Yale University, said, “These slow magma waves are effectively selected by the magma column and are quite possibly the cause for these volcanic cycles and eruption precursors.”