Astronomers have searched for a Planet X for over a century. Now NASA’s WISE mission suggests Planet X will never be found. 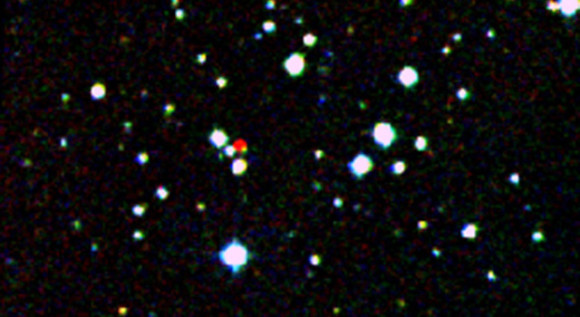 Is the red dot in this photo Planet X? No. It’s just a nearby star standing out in front of the star background, in this image from the Second Generation Digitized Sky Survey. Image via DSS/NASA/JPL-Caltech

After searching hundreds of millions of objects across our sky, NASA’s Wide-Field Infrared Survey Explorer (WISE) has turned up no evidence of the hypothesized celestial body in our solar system commonly dubbed Planet X, NASA announced today (March 7, 2014).

Since before Clyde Tombaugh discovered Pluto in 1930, astronomers have theorized about an additional large, unseen planet in our solar system. In 1906, Percival Lowell became famous for his Planet X searches. He died in 1916, but Clyde Tombaugh had been hired by the observatory Lowell founded – Lowell Observatory in Flagstaff – specifically to search for Lowell’s hypothesized large, unseen Planet X. When Pluto was found, it did not exactly fit the bill. It was too small. And thus the theorizing and speculating about a Planet X continued. 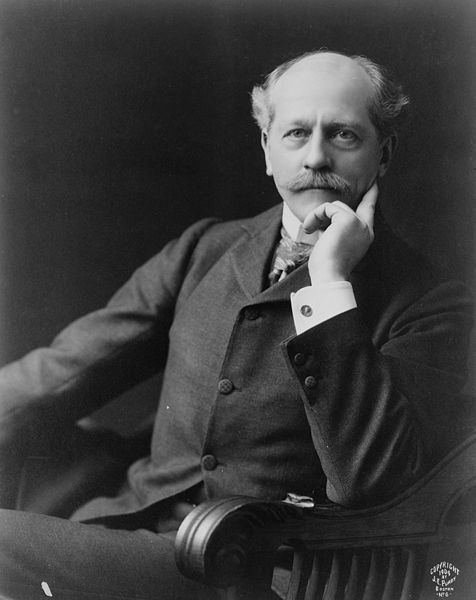 Percival Lowell (1855-1916) was a visionary who hypothesized about an extensive network of canals on Mars and about a large, unseen Planet X. Neither vision has turned out to be reality, but Lowell’s early search for Planet X resulted in the discovery of Pluto in 1930. Image via Wikimedia Commons

In more modern times, the hypothetical planet been called not only Planet X, but, most infamously, Nemesis or Tyche. Some people (usually not astronomers) speculate that this unseen large planet is “hiding” in the Oort Comet Cloud that surrounds our solar system. This unknown planet has been credited with periodic comet “showers” that some claim coincide with mass extinctions on Earth. In recent years, doomsday stories suggest that Planet X itself is heading our way, on a collision course with Earth. Many stories! And yet no sign of a Planet X has ever been found.

The recent WISE mission study suggests it never will be found, because it doesn’t exist. The study involved an examination of WISE data covering the entire sky in infrared light. It found that no object the size of Saturn or larger exists out to a distance of 10,000 astronomical units (AU) from our sun. And no object larger than Jupiter exists out to 26,000 AU.

One astronomical unit equals 93 million miles. Earth is 1 AU, and Pluto about 40 AU, from the sun.

“The outer solar system probably does not contain a large gas giant planet, or a small, companion star,” said Kevin Luhman of the Center for Exoplanets and Habitable Worlds at Penn State University, University Park, Pa., author of a paper in the Astrophysical Journal describing the WISE results.

But searches of the WISE catalog are not coming up empty. A second study reveals several thousand new objects – not in our solar system, but far beyond it – consisting of stars and cool bodies called brown dwarfs.

Read more about the discoveries from WISE at NASA JPL