Charles Dickens’ tales are filled with immortal characters — think of A Christmas Carol’s Scrooge and Great Expectations’ Miss Havisham. But more than whims of literary invention, his characters and plots often deal with the difficult social realities of Victorian England. His portrayal of the disabled — both in terms of medicine and the social discrimination they faced — is no exception.

“Social attitudes towards the disabled can often be traced through art, from ancient times through today,” explains Prof. Avi Ohry of Tel Aviv University’s Sackler Faculty of Medicine, a specialist in rehabilitation medicine and a scholar of the medical humanities. In Dickens’ works, he says, readers are confronted with the stark realities of the 19th century, including poor medical care and social discrimination against the physically disabled and the mentally ill. 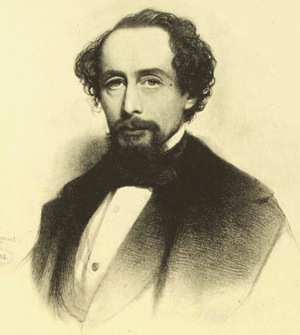 In a recent article for the journal Orthopedia, Traumatologia and Rehabilitacja, Prof. Ohry argues that literature was a way for Dickens to express his ideas for reform and advocate for better treatment of the disabled. Extremely influential, Dickens’ opinions may have gone a long way towards influencing social attitudes — the first step towards improved care and non-discriminatory legislation, he says.

Putting disability in a new light

During Dickens’ time, disabled people were still commonly feared and seen as monstrous, explains Prof. Ohry. In the literature of the 19th century, physical deformities were often interpreted as “outward manifestations of inner depravity” or “punishment for moral failings,” he says.

And while Dickens does portray some of his disabled characters in this way, such as the greedy and ruthless Smallweed in Bleak House, many of his disabled characters are uniquely sympathetic and inspirational — a surprisingly progressive attitude, considering the era’s social prejudices towards the disabled. Examples include the heart-tugging Tiny Tim from A Christmas Carol and Phil Squod, a loyal and good-hearted servant in Bleak House, both of whom are “crippled.” Dickens also took care to differentiate between physical handicaps and mental disabilities or illness, another distinguishing feature of his work.

This kind of advanced thinking was shaped by Dickens’ real life experiences, Prof. Ohry explains. The author’s own experience of illness and poverty, especially in early adulthood, bred a lifelong interest in medical and social conditions. Deeply committed to alleviating the plight of the poor and a frequent visitor at both hospitals and asylums, Dickens maintained close friendships with some of the most notable reformers and doctors of his time.

Learning from the past

Although attitudes towards the disabled have shifted throughout the centuries, there are still lessons to be learned from Dickens’ message. Today’s sociologists and anthropologists who have studied reactions to disabled communities can attest that prejudice remains common, says Prof. Ohry. Ask a healthy individual to sit in a disabled person’s wheelchair, for instance, and often he will refuse, as though the disability is contagious, he adds.

In many arenas, advocates for the sick and infirm are still fighting the battle for greater acceptance of those who are different. Dickens’ passion for social reform and support for those in need resonates even in our modern society, he concludes.