Before they go all-out supernova, certain large stars undergo a sort of “mini-explosion,” throwing a good-sized chunk of their material off into space. Though several models predict this behavior and evidence from supernovae points in this direction, actually observations of such pre-explosion outbursts have been rare. In new research led by Dr. Eran Ofek of the Weizmann Institute, scientists found such an outburst taking place a short time – just one month – before a massive star underwent a supernova explosion. 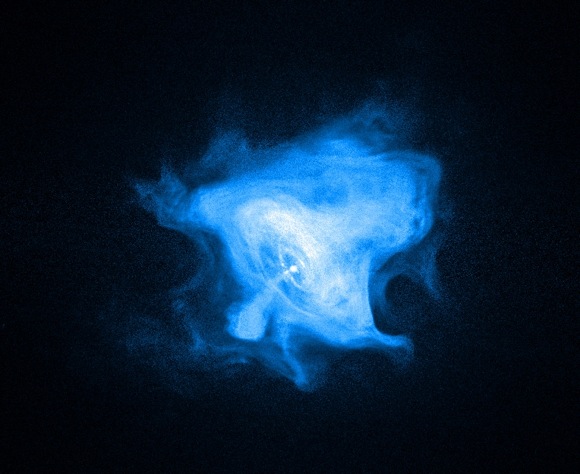 The findings, which appeared today in Nature, help to clarify the series of events leading up to the supernova, as well as providing insight into the processes taking place in the cores of such massive stars as they progress toward the final stage of their lives.

Ofek, a member of the Institute’s Particle Physics and Astrophysics Department, is a participant in the Palomar Transient Factory (PTF) project (led by Prof. Shri Kulkarni of the California Institute of Technology), which searches the skies for supernova events using telescopes at the Palomar Observatory in California. He and a research team from Israel, the UK and the US decided to investigate whether outbursts could be connected to later supernovae by combing for evidence of them in observations that predated PTF supernova sightings, using tools developed by Dr. Mark Sullivan of the University of Southampton.

The fact that they found such an outburst occurring just a little over a month before the onset of the supernova explosion was something of a surprise, but the timing and mass of the ejected material helped them to validate a particular model that predicts this type of pre-explosion event. A statistical analysis showed that there was only a 0.1% chance that the outburst and supernova were unrelated occurrences.

The exploding star, known as a type IIn supernova, began as a massive star, at least 8 times the mass of our sun. As such a star ages, the internal nuclear fusion that keeps it going produces heavier and heavier elements – until its core is mostly iron. At that point, the weighty core quickly collapses inward and the star explodes.

The violence and mass of the pre-explosion outburst they found, says Ofek, point to its source in the star’s core. The material is speedily ejected from the core straight through the star’s surface by the excitation of gravity waves. The researchers believe that continued research in this direction will show such mini-explosions to be the rule for this type of supernova.

Via Weizmann Institute of Science