The discovery could ultimately help scientists explain why the universe contains matter but very little antimatter. 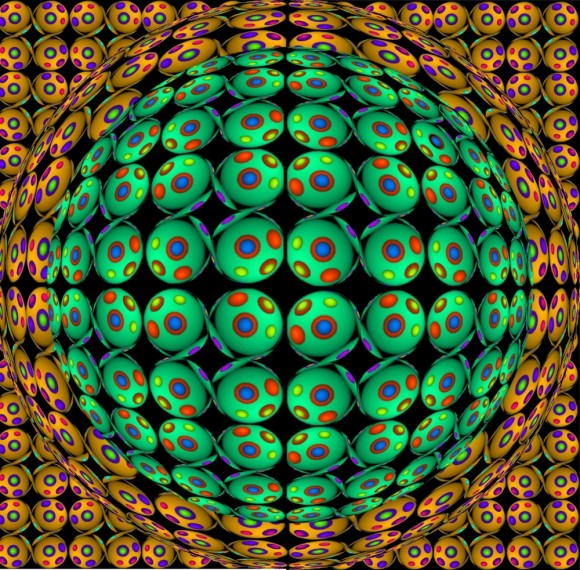 International research including the UK and Japan has confirmed that subatomic particles called neutrinos have a new form of identity-shifting property. Announced today (19 July 2013) these results could one day help scientists explain why the universe contains matter but very little antimatter.

The findings are further confirmation from the T2K neutrino experiment in Japan of neutrinos changing between different types, or oscillating, in a new way.

Dr Alfons Weber, Professor of Physics at STFC and the University of Oxford is one of many scientists in the UK working on T2K – he designed the electronics for the experiment. He explains: “The UK particle physics community was one of the driving forces behind this experiment. We not only provided part of the detector that characterises the beam, but also designed the target that produces the neutrinos in the first place. The long years of hard work have now come to fruition.

“Our findings now open the possibility to study this process for neutrinos and their antimatter partners, the anti-neutrinos. A difference in the rate of electron or anti-electron neutrino being produced may lead us to understand why there is so much more matter than antimatter in the universe. The neutrino may be the very reason we are here.”
In 2011, the T2K collaboration announced the first indication of this process. Now with 3.5 times more data and a significance of 7.5 sigma, this behaviour is firmly established and can now be called a discovery.

To explore the neutrinos’ oscillations, the T2K experiment fired a beam of neutrinos from the J-PARC laboratory at Tokai Village on the eastern coast of Japan, and detected them at the Super-Kamiokande neutrino detector, 295 km away in the mountains of the north-western part of the country. Here, the scientists looked to see if the neutrinos at the end of the beam matched those emitted at the start.

They found 22.5 neutrinos appearing in the beam of muon neutrinos, where if there were no oscillations they only expected to see an average of 6.4. This indicates the discovery of the new type of oscillation. Now the team must make more accurate measurements of this new oscillation, and then run their experiment with an anti-neutrino beam to see if the results change.

Professor Dave Wark of the Science and Technology Facilities Council (STFC) and Oxford University, leads the UK’s involvement in the international experiment. He said: “It’s a joy to see T2K deliver the science we designed it for. I have been working on this for more than a decade, and what these results tell us is that we have more than another decade of work ahead of us.

“We have seen a new way for neutrinos to change, and now we have to find out if neutrinos and anti-neutrinos do it the same way. If they don’t, it may be a clue to help solve the mystery of where the matter in the universe came from in the first place. Surely answering that is worth a couple of decades of work!”

STFC is the UK sponsor of particle physics and supports the UK universities involved in the T2K experiment.