Most sustainable office building in the world

In Munich, a newly erected office building – called the NuOffice – has been awarded an internationally recognized green design certification in platinum. 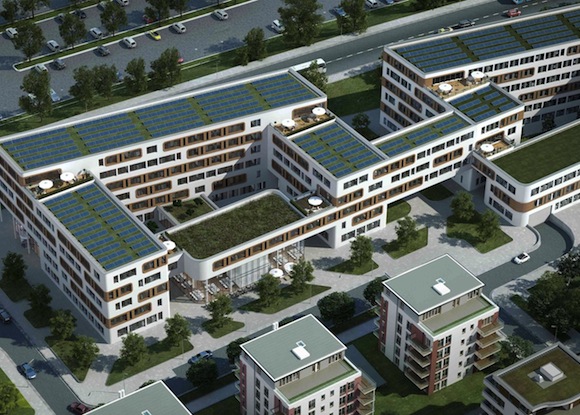 The NuOffice in Munich. See more photos here, at NuGallery.

The European-funded research project DIRECTION supported the project. Thick insulated exterior walls and triple glazed windows provide a good thermal insulation. Scientists from the Fraunhofer Institute for Building Physics (IBP) in Germany were also involved. Their aim was to optimize energy reduction as well as to adopt renewable energy resources. To do so, they used radiant heating and cooling systems, switchable glazing and innovative insulating material. 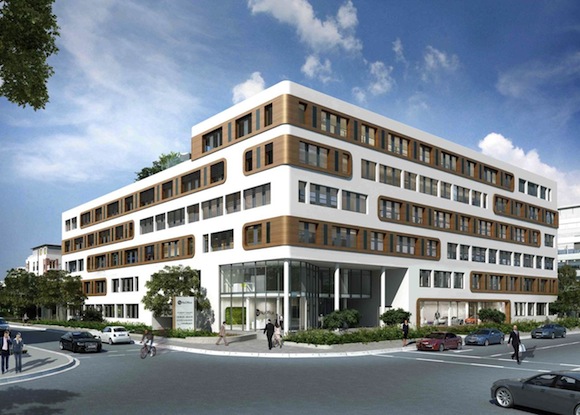 “At the end of the year we expect a primary energy consumption of about 30 kilowatt-hours per square meter and year,” says Michael Krause, group manager Systems Engineering at the department for Energy Systems at IBP. “Conventional new office buildings which don’t have any ambitions concerning energy savings range between 100 and 150 kilowatt-hours per square meter and year.”

Compared to older office buildings he expects an energy saving of up to 90%.

The tenants appreciate the low energy consumption of the building; especially, as local energy costs have been rising by more than 50% in the past 10 years.

Check out more images at NuGallery