Aluminum has always been the primary material in spacecraft construction, but it provides relatively little protection against high-energy cosmic rays and can add so much mass to spacecraft that they become cost-prohibitive to launch. 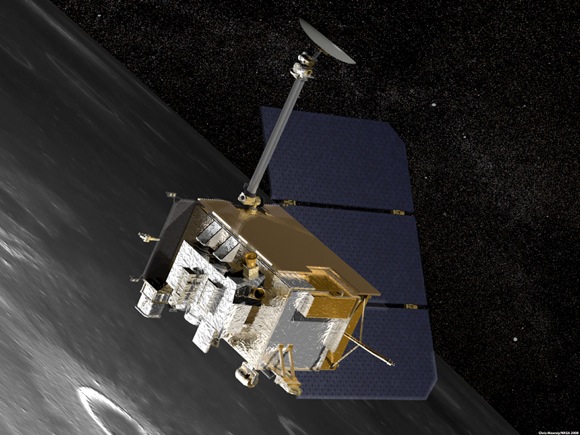 Artist’s conception of NASA’s Lunar Reconnaissance Orbiter above the Moon. The Cosmic Ray Telescope for the Effects of Radiation (CRaTER) instrument is visible in the center of the image at the bottom left corner of the spacecraft. Image courtesy of NASA.

The scientists have published their findings online in the American Geophysical Union journal Space Weather. Titled “Measurements of Galactic Cosmic Ray Shielding with the CRaTER Instrument,” the work is based on observations made by the Cosmic Ray Telescope for the Effects of Radiation (CRaTER) on board the LRO spacecraft. Lead author of the paper is Cary Zeitlin of the SwRI Earth, Oceans, and Space Department at UNH. Co-author Nathan Schwadron of the UNH Institute for the Study of Earth, Oceans, and Space is the principal investigator for CRaTER.

Says Zeitlin, “This is the first study using observations from space to confirm what has been thought for some time—that plastics and other lightweight materials are pound-for-pound more effective for shielding against cosmic radiation than aluminum. Shielding can’t entirely solve the radiation exposure problem in deep space, but there are clear differences in effectiveness of different materials.”

The plastic-aluminum comparison was made in earlier ground-based tests using beams of heavy particles to simulate cosmic rays. “The shielding effectiveness of the plastic in space is very much in line with what we discovered from the beam experiments, so we’ve gained a lot of confidence in the conclusions we drew from that work,” says Zeitlin. “Anything with high hydrogen content, including water, would work well.”

The space-based results were a product of CRaTER’s ability to accurately gauge the radiation dose of cosmic rays after passing through a material known as “tissue-equivalent plastic,” which simulates human muscle tissue. Prior to CRaTER and recent measurements by the Radiation Assessment Detector (RAD) on the Mars rover Curiosity, the effects of thick shielding on cosmic rays had only been simulated in computer models and in particle accelerators, with little observational data from deep space.

The CRaTER observations have validated the models and the ground-based measurements, meaning that lightweight shielding materials could safely be used for long missions, provided their structural properties can be made adequate to withstand the rigors of spaceflight.

Since LRO’s launch in 2009, the CRaTER instrument has been measuring energetic charged particles—particles that can travel at nearly the speed of light and may cause detrimental health effects—from galactic cosmic rays and solar particle events. Fortunately, Earth’s thick atmosphere and strong magnetic field provide adequate shielding against these dangerous high-energy particles.

Via University of New Hampshire