It turns out that alligators do not live on meat alone. Neither do Nile crocodiles. A new study led by the Wildlife Conservation Society says that the American alligator and a dozen other crocodile species enjoy an occasional taste of fruit along with their normal meat-heavy diets of mammals, birds, and fish. 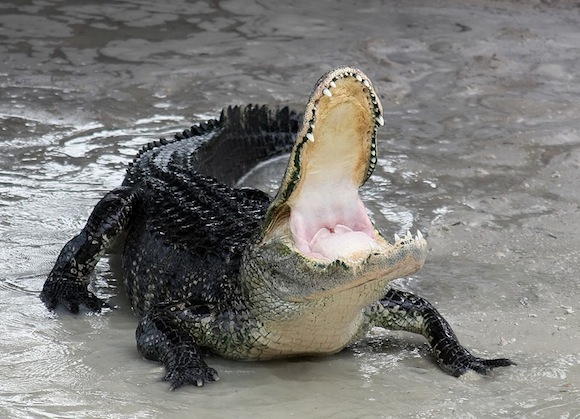 The study gives new insight into the possible role that crocodilians, some of which have large territories, may play in forest regeneration through digesting and passing seeds from fruits.

The authors looked at 18 species of crocodilian ranging from the American alligator to the fearsome Nile crocodile and found 13 of the species consumed some form of fruit including a variety of berries, legumes, nuts, and grains.

While the authors say some of the fruit ingestion may have been incidental to prey capture, evidence shows that other fruit is consumed deliberately and in large quantities. Much remains to be learned about how crocodilians process carbohydrates and other plant-based nutrients, though studies suggests that fruit eating is likely to yield nutritional rewards for crocodilians.

“Although underreported, fruit eating appears widespread among crocodilians,” said the study’s lead author, Steven Platt of the Wildlife Conservation Society. “Given the biomass of crocodiles in many subtropical and tropical wetlands and their capacity for ingesting large numbers of fruits, we consider it likely that crocodilians function as significant seed dispersal agents in many freshwater ecosystems.”