Mate choice in mice is heavily influenced by paternal cues

Hybrid offspring of different house mice populations show a preference for mating with individuals from their father’s original population.

Mate choice is a key factor in the evolution of new animal species. The choice of a specific mate can decisively influence the evolutionary development of a species. In mice, the attractiveness of a potential mate is conveyed by scent cues and ultrasonic vocalizations. Researchers from the Max Planck Institute for Evolutionary Biology in Plön investigated whether house mice (Mus musculus) would mate with each other even if they were from two populations which had been separated from each other for a long time period.

To do this, the researchers brought together mice from a German population and mice from a French population. Although to begin with all the mice mated with one another randomly, the hybrid offspring of French and German parents were distinctly more choosy: they showed a definite preference for mating with individuals from their father’s original population. According to the researchers, this paternal imprinting accelerates the divergence of two house mouse populations and thus promotes speciation. 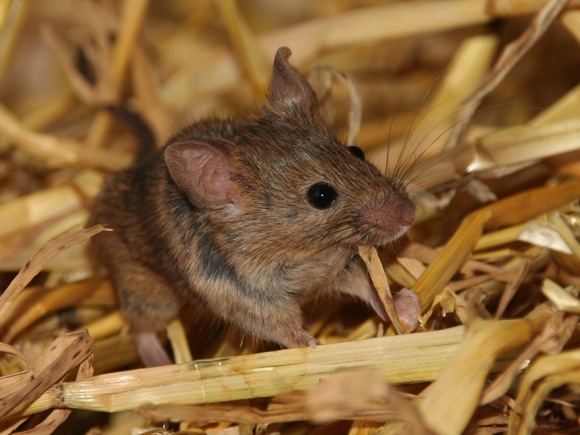 Mice communicate with each other using ultrasonic vocalizations. This “mouse song” expresses individuality and kinship, especially in male mice. Later in life, individual mice prefer to mate with mice that speak the same language they do. Credit: MPI for Evolutionary Biology

In allopatric speciation, individuals of a species become geographically isolated from each other by external factors such as mountains or estuaries. Over time, this geographic separation leads to the sub-populations undergoing various mutations, and thus diverging genetically. Animals from the two different sub-populations can no longer successfully reproduce, so two new species evolve.

To find out what role partner selection plays in such speciation processes, Diethard Tautz from the Max Planck Institute for Evolutionary Biology and his colleagues conducted a comprehensive study on house mice – the classic model organisms of biology. “To investigate whether there are differences in the mating behaviour of the mice in the early stages of speciation, we caught wild house mice in southern France and western Germany. The two populations have been geographically separate for around 3,000 years, which equates to some 18,000 generations,” says Diethard Tautz. Due to this geographical separation, the French and German mice were genetically different.

The Plön-based researchers created a semi-natural environment for their investigations – a sort of “Playboy Mansion” for mice. The research enclosure was several square meters in size and was divided up using wooden walls, “nests” made out of plastic cylinders, and plastic tubes. It also featured an escape tube with several entrances, which led into a cage system nearby. “We constructed the enclosure in such a way that all animals had unimpeded access to all areas, but thanks to the structural divisions were also able to create their own territories or retreat into nests,” explains Tautz. “The escape tube was a control element. If the mice retreated to it only very seldom – as was the case in our experiment – then we could be sure there was no overpopulation in the central enclosure.”

In this central enclosure, the French and German mice had both time and space to mate with each other and reproduce. “At first, all the mice mated with each other quite randomly. But with the first-generation offspring, a surprising pattern emerged,” says Tautz. When the first-generation hybrid offspring of mixed French and German parentage mated, they showed a specific preference for pure-bred mates whose “nationality” was that of their father only. “There must be some kind of paternal influence that prompts the hybrid mice to choose a mate from a specific population, namely that of their father,” concludes the biologist, based on the results of his study. “This imprinting must be learned, however, meaning that the animals must grow up in the presence of their fathers. This was not the case for the original mice, which were kept in cages for a time after being caught.” 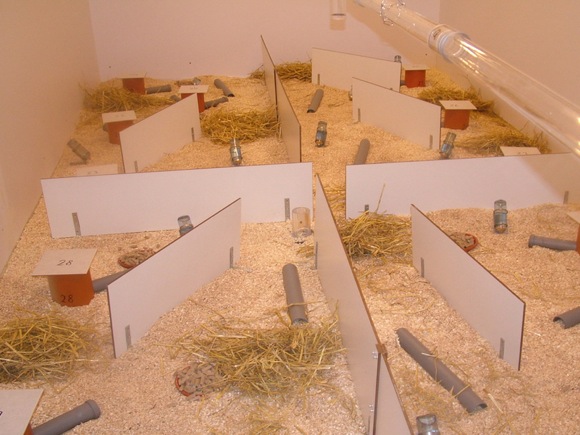 Special German-French relations: In the “Playboy Mansion” for happy mouse encounters, the offspring of German-French partners later showed a specific mating preference for partners that had the same “nationality” as their father. Credit: MPI for Evolutionary Biology

“We know that mice use ultrasonic vocalizations to communicate with each other and that particularly in the case of male mice these vocalizations can reveal signals of individuality and kinship. We believe that, like birdsong, the vocalizations of the males have a learned component and a genetic component,” says Tautz. Therefore, French and German mice really could “speak” different languages, partly learned from their fathers, partly inherited from them. Individual mice thus have a mating preference for mice that speak the same language as they do.

The French and German mouse populations had evidently been geographically separated long enough for preliminary signs of species differentiation to be apparent as regards mating preferences. In addition, another aspect of mating behavior also sped up the speciation process. Although mice have multiple mates, the researchers found evidence of partner fidelity and inbreeding. The tendency to mate with relatives fosters the creation of genetically uniform groups. When both occur together, this accelerates the speciation process.

In a next step, Diethard Tautz wants to find out whether the vocalizations of the mice play the decisive role in paternal imprinting, or if scent cues are also involved. Furthermore, the biologist wants to identify the genes that are involved in mate selection.