Scientists thought cold temperatures caused the angular rock formations in South African mountain landscapes. But mountains may be less stable than we knew.

Lightning strikes causing rocks to explode have for the first time been shown to play a huge role in shaping mountain landscapes in southern Africa, debunking previous assumptions that angular rock formations were necessarily caused by cold temperatures, and proving that mountains are a lot less stable than we think.

In a world where mountains are crucial to food security and water supply, this has vast implications, especially in the context of climate change. 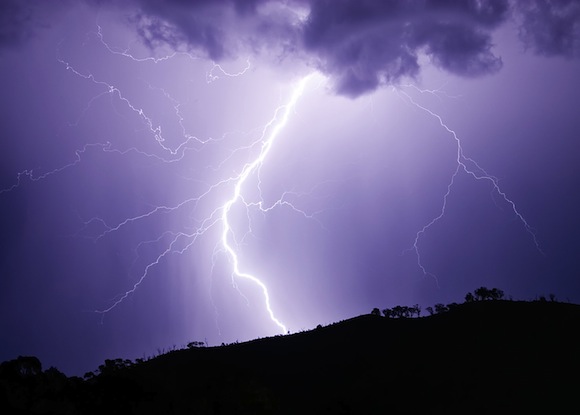 Professors Jasper Knight and Stefan Grab from the School of Geography, Archaeology and Environmental Studies at Wits University used a compass to prove – for the first time ever – that lightning is responsible for some of the angular rock formations in the Drakensburg.

“A compass needle always points to magnetic north. But when you pass a compass over a land’s surface, if the minerals in the rock have a strong enough magnetic field, the compass will read the magnetic field of the rock, which corresponds to when it was formed. In the Drakensburg, there are a lot of basalt rocks which contain a lot of magnetic minerals, so they’ve got a very strong magnetic signal,” says Knight.

If you pass a compass over an area where a lightning strike occurred, the needle will suddenly swing through 360 degrees.

Because of the movement of continents, magnetic north for the newly formed rock will be different from that of the older rock around it. “You have two superimposed geomagnetic signatures. It’s a very useful indicator for identifying the precise location of where the lightning struck.”

Knight and Grab mapped out the distribution of lightning strikes in the Drakensburg and discovered that lightning significantly controls the evolution of the mountain landscapes because it helps to shape the summit areas – the highest areas – with this blasting effect.

Previously, angular debris was assumed to have been created by changes typical of cold, periglacial environments, such as fracturing due to frost. Water enters cracks in rocks and when it freezes, it expands, causing the rocks to split apart. 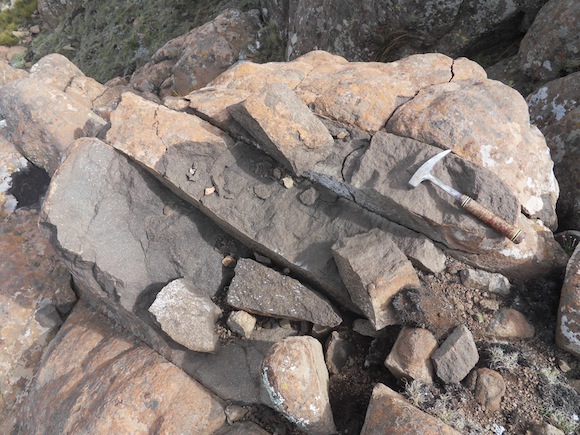 Knight and Grab are challenging centuries old assumptions about what causes mountains to change shape. “Many people have considered mountains to be pretty passive agents, just sitting there to be affected by cold climates over these long periods of time.

“This evidence suggests that that is completely wrong. African mountain landscapes sometimes evolve very quickly and very dramatically over short periods of time. These are actually very sensitive environments and we need to know more about them.”

It is also useful to try and quantify how much debris is moved by these blasts which can cause boulders weighing several tonnes to move tens of metres.

“We can identify where the angular, broken up material has come from, trace it back to source, and determine the direction and extent to which the debris has been blasted on either side. Of course we know from the South African Weather Service how many strikes hit the land’s surface, so we can estimate how much volume is moved per square kilometre per year on average,” says Knight.

The stability of the land’s surface has important implications for the people living in the valleys below the mountain. “If we have lots of debris being generated it’s going to flow down slope and this is associated with hazards such as landslides,” said Knight.

Mountains are also inextricably linked to food security and water supply. In Lesotho, a country crucial to South Africa’s water supply, food shortages are leading to overgrazing, exposing the rock surface and making mountain landscapes even more vulnerable to weathering by lightning and other processes.

Knight hopes that this new research will help to put in place monitoring and mitigation to try and counteract some of the effects. “The more we increase our understanding, the more we are able to do something about it.”

Via University of the Witwatersrand, Johannesburg