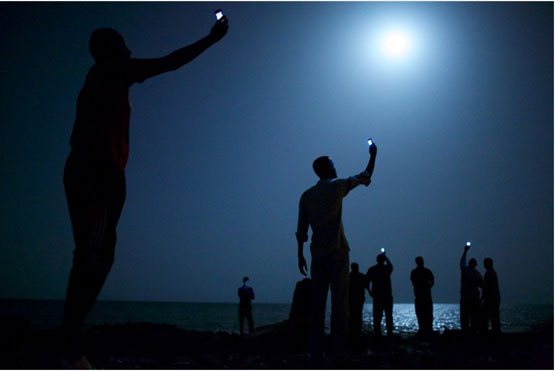 I saw on PDNpulse this morning (February 14, 2014) that American photographer John Stanmeyer has won the 2013 World Press Photo of the Year. This is the winning photo. It’s an image depicting African migrants standing on the beach in Djibouti, holding mobile phones aloft in an effort to get an inexpensive wireless signal from neighboring Somalia so they could reach family abroad.

Read more about this award and this photo at pdnpulse.pdnonline.com