NASA routinely studies lightning space to aid in weather forecasting. A new instrument is being planning for a 2016 launch. 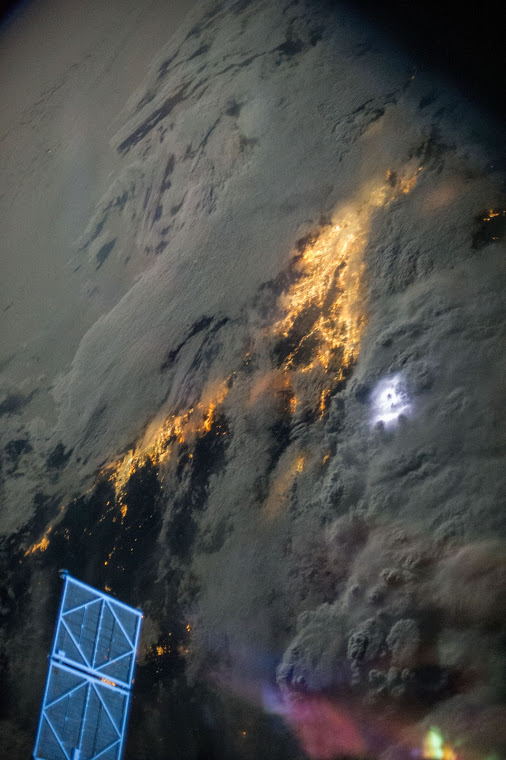 Astronauts aboard the International Space Station captured this image of storm clouds over California. The white glow to the right of center is lightning. The yellow lit areas beneath the clouds are night lights from Los Angeles and San Diego. Image via NASA.

Researchers at NASA’s Marshall Space Flight Center in Huntsville, Alabama, began studying lightning from space in 1997, with a sophisticated piece of flight hardware called a Lightning Imaging Sensor launched into space as part of NASA’s Tropical Rainfall Measuring Mission (TRMM). The sensor had a three-year baseline mission and delivered data used to improve weather forecasts. It continues to operate successfully aboard the TRMM satellite today. Now these scientists are going to launch a second lightning sensor to space aboard a SpaceX rocket, this time to the International Space Station. The flight is scheduled for early 2016. Once mounted to ISS, the lightning sensor will have at least a two-year baseline mission.