Study authors say this is the first study to link greenhouse gas emissions directly to warmer temperature extremes in a single country, rather than on a global scale.

Humans are responsible for increasingly warm daily minimum and maximum temperatures in China, new research suggests. The study is the first to directly link greenhouse gas emissions with warmer temperature extremes in a single country, rather than on a global scale, according to the paper’s authors.

“There is a warming in extreme temperatures over China, and this warming cannot be explained by natural variation,” said Qiuzi Han Wen, an author on this paper and a researcher at the Institute of Atmospheric Physics in Beijing, China. “It can only be explained by the anthropogenic external forcings. These findings indicate very clearly that climate change is not just an abstract number for the globe; it is evident at regional scale.” 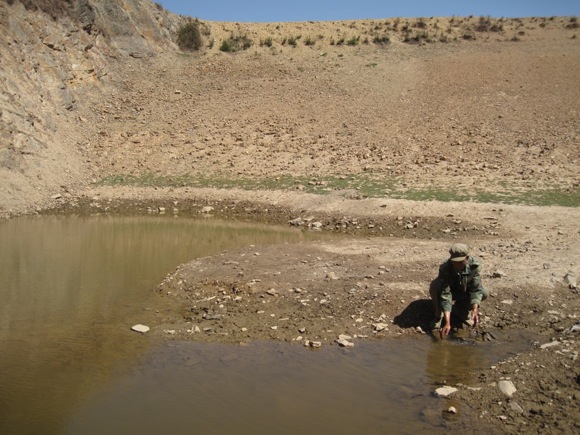 The study was recently published in Geophysical Research Letters—a journal of the American Geophysical Union.

To identify the human influence on temperatures, researchers from Beijing and Toronto compared data from climate change models with actual observations from 2,400 weather stations in China gathered between 1961 and 2007.

“The climate model produces historical simulations to mimic what would have happened under different influences—such as human-induced greenhouse gas emissions and volcanic activities—and produces many possible outcomes”,” said Xuebin Zhang, an author on the paper and a researcher in the Climate Research Division of Environment Canada in Toronto. “If we average these possible outcomes, the day-to-day weather noise cancels out, leaving us with a general trend.”

The climate model reproduces China’s present reality only if human emissions are included, indicating that global warming is indeed the culprit for China’s warmer day and nighttime temperatures and not natural weather fluctuations, Zhang said.

“Actually seeing a warming trend in a single location is hard,” Zhang said. “It’s like trying to see the tide change when you’re in a rowboat going up and down on the waves. You need a lot of data to distill the day-to-day weather noise from the general trend.”

Wen asserts greenhouse gases already in the atmosphere will continue to affect China’s climate for years to come, regardless of mitigation measures taken to reduce future emissions. “As a result, we expect warming in China will continue into the future, and consequently warming in extreme temperatures will also continue,” Wen said. “This will have huge implications for China, as heat waves and drought have already become more and more of an issue in our country. We would expect more hardship for dry-land farming as water supply is already stressed, higher demand on energy for cooling, and increasing heat-induced health issues.”

Zhang stresses that the results of this study highlight that climate change is an urgent issue for China and that warming is already taking a toll on the country.

“There are heat waves almost everywhere in China and we’re seeing more droughts,” Zhang said. “China is getting much warmer, and people are very concerned.”