The newest public health threat in Africa, scientists have found, is coming from a previously unknown source: the banded mongoose.

Leptospirosis is the world’s most common illness transmitted to humans by animals. It’s a two-phase disease that begins with flu-like symptoms. If untreated, it can cause meningitis, liver damage, pulmonary hemorrhage, renal failure and death.

“The problem in Botswana and much of Africa is that leptospirosis may remain unidentified in animal populations but contribute to human disease, possibly misdiagnosed as other diseases such as malaria,” said disease ecologist Kathleen Alexander of Virginia Tech. 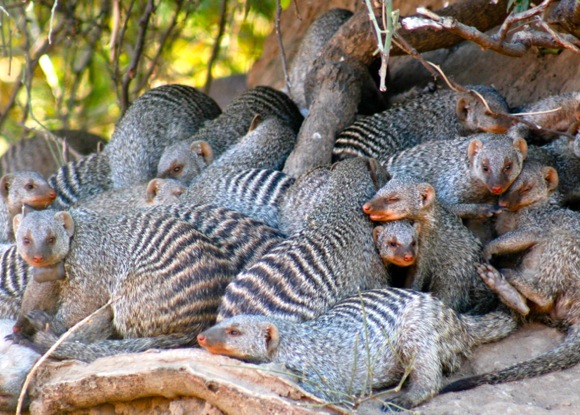 Banded mongoose troops are radio-collared and tracked across the landscape in Botswana. Credit: B. Fairbanks, Virginia Tech

With a grant from the National Science Foundation’s (NSF) Coupled Natural and Human Systems Program, Alexander and colleagues found that the banded mongoose in Botswana is infected with Leptospira interrogans, the pathogen that causes leptospirosis.

Coupled Natural and Human Systems is part of NSF’s Science, Engineering and Education for Sustainability investment and is supported by NSF’s Directorates for Biological Sciences; Geosciences; and Social, Behavioral and Economic Sciences.

“The transmission of infectious diseases from wildlife to humans represents a serious and growing public health risk due to increasing contact between humans and animals,” said Alan Tessier, program director in NSF’s Division of Environmental Biology. “This study identified an important new avenue for the spread of leptospirosis.”

The results are published today in a paper in the journal Zoonoses and Public Health. The paper was co-authored by Alexander, Sarah Jobbins and Claire Sanderson of Virginia Tech.

The banded mongoose, although wild, lives in close proximity to humans, sharing scarce water resources and scavenging in human waste.

Mongoose, along with other species such as warthogs, are experts at finding human trash. Credit: P. Laver, Virginia Tech

The disease-causing pathogen it carries can pass to humans through soil or water contaminated with infected urine.

Mongoose and other species are consumed as bushmeat, which may also contribute to leptospirosis exposure and infection in humans.

“I was convinced that we were going to find Leptospira interrogans in some species in the ecosystem,” said Alexander.

“The pathogen had not been reported previously in Botswana, with the exception of one cow more than a quarter of a century ago.

“We looked at public health records dating back to 1974 and there were no records of any human cases of leptospirosis. Doctors said they were not expecting to see the disease in patients. They were not aware that the pathogen occurred in the country.”

Alexander conducted a long-term study of human, wildlife and environmental health in the Chobe District of Northern Botswana, an area that includes the Chobe National Park, forest reserves and surrounding villages.

“This pathogen can infect many animals, both wild and domestic, including dogs,” said Jobbins. “Banded mongoose is likely not the only species infected.”

The researchers worked to understand how people, animals and the environment are connected, including the potential for diseases to move between humans and wildlife.

“Diseases such as leptospirosis that have been around for a very long time are often overlooked amid the hunt for the next newly emerging disease,” Alexander said. 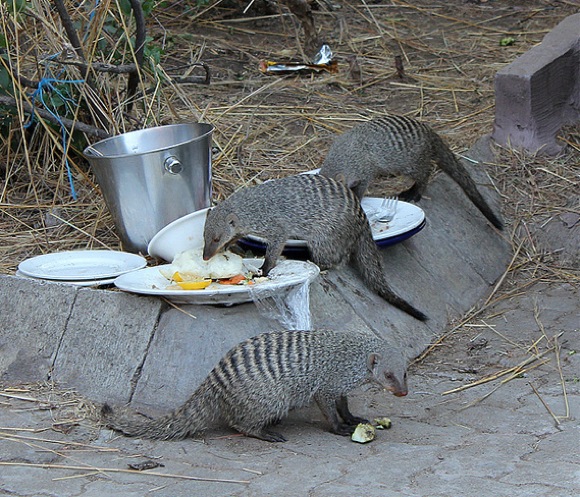 Leptospirosis was first described in 1886, said Jobbins, “but we still know little about its occurrence in Africa.”

With the new identification of leptospirosis in Botswana, Alexander is concerned about the public health threat it may pose to the immunocompromised population there. Some 25 percent of 15- to 49-year-olds are HIV positive.

“In much of Africa, people die without a cause being determined,” she said.

“Leptospirosis is likely affecting human populations in this region. But without knowledge that the organism is present in the environment, overburdened public health officials are unlikely to identify clinical cases in humans, particularly if the supporting diagnostics are not easily accessible.”

The researchers looked for Leptospira interrogans in archived kidneys collected from banded mongoose that had been found dead from a variety of causes. Of the sampled mongoose, 43 percent tested positive for the pathogen.

“Given this high prevalence in the mongoose, we believe that Botswana possesses an as-yet-unidentified burden of human leptospirosis,” said Jobbins.

“There is an urgent need to look for this disease in people who have clinical signs consistent with infection.”

Because banded mongoose have an extended range across sub-Saharan Africa, the results have important implications for public health beyond Botswana.

“Investigating exposure in other wildlife, and assessing what species act as carriers, is essential for improving our understanding of human, wildlife, and domestic animal risk of leptospirosis in this ecosystem,” the scientists write in their paper.

The paper also cites predictions that the region will become more arid, concentrating humans and animals around limited water supplies and increasing the potential for disease transmission.

“Infectious diseases, particularly those that can be transmitted from animals, often occur where people are more vulnerable to environmental change and have less access to public health services,” said Alexander.

“That’s particularly true in Africa. While we’re concerned about emerging diseases that might threaten public health–the next new pandemic–we need to be careful that we don’t drop the ball and stop pursuing important diseases like leptospirosis.”

Alexander is working to identify immediate research and management actions–in particular, alerting frontline medical practitioners and public health officials to the potential for leptospirosis in humans.