Asteroid P/2013 R3 has been caught in the act of breaking into pieces. This is the first time astronomers have seen an asteroid break up.

View larger. | This series of images shows the asteroid P/2013 R3 breaking apart, as viewed by the Hubble Space Telescope in 2013. There are now 10 distinct objects, each with comet-like dust tails, embedded within the asteroid’s dusty envelope. The four largest rocky fragments are up to 200 meters in radius, about twice the length of a football field. The date increases from left to right, with frames from 29 October 2013, 15 November 2013, 13 December 2013, and 14 January 2014 respectively.

The Hubble Space Telescope has captured sequential images of something we’ve never seen before: an asteroid breaking into pieces. Asteroid P/2013 R3 was observed as a fuzzy object in September 2013. By October 2013, it had fragmented into three smaller pieces. Observations in January 2014 with the Hubble Space Telescope show 10 pieces making up asteroid p/2013 R3. Each of the pieces has a comet-like dust tail.

Fragile icy comet nuclei have been seen to fall apart as they approach the sun. But asteroids are not, by definition, fragile icy bodies. They are chunks of rock or metal. David Jewitt of UCLA, who led the astronomical investigation, said:

This is a rock. Seeing it fall apart before our eyes is pretty amazing.

The Hubble data showed that the fragments are drifting away from each other at a leisurely 1.5 kilometers per hour — slower than the speed of a strolling human.

This is a really bizarre thing to observe — we’ve never seen anything like it before. The break-up could have many different causes, but the Hubble observations are detailed enough that we can actually pinpoint the process responsible.

These scientists say the ongoing discovery of more fragments makes it unlikely that the asteroid is disintegrating due to a collision with another asteroid, which would be instantaneous and violent in comparison to what has been observed.

It is also unlikely that the asteroid is breaking apart due to the pressure of interior ices warming and vaporizing. The object is too cold for ices to significantly sublimate, and it has presumably maintained its nearly 480-million-kilometer distance from the sun for much of the age of our solar system.

This leaves a scenario in which the asteroid is disintegrating due to a subtle effect of sunlight that causes the rotation rate to slowly increase over time. Eventually, its component pieces gently pull apart due to centrifugal force. The possibility of disruption by this phenomenon — known as the YORP effect — has been discussed by scientists for several years but, so far, never reliably observed.

For break-up to occur, P/2013 R3 must have a weak, fractured interior, probably the result of numerous ancient and non-destructive collisions with other asteroids. Most small asteroids are thought to have been severely damaged in this way, giving them a “rubble pile” internal structure.

Thus P/2013 R3 itself is probably the product of collisional shattering of a bigger body some time in the last billion years.

Astronomers say that most of P/2013 R3’s remnant debris will eventually plunge into the sun. But some will a rich source for future meteor showers and may even one day blaze across Earth’s sky as meteors. 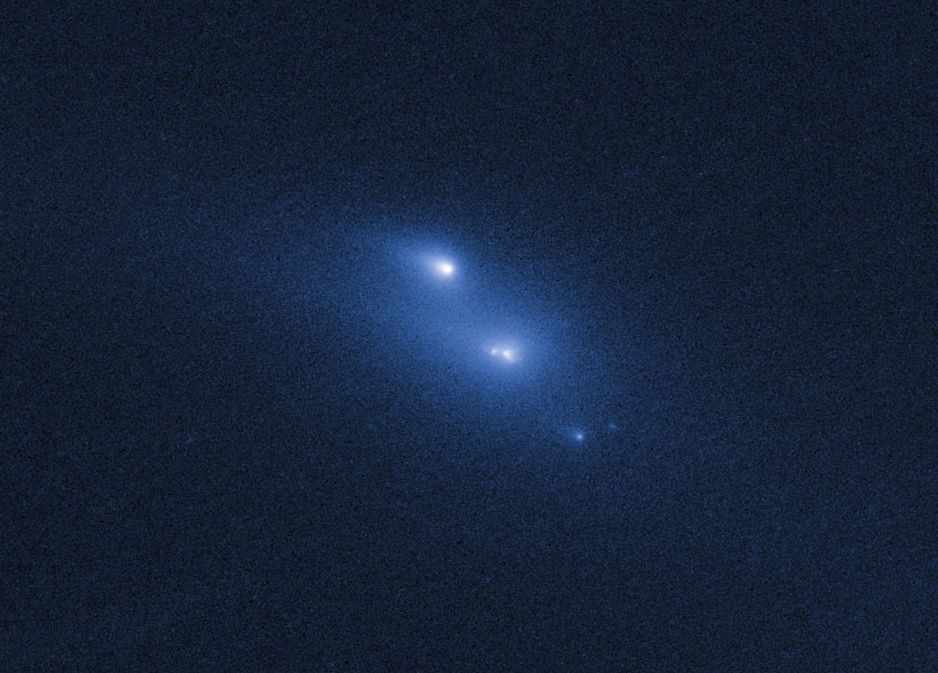 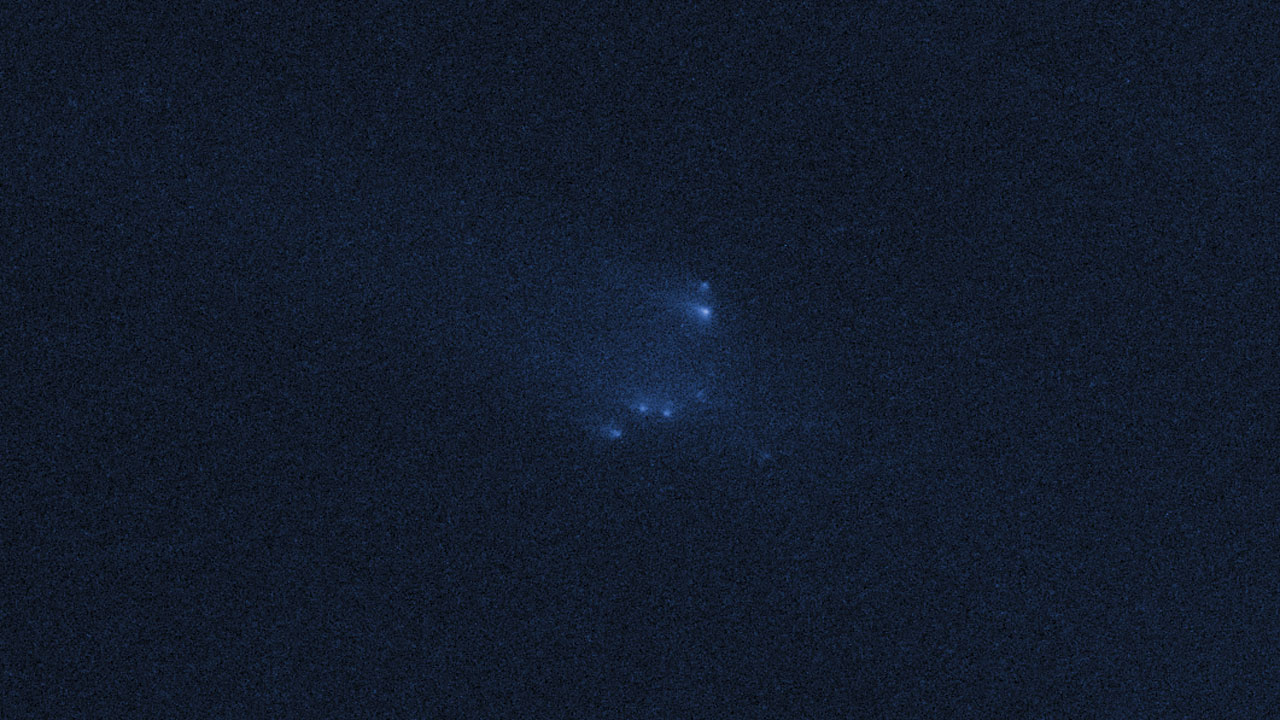 Bottom line: Asteroid P/2013 R3 has been caught in the act of breaking into pieces. This is the first time astronomers have seen an asteroid break up.