How climate change affects microbial life below the seafloor

Sediments from the deep sea give insight into the dynamics of the deep biosphere.

Traces of past microbial life in sediments off the coast of Peru document how the microbial ecosystem under the seafloor has responded to climate change over hundreds of thousands of years. For more a decade scientists at the Max Planck Institute for Marine Microbiology and their colleagues at MARUM and the University of Aarhus have investigated microbial life from this habitat. This “Deep Biosphere”, reaching several hundred meters below the seafloor, is exclusively inhabited by microbes and is generally considered as stable. Nevertheless, only little is known about how this system developed over millennia and how this microbial life influences the cycling of carbon in the oceans. In a new study appearing in the Proceedings of the National Academy of Sciences (PNAS). Sergio Contreras, a palaeoceanographer, and his Bremen colleagues use a careful examination of drill-cores from the continental shelf of Peru to actually show how surprisingly dynamic this deeply buried ecosystem can be. 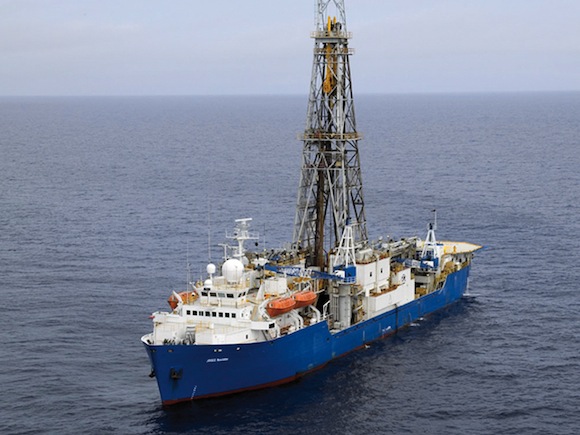 Below the sea floor, consortia of two different domains of microorganisms (archaea and bacteria) tap the energy of methane, which they oxidize by using sulfate. This process is known as the anaerobic oxidation of methane (AOM) and has been intensively studied by Bremen researchers. Methane, also produced by archaea, emerges from deeper layers of the sediment, while sulfate diffuses slowly from the water column into the sediment. Both reactants meet at the so-called methane oxidation front. Only at this front are concentrations of sulfate and methane high enough for the microbial turnover to take place, and here the AOM process leaves behind mineral and biological fossil signatures. For example, archaeol, a constituent of the archaeal cell membrane, is an extremely stable molecule that is preserved over thousands to millions of years. Minerals such as barite (barium sulfate) and dolomite (magnesium calcium carbonate) also precipitate at this methane oxidation front due to microbial activity.

Migration of the methane oxidation front

In order to trace the migration of the methane oxidation front back over the last half million years, Contreras and his colleagues measured the barite, dolomite and archaeol content at high resolution in drill cores from the coast off Peru. These up to 200-meter-long cores from the Peruvian continental shelf were obtained during an expedition with the scientific drill ship JOIDES Resolution as part of the Ocean Drilling Program in 2002. To their surprise, Contreras and his colleagues detected a layer that was strongly enriched in archaeol, barite and dolomite, located 20 meter above the present-day methane oxidation front. They estimated that this layer was formed during the last interglacial time period about 125000 years ago and that the methane front must have rapidly migrated downwards during the last glacial period. “Our data demonstrate how fast the microbial communities respond to changes in the oceanographic conditions, at least on a geological time scale”, explains the biogeochemist Tim Ferdelman. 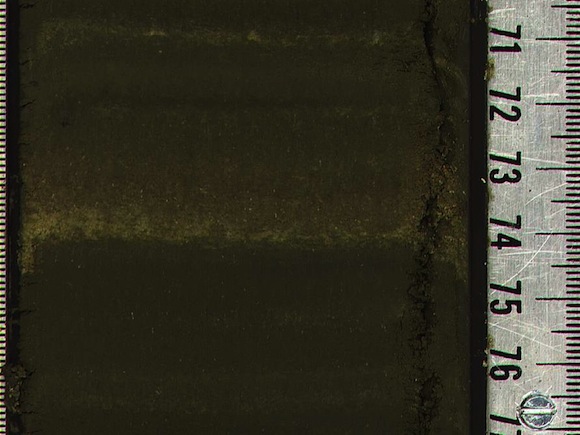 Exploring the past with mathematical modeling

To reconstruct the rapid shifts in the depth of the methane front, Contreras and his colleagues used a mathematical model for simulating the deep microbial activity and its dependence on climate change. The simulations clearly show that the amount of organic detritus raining out from the highly productive Peruvian surface waters is the crucial factor determining the relative position of the methane front. The amount of carbon deposited on the Peruvian shelf strongly depends on the global climate; thus the methane oxidation front moved upwards during warm periods due to intensified organic carbon deposition, and migrated downwards with the onset of cold, glacial periods due to low organic carbon deposition. “We can incorporate these new findings into models for the development of past or future Deep Biospheres”, concludes Bo Liu who developed the model for this study.

The geologist Patrick Meister highlights the implications of this finding: “The detected traces provide the key to the history of the sub-seafloor microbial activity and its dynamic interaction with climate and oceanography for of the past 100,000 years. If we look further back in time, such as over the past million years” speculates Meister, “we might find even more drastic changes of microbial activity in the deep biosphere”.