New findings challenge a long-held belief that there is limited, if any, value of heavily logged forests for conservation.

New research has found rainforests that have been logged several times continue to hold substantial value for biodiversity and could have a role in conservation. 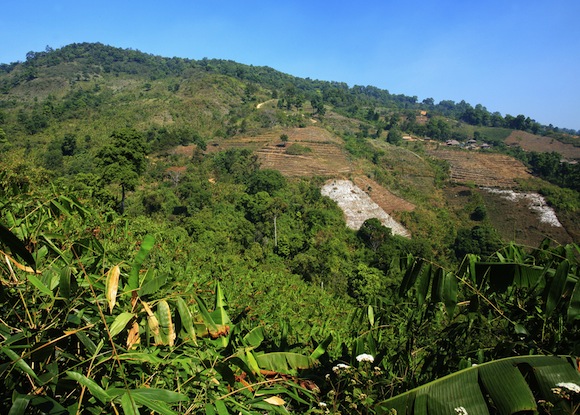 According to principal investigators, Dr Matthew Struebig and Anthony Turner from the University of Kent’s Durrell Institute of Conservation Ecology (DICE), these findings challenge a long-held belief that there is limited, if any, value of heavily logged forests for conservation.

The research, which monitored bats as an indicator for environmental change on Borneo, is the first of its kind to have wildlife in forests logged more than two times. The findings are particularly important because across the tropics forest that has been intensively harvested is frequently targeted for conversion to agriculture and is perceived to hold little value for timber, carbon or biodiversity.

Dr Struebig, Lecturer in Biological Conservation from DICE, explains: ‘Recent studies have emphasised similar numbers of species living in unlogged and logged sites, but what surprised us was just how resilient some species were, even in sites almost unrecognisable as rainforest.’

Only by viewing forest sites along a gradient of logging disturbance, ranging from pristine to heavily degraded, were the team able to detect a gradual decline of some key bat species.

The research confirmed the most vulnerable bats were those that tend to live in the cavities of old growth trees. By linking bat captures with vegetation measurements from nearby plots, the researchers were able to reveal how these animals declined as successive rounds of logging took their toll on forest structure, and crucially, the availability of tree cavities.

Although logging damage was clearly detrimental to some of the species studied, the findings also offer some hope for forest restoration efforts.

‘Across the tropics there is increasing investment to restore the timber and wildlife in logged rainforests.’ says Dr Struebig. ‘For biodiversity, simple measures, such as setting artificial nest boxes for bats and birds may, if guided by research, help bring some species back to the numbers found in unlogged areas’, he said.

Logged rainforests: Image courtesy of Dr Zoe Davies (DICE)The research, titled: ‘Quantifying the Biodiversity Value of Repeatedly Logged Rainforests: Gradient and Comparative Approaches from Borneo’ is published in Advances in Ecological Research, Volume 48, and includes the efforts of Malaysian, Indonesian and Canadian researchers in addition to scientists from the University of Kent and the University of East Anglia (UEA) in the UK.

This study is the first field data to be published from the Stability of Altered Forest Ecosystems Project in Sabah, Malaysia – a new landscape experiment which combines the efforts of more than 100 researchers around the world to investigate the impacts of logging, deforestation and forest fragmentation in the natural world. With support from the Sime Darby oil palm company and the Malaysian government, the aim is to produce a set of science-based recommendations for more sustainable practices in the logging and agriculture industries in tropical countries.

Via University of Kent