High temperatures and low rainfall brought on by climate change affect the survival of elephants working in timber camps in Myanmar and double the risk of death to the calves.

Elephants are particularly vulnerable to heat stress because of their large size and because they don’t sweat like humans or pant like dogs to cool down. 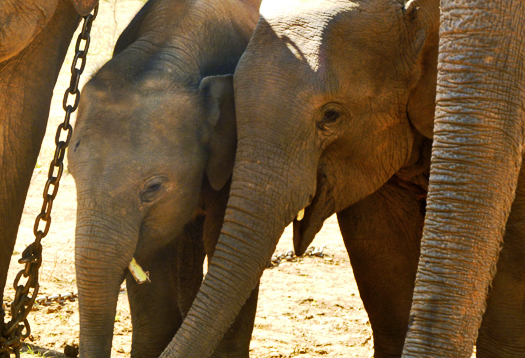 Extremes of temperature and rainfall are affecting the survival of elephants working in timber camps in Myanmar and can double the risk of death in calves up to age five. Photo credit: University of Sheffield

With climate change models predicting higher temperatures and months without rainfall, researchers say this could decrease the populations of already endangered Asian elephants.

For a study published in the journal Ecology, scientists matched monthly climate records with data on birth and deaths, to track how climate variation affects the chances of elephant survival. It is hoped the research will make a difference by highlighting the importance of protecting vulnerable calves in captivity from the effects of climate change. 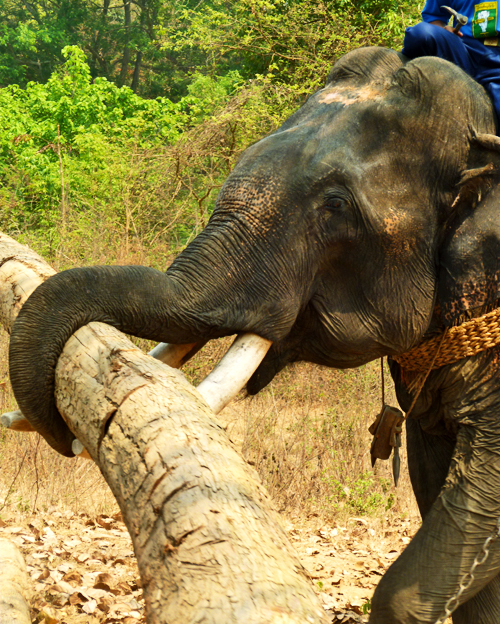 “These results could have important implications for Asian elephant populations both in western zoos, where they may experience unfamiliar climate,” says Hannah Mumby, “and in range countries where climate may be changing faster than elephants can adapt to it.” Photo credit: University of Sheffield

Researchers accessed unique recordings of the life and deaths of more than 8,000 elephants from Myanmar spanning three generations throughout almost a century. The elephants in the database are semi-captive animals that work in the timber industry by pushing and dragging logs.

“Overall, switching from good to bad climatic conditions within an average year significantly increases mortality rates of elephants of all ages. The most dramatic example comes from baby elephants, whose risk of death before the age of five approximately doubles in the hottest weather in comparison to the optimal moderate temperature for elephant survival.”

Increases in deaths from heat stroke and infectious diseases accounted for the larger number of deaths during the hot months.

“These results could have important implications for Asian elephant populations both in western zoos, where they may experience unfamiliar climate,” says Mumby, “and in range countries where climate may be changing faster than elephants can adapt to it.

“It also highlights the importance of protecting vulnerable calves from extremes of temperature because more calves will be needed to maintain the dwindling population of endangered Asian elephants.”

The project is funded by the Natural Environment Research Council (NERC) and was carried out at the University of Sheffield, Wissenschaftskolleg zu Berlin, and the Leibniz Institute for Zoo and Wildlife Research in Germany.