EUGENE, Ore. — (Feb. 29, 2012) — A rare and endangered monkey in an African equatorial rainforest is providing a look into our climatic future through its DNA. Its genes show that wild drills (Mandrillus leucophaeus), already an overhunted species, may see a dramatic population decline if the forest dries out and vegetation becomes sparser amid warming temperatures, researchers report.

(This release, photos and audio are available on the Web at: https://bit.ly/ym7mVO) 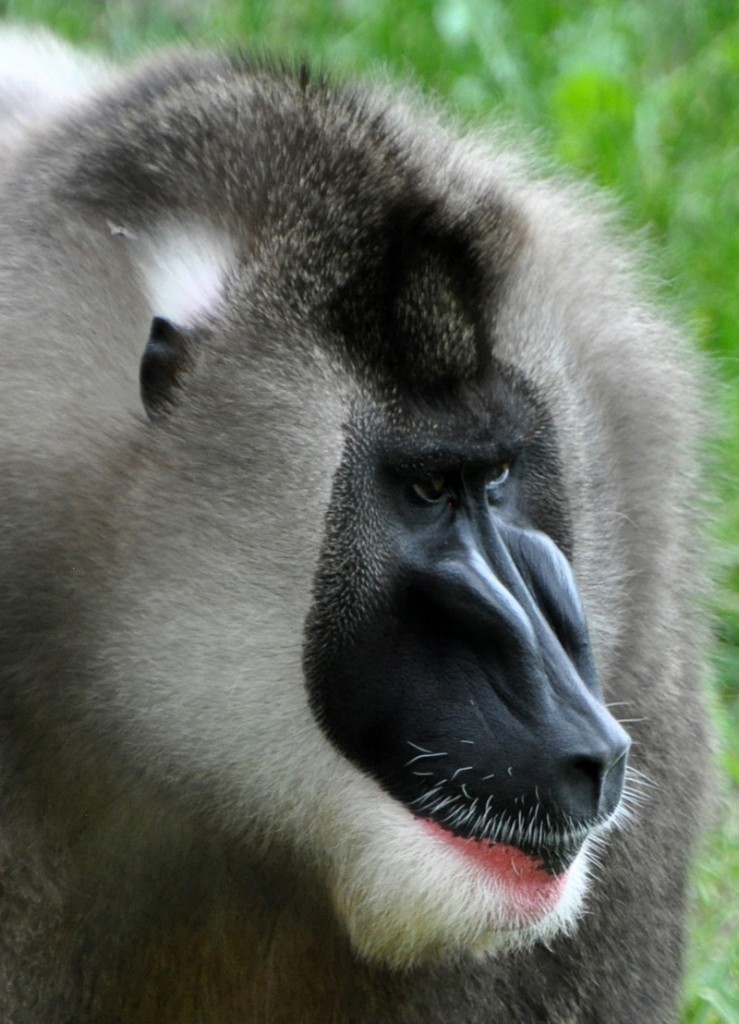 Looking for clues amid 2,076 base pairs of mitochondrial DNA — genes passed down along female lineages — researchers discovered genetic signs that coincide with the conditions that mirror current climate projections for the equator around the globe in the next 100 years. Also examined were the region’s fossil and pollen records.

“The drills went through a large population collapse — as much as 15-fold,” said Nelson Ting, a professor of anthropology at the University of Oregon. Ting is the lead author of a study placed online ahead of regular publication in the journal Ecology and Evolution. “This occurred sometime around the mid-Holocene, which was about 3,000 to 5,000 years ago.”

Ting and 10 other researchers — representing institutions in the United States, United Kingdom, Nigeria and Germany — gathered feces of drills in the Cross-Sanaga-Bioko Coastal forests that stretch across portions of Nigeria, Bioko Island (Equatorial Guinea) and Cameroon. The extracted DNA provided the first genetic information from this species, which is found only in that region.

The species also is struggling for survival because of poaching and by habitat loss due to logging and cultivation activities. Drill meat also is a valued food; hunters often shoot them en masse. Protecting drill populations was the top priority of the African Primate Conservation Action Plan developed in 1996 by the International Union for Conservation of Nature. Despite the designation, Ting said, “hunting continues and is the much more immediate danger facing the drill.”

The base pairs examined came from 54 samples of DNA. Base pairs are made up of adenine, thymine, guanine and cytosine. While DNA is the blueprint for life, examining the sequences of these chemicals also provides a roadmap into any organism’s past. “Looking at its modern genetic diversity, you can infer changes in past population size,” Ting said.

In the mid-Holocene, temperatures across equatorial Africa were hotter and dryer, with a reduction of forest cover that the drill need for survival. The ecology of the region also includes multiple other species found only there. The research, Ting said, is among emerging work focusing on past climate conditions in equatorial areas. Many studies have been done on conditions in both temperate and arctic regions.

The findings carry conservation implications, Ting said. “We could see many of these equatorial forests becoming very arid. Forest will be lost as vegetation changes to adapt to dryer conditions. Our findings show that this type of animal, which already is very much endangered because of hunters, would not be able to deal with the level of climate changes that could be coming.”

What is needed to protect this little understood species are measures that reduce the destruction of the forest habitat and step up protection against poachers, said Ting, who is co-director of the UO’s molecular anthropology group and a member of the UO Institute of Ecology and Evolution and UO Institute of Cognitive and Decision Sciences.

“Professor Ting’s research is helping us push the boundaries of our knowledge about wildlife habitats through genetic studies of these rare and endangered monkeys,” said Kimberly Andrews Espy, vice president for research and innovation. “The University of Oregon is a leader in developing new technologies for analyzing and mapping DNA in organisms and crops. Studying the genetics of these rare drill could lead to new approaches to conservation.” 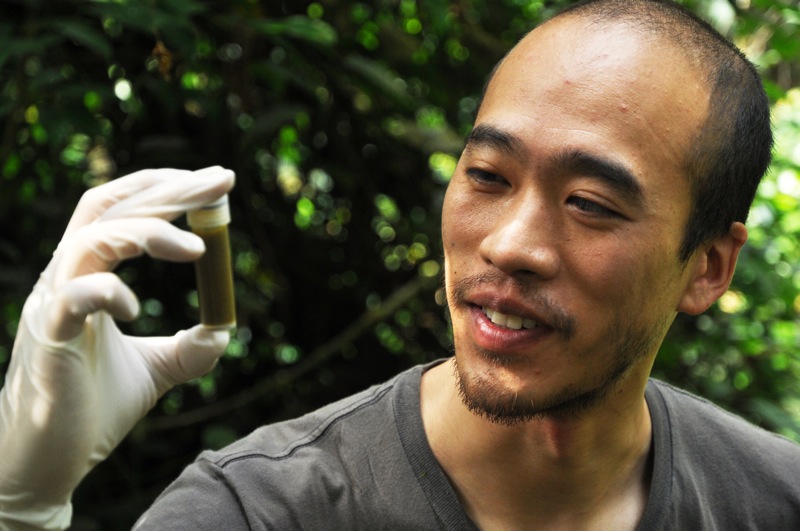 Note: The University of Oregon is equipped with an on-campus television studio with satellite uplink capacity, and a radio studio with an ISDN phone line for broadcast-quality radio interviews. Call the Media Contact above to begin the process.