Gemini Observatory’s latest tool for astronomers, a second-generation infrared instrument called FLAMINGOS-2, has “traveled a long road” to begin science observations for the Gemini scientific community. Recent images taken by FLAMINGOS-2 during its last commissioning phase dramatically illustrate that the instrument was worth the wait for astronomers around the world who are anxious to begin using it. 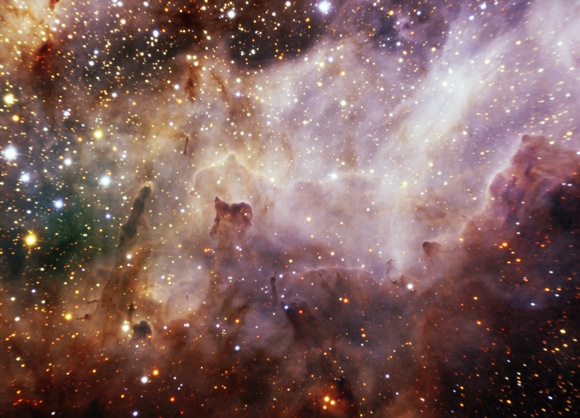 This FLAMINGOS-2 near-infrared image details part of the magnificent Swan Nebula (M17), where ultraviolet radiation streaming from young hot stars sculpts a dense region of dust and gas into myriad fanciful forms. M17 lies some 5,200 light-years distant in the constellation Sagittarius and is one of the most massive and luminous star-forming region’s in our Galaxy. It is also one of the most studied. Field of view: 5.5 x 4.0 arcmin. Credit: Gemini Observatory/AURA

“It’s already one of our most requested instruments at the Gemini telescopes,” remarks Nancy Levenson, Gemini’s Deputy Director and Head of Science. “We see a long and productive life ahead for FLAMINGOS-2 once astronomers really start using it later this year.”

“It has not been an easy journey,” says Percy Gomez Gemini’s FLAMINGOS-2 Instrument Scientist, “but thanks to the dedicated work of Gemini engineers and scientists very soon astronomers will be able to use a reliable and robust instrument.” After significant redesign and rebuilds for optimal performance on the Gemini South telescope, FLAMINGOS-2 has proven that it will provide astronomers with a powerful mix of capabilities. These include extreme sensitivity to infrared (heat) radiation from the universe, high-resolution wide-field imaging, and a combination of spectroscopic capabilities that will allow cutting-edge research in topics spanning from the exploration of our Solar System, to the most distant and energetic explosions in our universe. 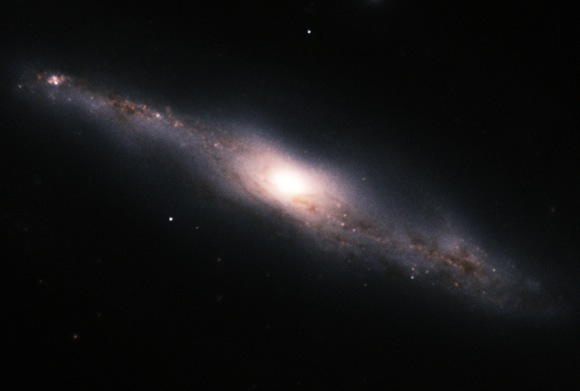 Spiral galaxy NGC 7582 is the brightest member of the Grus Quartet of galaxies, some 60 million light-years distant traveling together through space. In this near-infrared image, FLAMINGOS-2 resolved its high quantity of dust that line NGC 7582’s arms as well as regions rich in star formation. Field of view: 2.5 x 1.7 arcmin. Credit: Gemini Observatory/AURA

While work still remains on some of its spectroscopic features, as well as refining imaging at the edge of its large field of view, Gemini’s team of engineers and scientists has mitigated its most severe risk – potential damage to a large collimator lens that catastrophically cracked during a planned final commissioning in early 2012 (it was later replaced). The thermal environment surrounding this lens – located where the temperature changes periodically for routine switching of masks for multi-object spectroscopy – creates special challenges. It was these temperature changes that initially caused the crack, but a year later procedures and design modifications are now in place to significantly reduce risks to the lens’s integrity and functionality. 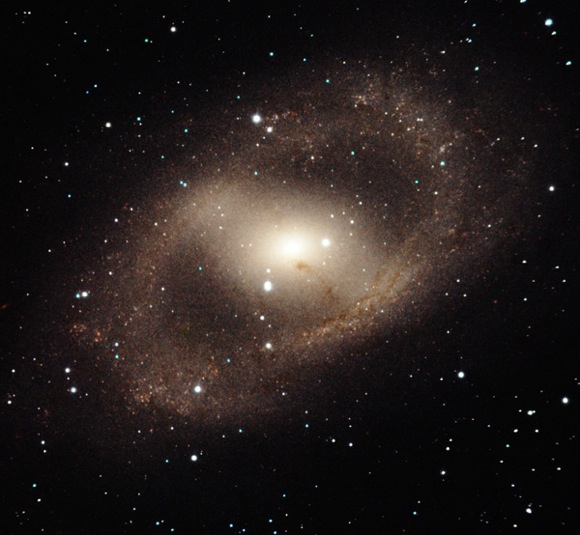 NGC 6300 is an intriguing barred spiral galaxy in the constellation of Ara. This near-infrared image with FLAMINGOS-2 shows the galaxy’s complex arm structure forming a spectacular ring of star formation. The galaxy’s bar also has a strong vein of dust that almost obscures its bright active nucleus –– whose prodigious energy is the result of matter accreting onto a black hole with an estimated mass of 280,000 Suns. Field of view: 3.1 x 2.9 arcmin. Credit: Gemini Observatory/AURA

“The Gemini team has done a remarkable job in optimizing this instrument for Gemini and it will soon be everything, and more, that we had envisioned years ago when the project began,” says Steve Eikenberry, who led the team who built FLAMINGOS-2 at the University of Florida. “Like a lot of scientists, I’m anxious to use FLAMINGOS-2 to collect data – specifically, I want to look toward the center of our Galaxy and study binary black holes as well as the mass evolution of the super-massive black hole that lurks at the heart of our Galaxy.” Eikenberry and collaborators are eager to make the most of FLAMINGOS-2’s power as soon as the instrument’s multi-object spectroscopy capability is fully functional. “With most of the challenges behind us, now the fun begins!” Eikenberry said.

Kevin Stevenson of the University of Chicago already has plans to use FLAMINGOS-2 later this year to study the intriguing exoplanet WASP-18b. This well-known exoplanet is being strongly heated by its ultra-nearby host star and according to Stevenson, “It’s even hotter than some of the coolest, low-mass stars known.” Stevenson and his team hope to determine the abundances of water vapor and methane when the planet is eclipsed by its host star. “Our plan is to compare the system’s light immediately before and during an eclipse to measure the contribution from the planet. When we do this over several parts of the infrared part of the light spectrum, we can piece together the planet’s spectrum and learn about its temperature and composition.” 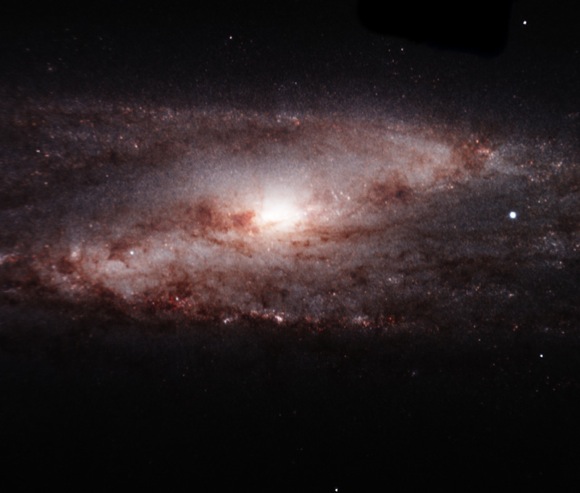 In this near-infrared image, FLAMINGOS-2 peered deep into the heart of spiral galaxy NGC 253, which lies about 11.5 million light-years nearby in the constellation of Sculptor. The new instrument captured an intricate whirlpool of dust spiraling in to a diffuse nuclear region, where violent star formation may be occurring around a supermassive black hole. The instrument also imaged a dusting of star forming sites in its spiral arms. Field of view: 4.8 x 4.1 arcmin. Credit: Gemini Observatory/AURA

The quality and usefulness of FLAMINGOS-2 for these and future projects is reflected in the images released today. They cover a wide range of targets which are representative of the types of science in which FLAMINGOS-2 is expected to excel. In addition, the instrument may later accept an adaptive optics (AO) feed for extremely high-resolution imaging from GeMS (Gemini Multi-conjugate adaptive optics System).

It is expected that most of these systems, including multi-object spectroscopy, will be fully integrated in 2014 with imaging and long-slit spectroscopy available now. The next round of observations with FLAMINGOS-2 are slated to begin on September 1st.