New research provides evidence that dinosaurs evolved the brainpower necessary for flight well before they actually took to the air as birds.

The study, published July 31 by the journal Nature, takes a comprehensive look at the so-called “bird brain.” Contrary to the cliché, the term describes a relatively enlarged brain that provides the superior vision and coordination required to fly. 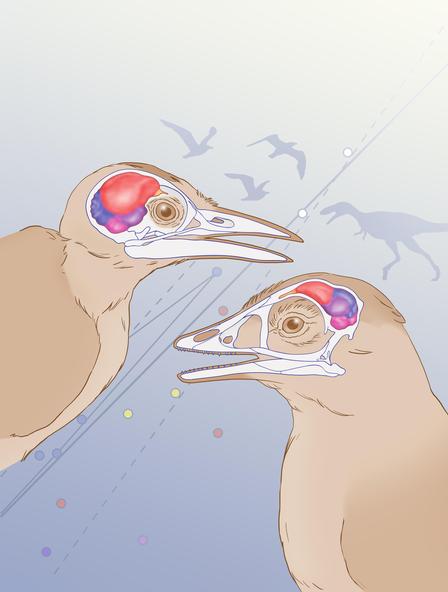 This “hyperinflation” distinguishes birds from other living reptiles. But scientists are increasingly finding that features once considered exclusive to modern birds, such as feathers and the presence of wishbones (fused clavicle bones), are now known to have first appeared in non-avian dinosaurs. The new study provides more evidence to add the hyperinflated brain to that list.

The researchers used high-resolution X-ray computed tomography (CT) scanners at the University of Texas, Ohio University, Stony Brook University, and the Museum to peer inside the braincases of more than two dozen specimens, including modern birds, one of the earliest known transitional birds—Archaeopteryx—and closely related non-avian dinosaurs like tyrannosaurs.

By stitching together the CT scans, the scientists created 3-D reconstructions of the skulls’ interiors. In addition to calculating the total volume of each digital brain cast, the research team also determined the size of each brain’s major anatomical regions, including the olfactory bulbs, cerebrum, optic lobes, cerebellum, and brain stem. 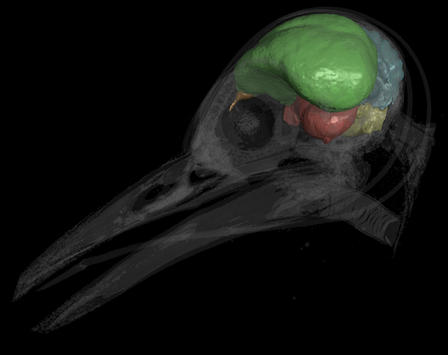 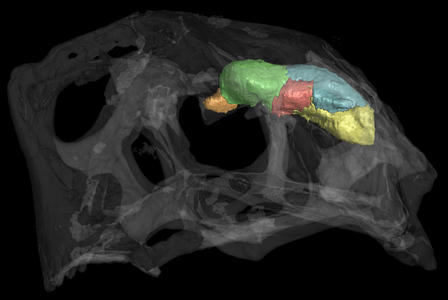 “If Archaeopteryx had a flight-ready brain, which is almost certainly the case given its morphology, then so did at least some other non-avian dinosaurs,” said lead author Amy Balanoff, a research associate at the American Museum of Natural History and a postdoctoral researcher at Stony Brook University.

Via American Museum of Natural History