On April 11, 2013, NASA acquired this true-color image of dozens of fires burning across Mexico and Central America.

On April 11, 2013, the Moderate Resolution Imaging Spectroradiometer (MODIS) aboard NASA’s Aqua satellite passed over Mexico and Central America, and acquired this true-color image of dozens of fires burning across the region.

Fires dot the landscapes of Mexico, Guatemala, El Salvador, and Honduras in this image. Each red mark that appears is an area where the thermal detectors on the MODIS instrument recognized temperatures higher than the background which means that most likely those dots are fires. 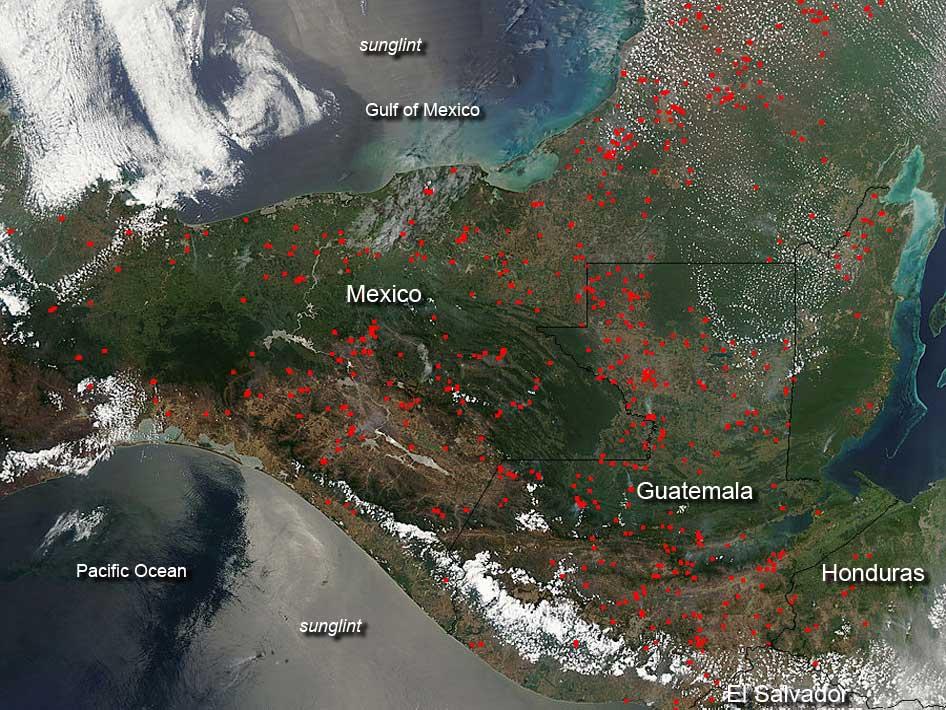 As these dots appear in satellite images during April, the dry season and also planting season, these areas may either be wildfires that were caused by the dry, hot conditions or by lightning strikes, or they could be agricultural in nature. Fires are often set deliberately by farmers in order to clear out old crops and prepare the soil for new planting.

Also interesting in this image is the shiny, silver-toned band aligned in a north-to-south direction. It is sunglint – the reflection of the Sun off the surface of the water.