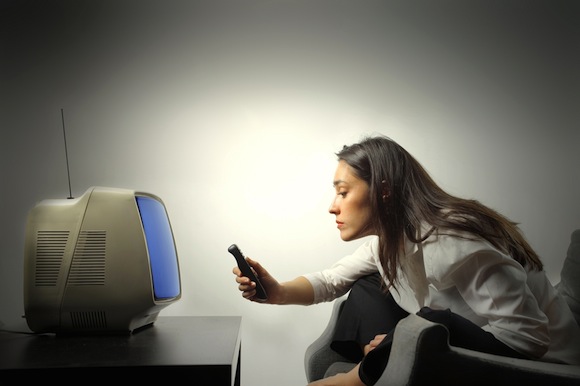 We hear all the time that we need to get off the couch, stop watching TV and get moving.

But what if watching TV under specific conditions could actually provide the mental boost you need to tackle a difficult task?

“People have a limited pool of these valuable mental resources,” explains Derrick. “When they use them on a task, they use up some of this limited resource. Therefore, they have less willpower and self-control for the next task.

“With enough time, these mental resources will return. However, there may be ways to more quickly restore them.”

One of these ways is to re-watch your favorite TV show, Derrick’s research found. Doing so, she says, taps into the surrogate relationship people form with the characters in their favorite shows. We find it comforting, mainly because we already know what the characters are going to say and do. All we have to do is sit back and enjoy it.

“When you watch a favorite re-run, you typically don’t have to use any effort to control what you are thinking, saying or doing. You are not exerting the mental energy required for self-control or willpower,” Derrick explains. “At the same time, you are enjoying your ‘interaction,’ with the TV show’s characters, and this activity restores your energy.”

In the first of her two studies published in the journal Social Psychological and Personality Science, Derrick asked half of the participants to complete a structured task which required concentrated effort. The other half were asked to complete a similar but less structured task that allowed them more freedom and required much less effort.

Then half of the participants were asked to write about their favorite television show while the other half listed items in their room (a “neutral” task).

Following this, the participants were tested to measure any reduction or renewal of willpower.

And writing about their favorite television show restored their energy levels and allowed them to perform better on a difficult puzzle.

In the second study, participants did a daily diary study. They reported on their effortful tasks, media consumption and energy levels each day. If they had to do effortful tasks, they were more likely to seek out a re-run of their favorite television show, to re-watch a favorite movie or to re-read a favorite book. Doing so, then restored their energy levels.

“In other words, there was a measurable restorative effect from a familiar fictional world,” Derrick finds.

But that doesn’t mean people should veg-out in front of any TV show.

Derrick explains that there is something special and comfortable about a “relationship” in which you already know what the other person is going to say and do, and all you have to do is sit there and enjoy it.

In fact, the effects of this fictional “social surrogacy” may work better than actual social interaction with real people under some circumstances.

“Although there are positive outcomes to social interaction such as a sense of feeling of being energized,” says Derrick, “human exchanges can also produce a sense of rejection, exclusion and ostracism, which may diminish willpower.”

Derrick’s findings may dispel some notions that watching TV is bad for us.

“Based on my research, I would argue that watching television is not all bad. While there is a great deal of research demonstrating that violent television can increase aggression, and watching television may be contributing to the growing obesity epidemic, watching a favorite television show can provide a variety of benefits, which may enhance overall wellbeing,” she says.

Derrick’s new research will expand on these findings and examine other social consequences of television.