University of Pittsburgh and Delft University of Technology researchers reveal in the Feb. 17 online issue of Nature Nanotechnology a new method that better preserves the units necessary to power lightning-fast electronics, known as qubits (pronounced CUE-bits). Hole spins, rather than electron spins, can keep quantum bits in the same physical state up to 10 times longer than before, the report finds. 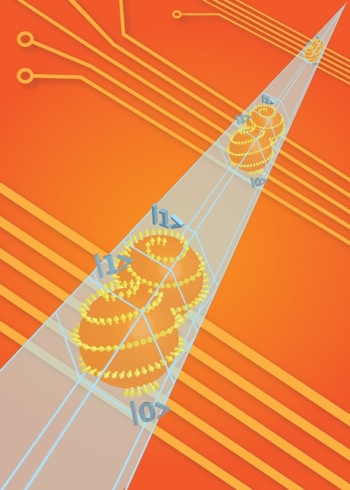 This graphic displays spin qubits within a nanowire.

“Previously, our group and others have used electron spins, but the problem was that they interacted with spins of nuclei, and therefore it was difficult to preserve the alignment and control of electron spins,” said Sergey Frolov, assistant professor in the Department of Physics and Astronomy within Pitt’s Kenneth P. Dietrich School of Arts and Sciences, who did the work as a postdoctoral fellow at Delft University of Technology in the Netherlands.

Whereas normal computing bits hold mathematical values of zero or one, quantum bits live in a hazy superposition of both states. It is this quality, said Frolov, which allows them to perform multiple calculations at once, offering exponential speed over classical computers. However, maintaining the qubit’s state long enough to perform computation remains a long-standing challenge for physicists.

“To create a viable quantum computer, the demonstration of long-lived quantum bits, or qubits, is necessary,” said Frolov. “With our work, we have gotten one step closer.”

The holes within hole spins, Frolov explained, are literally empty spaces left when electrons are taken out. Using extremely thin filaments called InSb (indium antimonide) nanowires, the researchers created a transistor-like device that could transform the electrons into holes. They then precisely placed one hole in a nanoscale box called “a quantum dot” and controlled the spin of that hole using electric fields. This approach— featuring nanoscale size and a higher density of devices on an electronic chip—is far more advantageous than magnetic control, which has been typically employed until now, said Frolov. 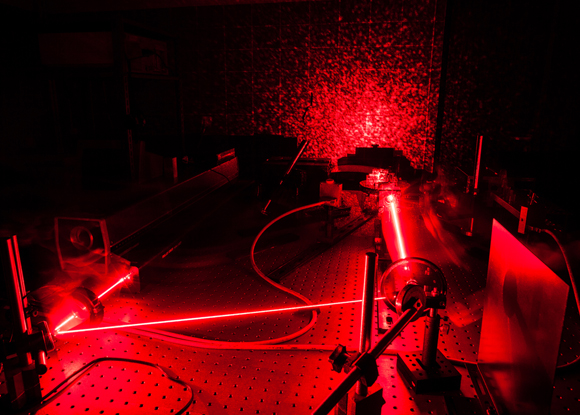 “Our research shows that holes, or empty spaces, can make better spin qubits than electrons for future quantum computers.”

“Spins are the smallest magnets in our universe. Our vision for a quantum computer is to connect thousands of spins, and now we know how to control a single spin,” said Frolov. “In the future, we’d like to scale up this concept to include multiple qubits.”

Via University of Pittsburgh