Climate change effects already seen on all continents, all oceans

An IPCC report, issued today, says that climate change has already affected agriculture, human health, water supplies, and people’s livelihoods, from the tropics to the poles, from the wealthiest countries to the poorest. 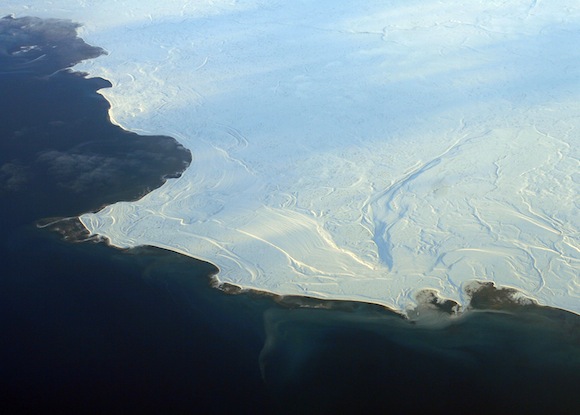 The Intergovernmental Panel on Climate Change (IPCC) issued a report today that says the effects of climate change are already occurring on all continents and across the oceans. The world, in many cases, is ill-prepared for risks from a changing climate. The report also concludes that there are opportunities to respond to such risks, though the risks will be difficult to manage with high levels of warming.

The report, titled Climate Change 2014: Impacts, Adaptation, and Vulnerability, from Working Group II of the IPCC, details the impacts of climate change to date, the future risks from a changing climate, and the opportunities for effective action to reduce risks. A total of 309 coordinating lead authors, lead authors, and review editors, drawn from 70 countries, were selected to produce the report. They enlisted the help of 436 contributing authors, and a total of 1,729 expert and government reviewers.

The report concludes that responding to climate change involves making choices about risks in a changing world. The nature of the risks of climate change is increasingly clear, though climate change will also continue to produce surprises. The report identifies vulnerable people, industries, and ecosystems around the world. It finds that risk from a changing climate comes from vulnerability (lack of preparedness) and exposure (people or assets in harm’s way) overlapping with hazards (triggering climate events or trends). Each of these three components can be a target for smart actions to decrease risk.

“We live in an era of man-made climate change,” said Vicente Barros, Co-Chair of Working Group II. “In many cases, we are not prepared for the climate-related risks that we already face. Investments in better preparation can pay dividends both for the present and for the future.”

Adaptation to reduce the risks from a changing climate is now starting to occur, but with a stronger focus on reacting to past events than on preparing for a changing future, according to Chris Field, Co-Chair of Working Group II.

“Climate-change adaptation is not an exotic agenda that has never been tried. Governments, firms, and communities around the world are building experience with adaptation,” Field said. “This experience forms a starting point for bolder, more ambitious adaptations that will be important as climate and society continue to change.”

Future risks from a changing climate depend strongly on the amount of future climate change. Increasing magnitudes of warming increase the likelihood of severe and pervasive impacts that may be surprising or irreversible.

“With high levels of warming that result from continued growth in greenhouse gas emissions, risks will be challenging to manage, and even serious, sustained investments in adaptation will face limits,” said Field.

Observed impacts of climate change have already affected agriculture, human health, ecosystems on land and in the oceans, water supplies, and some people’s livelihoods. The striking feature of observed impacts is that they are occurring from the tropics to the poles, from small islands to large continents, and from the wealthiest countries to the poorest.

“The report concludes that people, societies, and ecosystems are vulnerable around the world, but with different vulnerability in different places. Climate change often interacts with other stresses to increase risk,” Field said.

Adaptation can play a key role in decreasing these risks, Barros noted. “Part of the reason adaptation is so important is that the world faces a host of risks from climate change already baked into the climate system, due to past emissions and existing infrastructure,” said Barros.

Field added: “Understanding that climate change is a challenge in managing risk opens a wide range of opportunities for integrating adaptation with economic and social development and with initiatives to limit future warming. We definitely face challenges, but understanding those challenges and tackling them creatively can make climate-change adaptation an important way to help build a more vibrant world in the near-term and beyond.”

Rajendra Pachauri, Chair of the IPCC, said: “The Working Group II report is another important step forward in our understanding of how to reduce and manage the risks of climate change. Along with the reports from Working Group I and Working Group III, it provides a conceptual map of not only the essential features of the climate challenge but the options for solutions.”

“None of this would be possible without the dedication of the Co-Chairs of Working Group II and the hundreds of scientists and experts who volunteered their time to produce this report, as well as the more than 1,700 expert reviewers worldwide who contributed their invaluable oversight,” Pachauri said. “The IPCC’s reports are some of the most ambitious scientific undertakings in human history, and I am humbled by and grateful for the contributions of everyone who make them possible.”