In the last few years, scientists have made great inroads in understanding the crucial interactive role gut bacteria play in harvesting nutrients, assisting immune systems, and protecting the host against pathogens.

Now Yale University researchers have discovered that humans and chimpanzees, our closest evolutionary relatives, share the same three distinct communities, or ecosystems, of bacteria in their guts.

“This shared organization of the gut microbial community is millions of years old and the findings attest to their functional importance,” said Howard Ochman, director of the Microbial Diversity Institute on West Campus and an author of the study, which appears in the Nov. 13 issue of the journal Nature Communications. 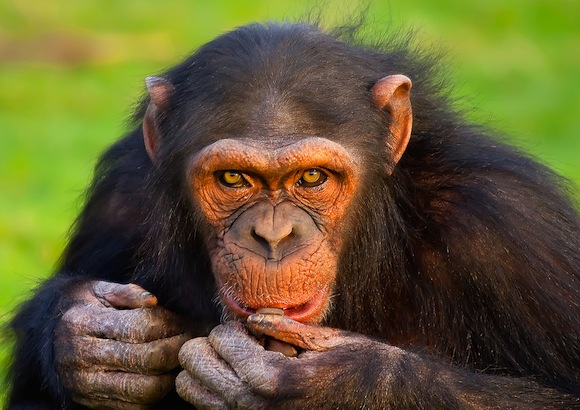 These huge colonies of bacteria, which greatly outnumber the cells in a human body, have adapted to live in human gut and colon, and in turn interact with the host in a wide variety of functional ways. For instance, the colonies help synthesize vitamins and renew cells in the stomach.

Ochman and colleagues have been investigating why bacteria seemed to organize themselves into distinct communities called enterotypes. Each individual seems to harbor one of the three of these enterotypes in their gut, but the role of specific bacteria that make up each group is unknown. Some scientists have dismissed their importance, arguing they are merely the product of a diversity of diets.

However, the new paper shows that the chimpanzees from Gombe National Park studied by Jane Goodall have the same three groupings of bacteria. The findings suggest the enterotypes have played a crucial role in the evolution of great apes. Researchers were able to study samples from chimps at different periods of their lives and found individual chimpanzees change enterotypes over their lifetimes. 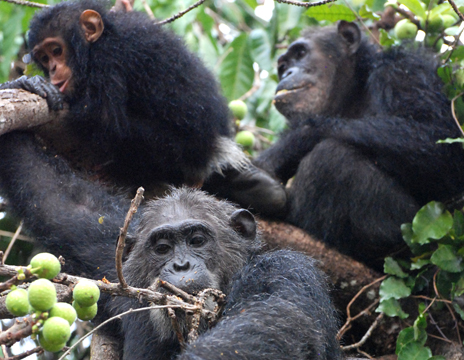 “Now that we know enterotypes have been maintained over evolutionary timescales, our goal is to determine their functions and how they might be important to the health of their hosts,” Ochman said.