According to animal scientists, farmers could further protect the environment by breeding chickens with larger digestive organs. This recently published research could solve a major problem in poultry production.

In some areas, large poultry operations release nitrogen and phosphorus into the environment. These pollutants come from chicken waste, and they can cause ecological problems like algal blooms in rivers and lakes.

“These result in a loss of plant and animal species and have negative impacts on the use of water for human consumption,” said study co-author Dr. Agnes Narcy in an interview. 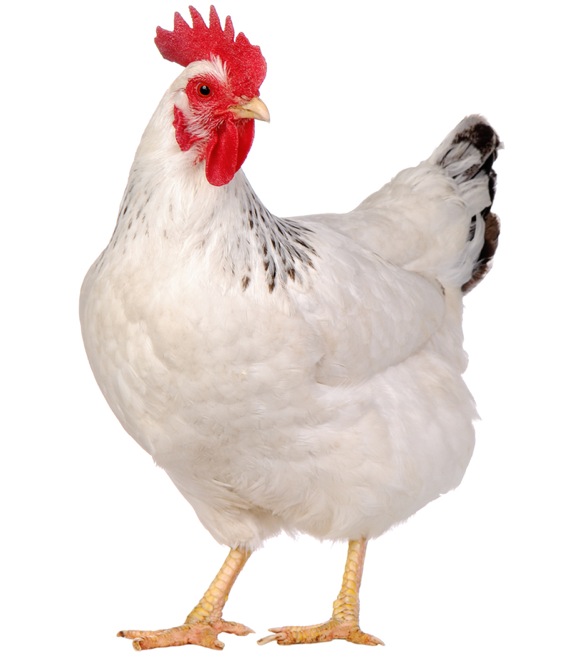 Narcy, along with and fellow researchers from the French National Institute For Agricultural Research (INRA) and France’s Center of Agricultural Research for Development (CIRAD), bred chickens to test whether selecting for larger digestive organ size could reduce the amount of waste that the chicken excreted.

The key organs were the proventriculus and the gizzard. The proventriculus is a stomach-like organ that softens food using acids and digestive enzymes. The gizzard is a compartment with thick, muscular walls that grinds food. Together, these organs prepare foods for digestion in the small intestine.

Narcy and fellow researchers hypothesized that chickens with larger, better functioning digestive organs would absorb more nutrients from their feed and therefore produce less waste. To test this hypothesis, the researchers selected chickens and raised three lines with differing abilities to digest feed.

After rearing nine generations of each line, the researchers found that chickens with larger digestive organs ate less feed and produced less waste. The researchers concluded that selecting for this trait could make poultry production more environmentally and economically sustainable. They say that a farmer raising 20,000 chickens could save 9.76 tons of feed per hatch.

“Furthermore, such selection would not affect body composition and meat and bone quality traits at slaughter age,” said Narcy.

Narcy said the next step is for animal scientists to identify the genes that control digestive efficiency in chickens. By pinpointing the right genes, researchers could help farmers select the most efficient chickens for breeding.

This study is titled “Reducing the environmental impact of poultry breeding by genetic selection.” It can be read in full at journalofanimalscience.org.

Via American Society of Animal Science