Cancer cells change while moving throughout the body

A major focus of contemporary cancer research is on how to stop or fight metastasis – the spread of a cancer from one organ or part to another non-adjacent organ or part.

For the majority of cancer patients, it’s not the primary tumor that is deadly, but the spread or “metastasis” of cancer cells from the primary tumor to secondary locations throughout the body that is the problem. That’s why a major focus of contemporary cancer research is how to stop or fight metastasis. 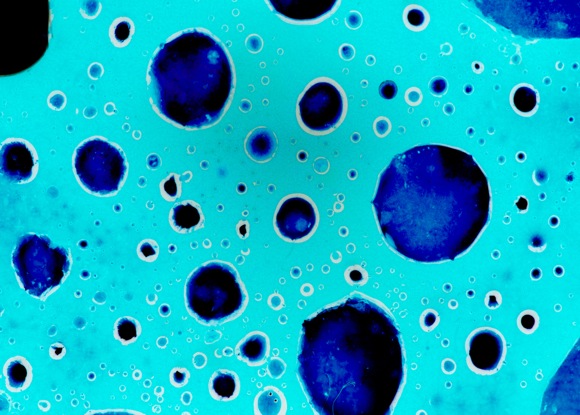 Previous lab studies suggest that metastasizing cancer cells undergo a major molecular change when they leave the primary tumor – a process called epithelial-to-mesenchymal transition (EMT). As the cells travel from one site to another, they pick up new characteristics. More importantly, they develop a resistance to chemotherapy that is effective on the primary tumor. But confirmation of the EMT process has only taken place in test tubes or in animals.

In a new study, published in the Journal of Ovarian Research, Georgia Tech scientists have direct evidence that EMT takes place in humans, at least in ovarian cancer patients. The findings suggest that doctors should treat patients with a combination of drugs: those that kill cancer cells in primary tumors and drugs that target the unique characteristics of cancer cells spreading through the body.

The researchers looked at matching ovarian and abdominal cancerous tissues in seven patients. Pathologically, the cells looked exactly the same, implying that they simply fell off the primary tumor and spread to the secondary site with no changes. But on the molecular level, the cells were very different. Those in the metastatic site displayed genetic signatures consistent with EMT. The scientists didn’t see the process take place, but they know it happened.

“It’s like noticing that a piece of cake has gone missing from your kitchen and you turn to see your daughter with chocolate on her face,” said John McDonald, director of Georgia Tech’s Integrated Cancer Research Center and lead investigator on the project. “You didn’t see her eat the cake, but the evidence is overwhelming. The gene expression patterns of the metastatic cancers displayed gene expression profiles that unambiguously identified them as having gone through EMT.”

The EMT process is an essential component of embryonic development and allows for reduced cell adhesiveness and increased cell movement.

According to Benedict Benigno, collaborating physician on the paper, CEO of the Ovarian Cancer Institute and director of gynecological oncology at Atlanta’s Northside Hospital, “These results clearly indicate that metastasizing ovarian cancer cells are very different from those comprising the primary tumor and will likely require new types of chemotherapy if we are going to improve the outcome of these patients.”

Ovarian cancer is the most malignant of all gynecological cancers and responsible for more than 14,000 deaths annually in the United States alone. It often reveals no early symptoms and isn’t typically diagnosed until after it spreads.

“Our team is hopeful that, because of the new findings, the substantial body of knowledge that has already been acquired on how to block EMT and reduce metastasis in experimental models may now begin to be applied to humans,” said Georgia Tech graduate student Loukia Lili, co-author of the study.