The difficulties that many women describe as memory problems when menopause approaches are real, according to a study published today in the journal Menopause, the journal of the North American Menopause Society.

The findings won’t come as a surprise to the millions of women who have had bouts of forgetfulness or who describe struggles with “brain fog” in their late 40s and 50s. But the results of the study, by scientists at the University of Rochester Medical Center and the University of Illinois at Chicago who gave women a rigorous battery of cognitive tests, validate their experiences and provide some clues to what is happening in the brain as women hit menopause. 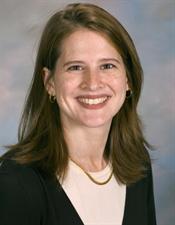 “The most important thing to realize is that there really are some cognitive changes that occur during this phase in a woman’s life,” said Miriam Weber, Ph.D., the neuropsychologist at the University of Rochester Medical Center who led the study. “If a woman approaching menopause feels she is having memory problems, no one should brush it off or attribute it to a jam-packed schedule. She can find comfort in knowing that there are new research findings that support her experience. She can view her experience as normal.”

The study is one of only a handful to analyze in detail a woman’s brain function during menopause and to compare those findings to the woman’s own reports of memory or cognitive difficulties.

The study included 75 women, from age 40 to 60, who were approaching or beginning menopause. The women underwent a battery of cognitive tests that looked at several skills, including their abilities to learn and retain new information, to mentally manipulate new information, and to sustain their attention over time. They were asked about menopause symptoms related to depression, anxiety, hot flashes, and sleep difficulties, and their blood levels of the hormones estradiol and follicle-stimulating hormone were measured.

Weber’s team found that the women’s complaints were linked to some types of memory deficits, but not others.

Women who had memory complaints were much more likely to do poorly in tests designed to measure what is called “working memory” – the ability to take in new information and manipulate it in their heads. Such tasks in real life might include calculating the amount of a tip after a restaurant meal, adding up a series of numbers in one’s head, or adjusting one’s itinerary on the fly after an unexpected flight change.

Scientists also found that the women’s reports of memory difficulties were associated with a lessened ability to keep and focus attention on a challenging task. That might include doing the taxes, maintaining sharp attention on the road during a long drive, completing a difficult report at work despite boredom, or getting through a particularly challenging book.

Weber notes that such cognitive processes aren’t what typically come to mind when people think of “memory.” Oftentimes, people consider memory to be the ability to tuck away a piece of information, such as a grocery item you need to remember to buy, and to retrieve it later. The team found little evidence that women have problems with this ability. Weber notes, though, that the 75 women in the study were more highly educated and on average of higher intelligence than the general population, and a decline might have been difficult to detect.

Women who reported memory difficulties were also more likely to report symptoms of depression, anxiety, and sleep difficulties. The team did not find any link between memory problems and hormone levels.

Generally anywhere from one-third to two-thirds of women during this stage of life report forgetfulness and other difficulties that they view as related to poor memory.

“If you speak with middle-aged women, many will say, yes, we’ve known this. We’ve experienced this,” said Weber, assistant professor of Neurology. “But it hasn’t been investigated thoroughly in the scientific literature.

“Science is finally catching up to the reality that women don’t suddenly go from their reproductive prime to becoming infertile. There is this whole transition period that lasts years. It’s more complicated than people have realized.”

“People are surprised to learn that typically, for example in elderly adults, there really isn’t a lot of evidence that memory complaints are tied to real memory deficits. Menopausal women are different. They are good at rating their memory skills,” added co-author Pauline Maki, Ph.D., director of Women’s Mental Health Research in UIC’s Department of Psychiatry.

“We don’t know why but perhaps it’s because their memory changes are more sudden and they are aware of other changes that accompany the menopause, like hot flashes. This might help them to better assess their mental abilities,” Maki added.

The latest findings are in line with results from a previous study that Weber did with Mark Mapstone, Ph.D., associate professor of Neurology, as well as results from a study which involved hundreds of women but used less sensitive measures to look at cognitive performance.

“There really is something going on in the brain of a woman at this stage in her life,” Mapstone said. “There is substance to their complaints that their memory is a bit fuzzy.”

For women who feel they are having memory problems, Weber has some advice.

“When someone gives you a new piece of information, it might be helpful to repeat it out loud, or for you to say it back to the person to confirm it – it will help you hold onto that information longer,” Weber said. “Make sure you have established that memory solidly in the brain.

“You need to do a little more work to make sure the information gets into your brain permanently. It may help to realize that you shouldn’t expect to be able to remember everything after hearing it just once.”

Health project coordinator Jennifer Staskiewicz, now of the Department of Pediatrics at the University of Rochester Medical Center, also contributed to the study, which was funded by the National Institute on Aging.