In the last thirty years, vegetation has changed significantly the world over. Until recently, the extent to which the climate or humankind was responsible remained unclear.

Geographers from the University of Zurich and colleagues from the Netherlands now reveal that over half of these changes are climatological, humans or as yet unknown human-climate interactions cause over a third and around ten percent cannot be explained fully by either the climate or human activity. 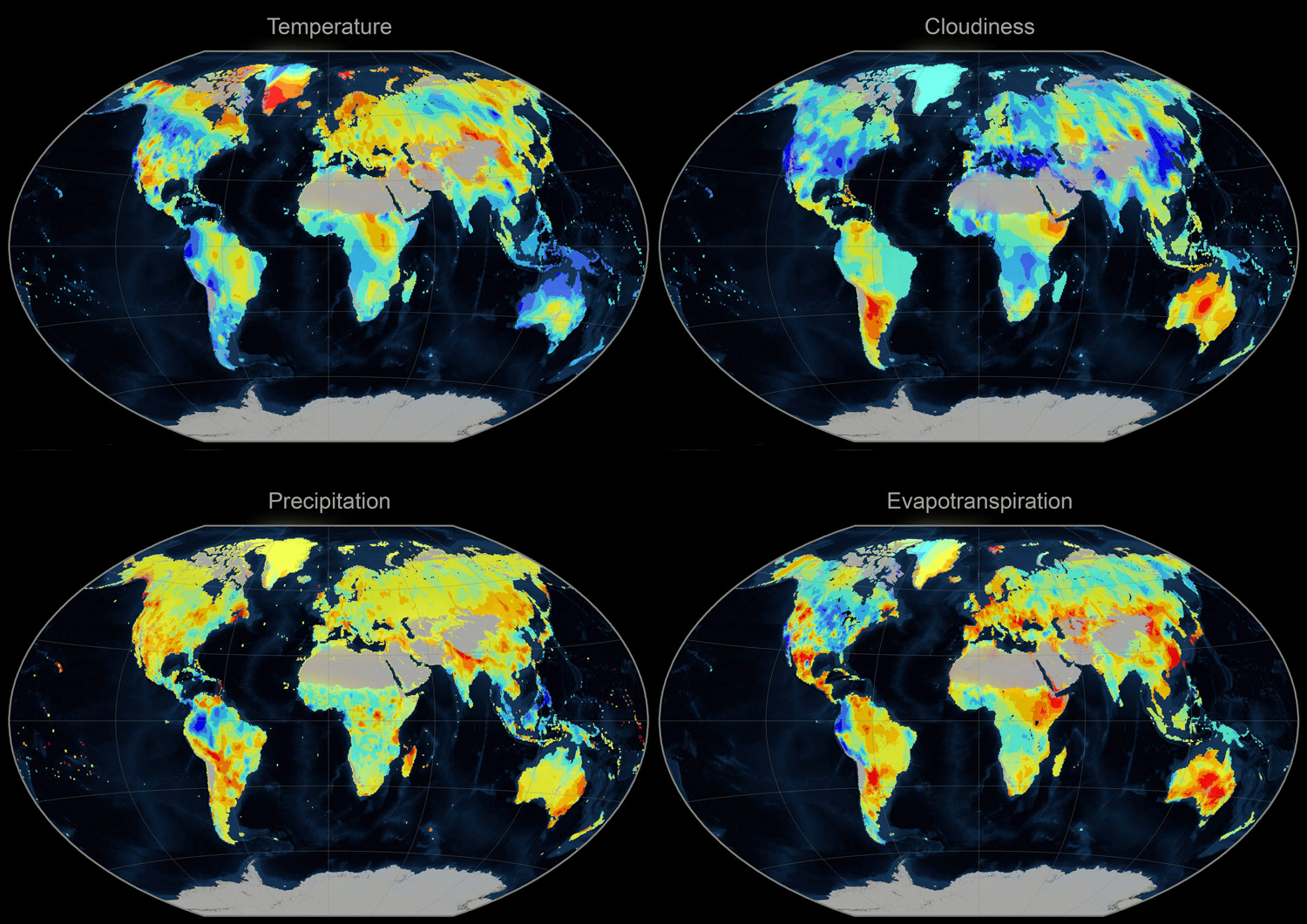 The climate governs the seasonal activity of vegetation; humankind influences it. In the humid mid-latitudes, temperature is the largest influencing factor for plant growth. In predominantly dry areas, however, it is the availability of water and in the high latitudes incident solar radiation. Without a doubt, humankind also has a modifying impact on the ecosystem. Satellites have been recording how the vegetation on the Earth’s surface is changing since the 1980s. Within the last thirty years, for instance, vegetation activity has increased in the northern hemisphere but declined in the southern hemisphere. Until recently, it was not possible to quantify the extent to which climate variability, human activity or a combination of the two factors were responsible for this. 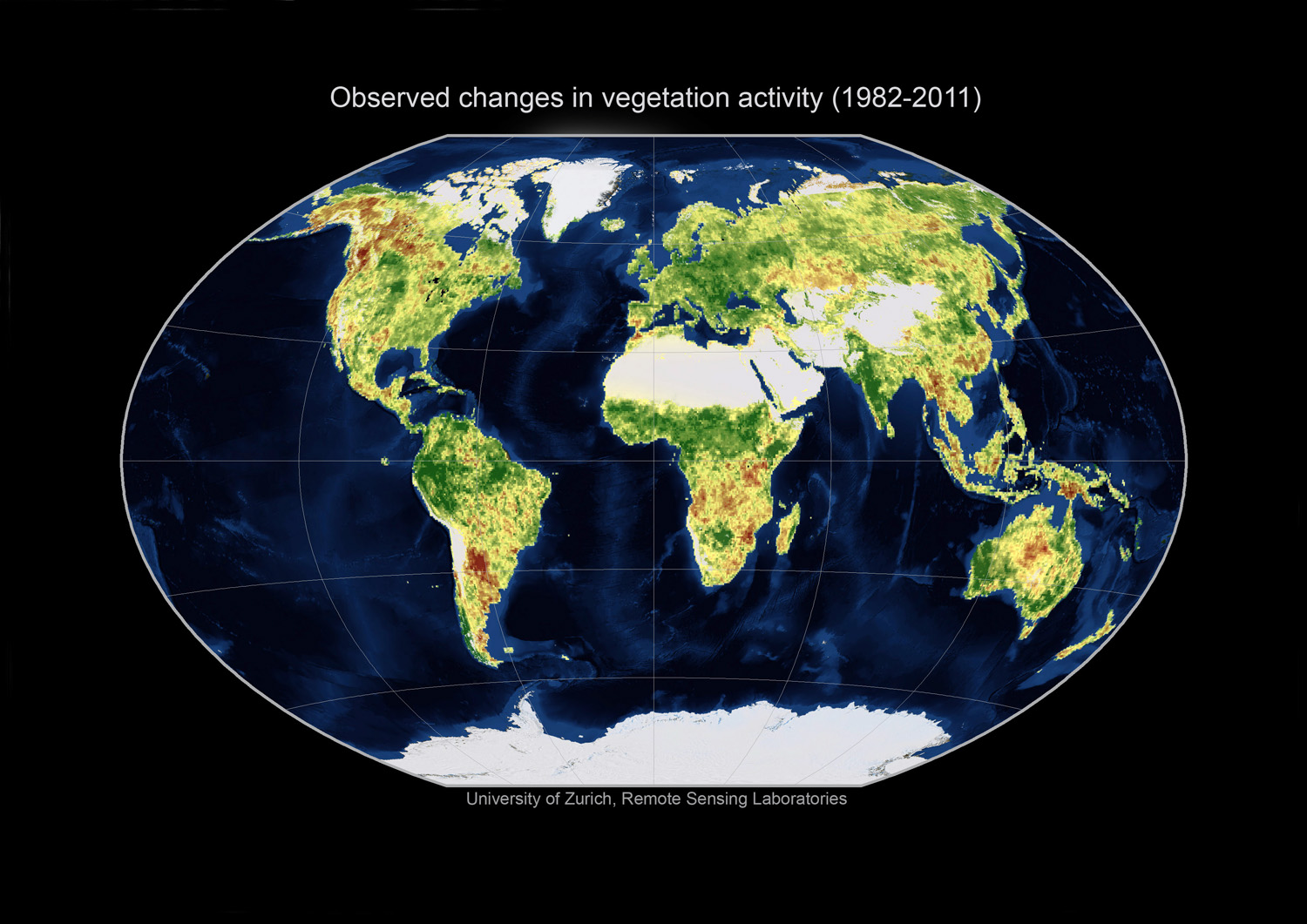 An interdisciplinary team headed by geographers Rogier de Jong, Michael Schaepman and mathematician Reinhard Furrer from the University of Zurich, however, has now developed a model together with Dutch colleagues that can illustrate the influences of human activity and climate variability on vegetation separately. To this end, they used satellite data on the vegetation increase or decline from the last thirty years, climate measurements and models, and data on the kind of land cover. The scientists demonstrate that around 54 percent of the changes in global vegetation activity can be attributed to climate variability.

Over 30 percent of the changes caused by human activity 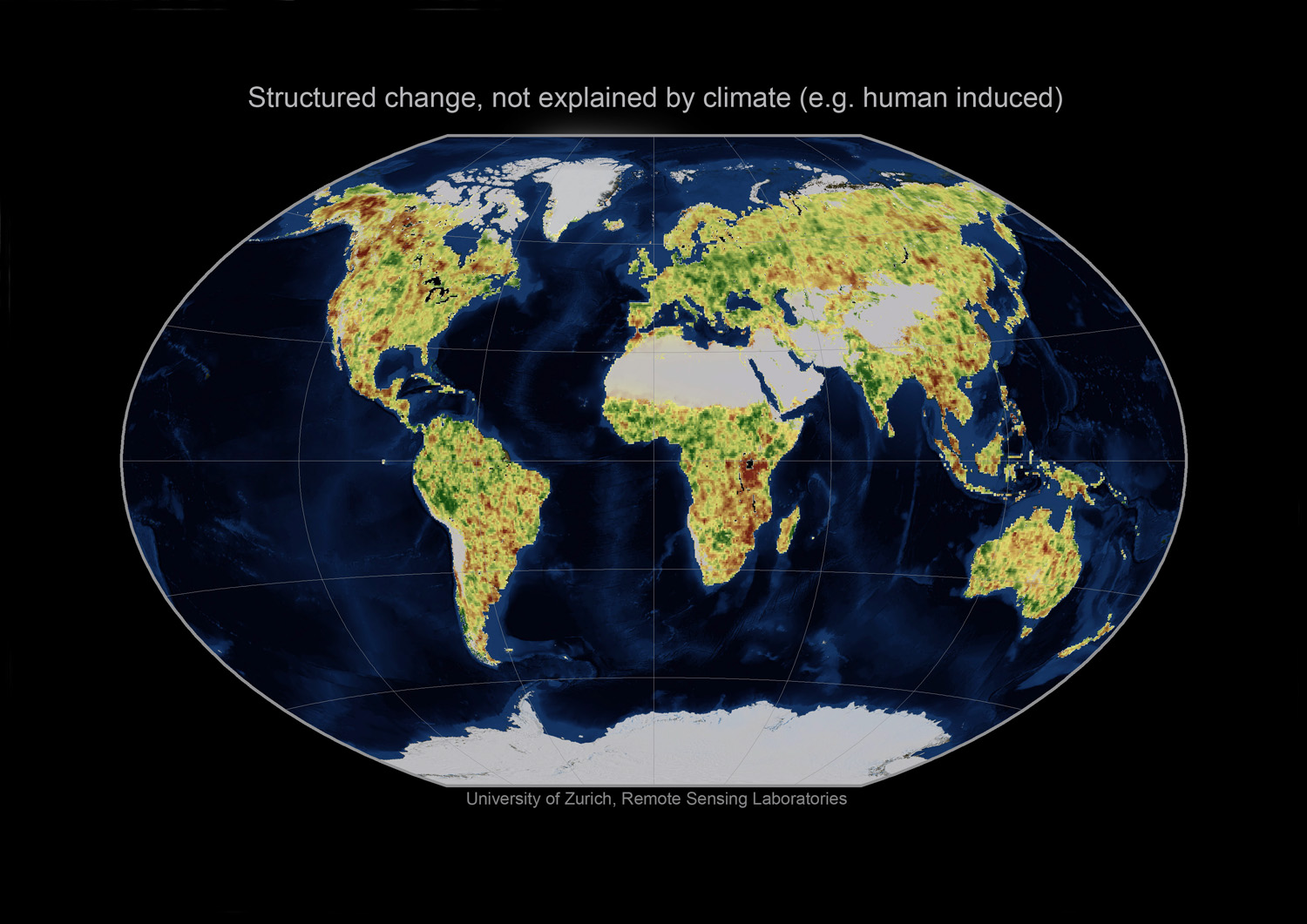 View Larger | Global vegetation changes that can primarily be put down to human interventions. Sometimes, these also contain as yet unexplained effects of the interactions between human activity and the climate variability. Credit: UZH

“The majority of the changes – more than 30 percent overall – were caused by human activity,” explains de Jong, a postdoctoral student at the University of Zurich’s Remote Sensing Laboratories (RSL). Vegetation activity primarily declined south of the Sahel region, such as in Tanzania, Zimbabwe and in the Congo. “We assume that this was caused by clear cutting, the transformation of rainforest into plantations or changes in agriculture in general,” explains de Jong. Around ten percent cannot be explained fully by climatology or human activity. “We suspect that this is due to unexplained effects of the interactions between humans and the climate,” says Head of the RSL Michael Schaepman.