A newly published article offers the description of nine remarkable new species of wasps from Africa and Madagascar.

A newly published article “Revision of the Afrotropical Mayrellinae (Cynipoidea, Liopteridae), with the first record ofParamblynotus from Madagascar” by Dr. Simon van Noort, from Natural History Department, Iziko South African Museum, and Dr. Matthew L. Buffington from the Systematic Entomology Lab, USDA offers the description of 9 remarkable new species of wasps. Mayrellinids are extremely rare wasps, which are under-represented in museum collections. Most species are known from single specimens. The study was published in the open access Journal of Hymenoptera Research. 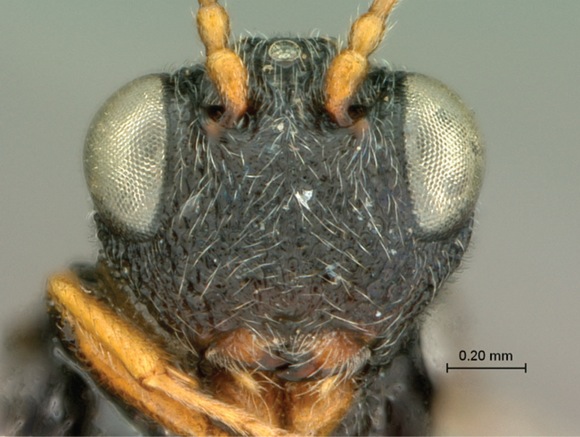 A close up of Paramblynotus alexandriensis, a new species from South Africa. Credit: Simon van Noort

The Mayrellinae subfamily includes two genera, Kiefferiella and Paramblynotus, with only the latter genus occurring in the Afrotropical region. The representatives of the genus are very small species that look superficially like cynipids, or gall wasps. Little is known about their biology. They are assumed to be parasitoid of wood-boring beetle larvae, although there is no confirmed host record to date. 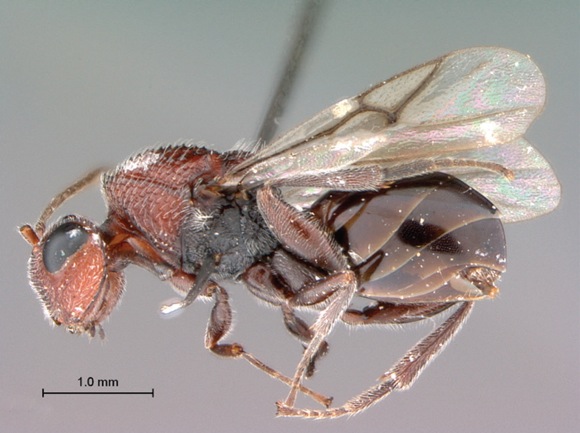 Paramblynotus behara, a new species for Madagascar and a first record of the genus for the island. Credit: Simon van Noort

The genus Paramblynotus is also recorded from Madagascar for the first time, with representatives of two species groups being present on the island. The P. seyrigi group, is erected in this study to accommodate a single, but highly distinctive new species, likely to be endemic to the island. The specimens were unearthed by the authors from a 1930s collection by André Seyrig, held in the Natural History Museum in Paris.

“Discovering the field box full of unusual wasps was reminiscent of excitement around opening presents as a child. In fact most new samples of wasps collected in the region evoke such a response when first sorted under a microscope.” explains Dr van Noort. “There is a huge diversity of undiscovered species in Africa and Madagascar and every new sample contains species unknown to science. Seyrig was a prolific collector of wasps. It was a privilege to be able to work on some of his specimens that had not been examined by specialist taxonomists since they were collected in the 1930’s.”