December’s full moon is at 03:28 UTC December 30, but it will look full before and after that date. 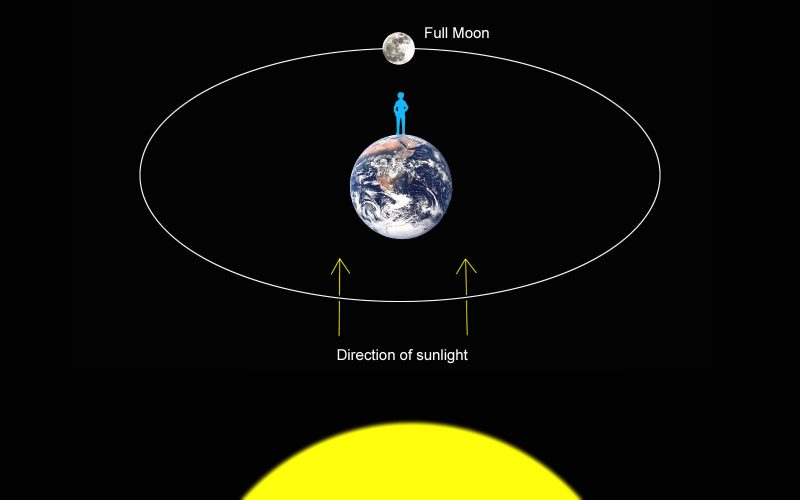 The moon appears full to the eye for two to three nights. However, astronomers regard the moon as full at a precisely defined instant, when the moon is exactly 180 degrees opposite the sun in ecliptic longitude.

It’s that feature of a full moon – the fact that it’s opposite the sun as viewed from Earth – that causes a full moon to look full.

See the moon phase for every day in 2021 on EarthSky’s lunar calendar! Order yours before they’re gone. Makes a great gift! 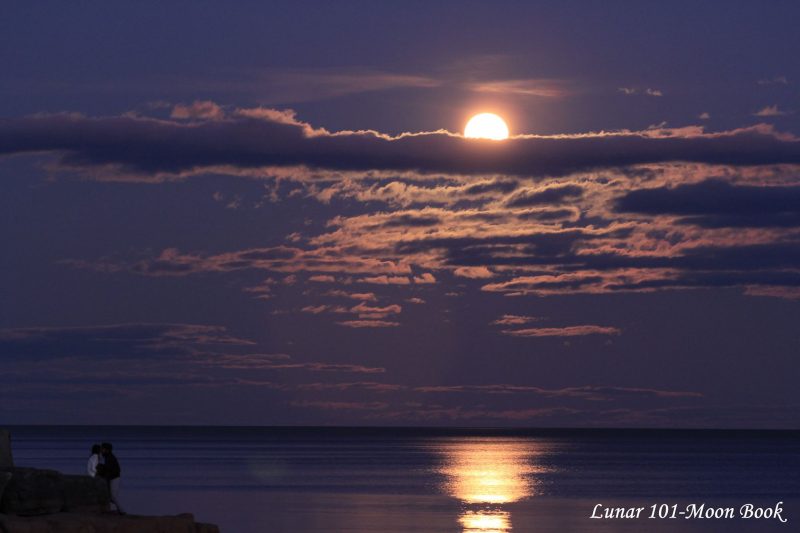 Click here to see animation. In the linked animation you can see the moon revolving around Earth. Note that the full moon is on the opposite side of the Earth from the sun. 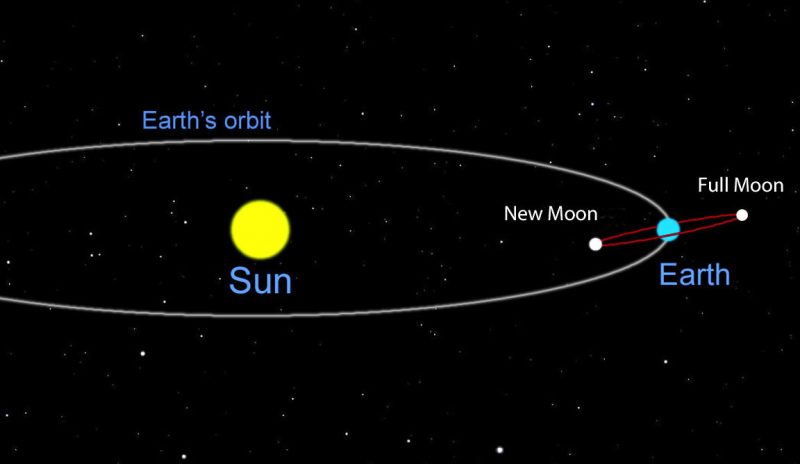