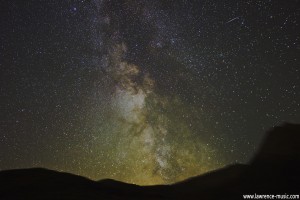 John Lawrence
E-mail lawrencemusic@hotmail.co.uk
Website www.lawrence-music.com
Location Snowdonia, North Wales
Date and Time Taken 22/7/14 01:00
Story behind the image The galactic core scraping the Snowdonian hilltops in summer. one bright shooting star on the top right, and two running perfectly parallel along the milky way core. I can only presume that this is a meteorite that has split into two.
Equipment Details Canon Eos 600d on eq5 mount with dc motors 4min exposure at iso 1600
Post-processing Details post processing in camera raw

Thank you! Your submission has been received!
Oops! Something went wrong while submitting the form.
END_OF_DOCUMENT_TOKEN_TO_BE_REPLACED