Save the giants, save the planet

Protecting large animals such as elephants and whales, and large plants like the sequoias, has a disproportionate positive impact on the health of the planet and resilience to climate change. 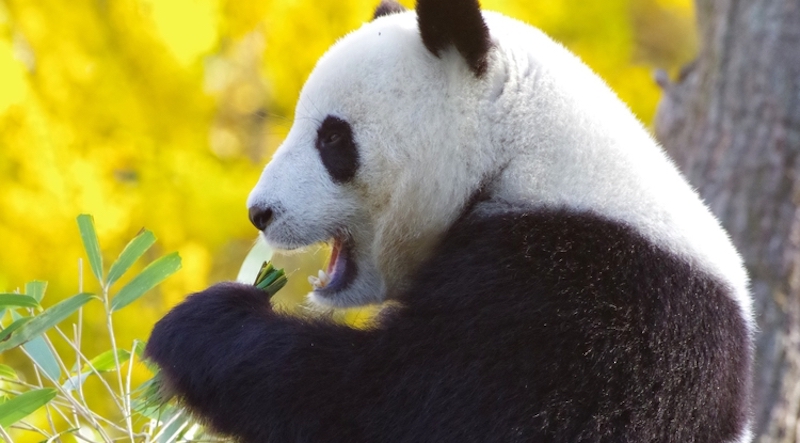 Protecting large plants and animals has a disproportionate positive impact on the health of the planet and resilience to climate change. Image via University of Arizona.

Habitat loss, hunting, logging and climate change have put many of the world’s most charismatic species at risk. A new study, led by the University of Arizona, has found that not only are larger plants and animals at higher risk of extinction, but their loss would fundamentally degrade life on earth.

The study, published February 4, 2020, in Nature Communications, is based on computer simulations that compared the state of the natural world during the Pleistocene (a past epoch long before human-caused extinctions began), the present day, and a future world in which all large plants and animals had gone extinct.

Results showed that the continued loss of large animals alone would lead to a 44% reduction in the total amount of wild animal biomass on the planet. It would also lead to a 92% reduction in soil fertility, which underpins the ability of the earth to grow plants and sustain life.

Brian Enquist, professor of ecology and evolutionary biology at the University of Arizona, is the paper’s lead author. He said:

This research shows there are fundamental scientific principles that explain why large animals and trees matter for the health and integrity of all life on Earth. Protecting big, charismatic species does have an umbrella effect to protect the wider ecosystem.

A key reason for these results lies with the transport of nutrients. When large animals eat in one location and defecate or urinate in another, they transport nutrients, often moving them from nutrient-rich areas to other, less fertile parts of the land and oceans. Similarly, the largest trees are the most productive, and contain and stir more nutrients and carbon.

Ecosystems with larger trees and animals are also more productive and provide more vital ecological services. I use this analogy: The largest banks and corporations in the economy are the most productive and have the most impact on the economy, so when those large banks failed during the great recession in 2009, we had to prop them up economically, or they would have had a disproportionate negative impact on economy. It’s a similar principle with large plants and animals across ecosystems.

Unfortunately, these large organisms are more susceptible to human pressures and climate change and take longer to recover from shocks, making them more prone to extinction.

Yadvinder Malhi, leader of the ecosystems group at the Environmental Change Institute at the University of Oxford, is a co-author on the paper. He said:

For hundreds of millions of years, Earth has been a planet of giants. In the last few thousand years, these large animals and plants have been whittled away, and this process continues today. Our paper shows why this loss of these giants matters for the very fabric of life on Earth, and why we must do everything possible to protect and restore them.

A Glyptodont asper fossil from Argentina: they were heavily armored mammals, related to armadillos, that became extinct during the last ice age. These enormous animals were about the size and weight of a Volkswagen Beetle. Image via Arent/ Wikimedia Commons.

The findings help to answer an ongoing debate about where to channel limited conservation resources. While charismatic species such as the tiger or redwood tree have historically been most appealing and therefore effective at pulling in donations, some scientists worried that the focus on a certain subset of plants and animals could be coming at the cost of protecting other, less well-loved species.

Our findings instead point to the importance of policies that emphasize the promotion of large trees and animals, as such policies will have a more disproportionate impact on biodiversity, ecosystem processes and climate mitigation. We can use this model to focus our conservation concerns. For example, we can identify the forest that still contains some of the largest tress on the planet, or forests that have healthy size structure and prioritize them because they’re more productive and resilient.

Bottom line: Studies show that protecting large and fascinating animals and plants has an umbrella effect in protecting the wider ecosystem where these organisms are found. Much of it is tied to nutrient transport from waste produced by large animals, and the productivity of large trees.

Source: The megabiota are disproportionately important for biosphere functioning