Lucky New Year’s foods in the U.S. South and around the world. Happy 2017! 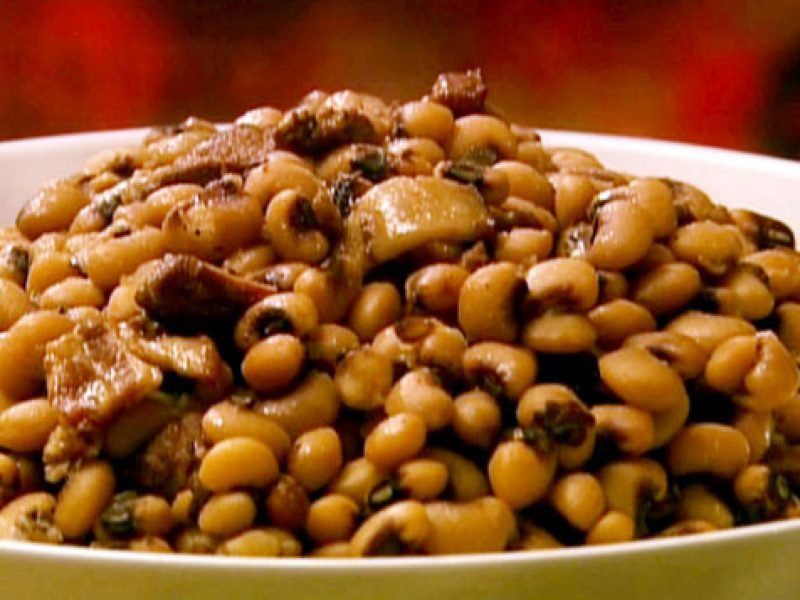 Black-eyed peas form the base of the New Year’s Day triumvirate for many U.S. southerners. Recipe via foodnetwork.com.

If you’re a born-and-raised U.S. southerner, as I am, you might not dream of passing New Year’s Day without eating at least a few black-eyed peas. At some point, it occurred to me to wonder why this food – plus greens and cornbread – are considered lucky for New Year’s. I found out that this deep tradition of the U.S. South dates back to the Civil War, when William Tecumseh Sherman made his march to the sea in the fall of 1864.

Sherman’s soldiers lived off the land. They stripped the countryside of crops, robbed food stores and killed or carried away livestock. But they apparently passed over the “field peas” – black-eyed peas to us – a food whose first domestication probably occurred in West Africa and came to the U.S. during the slave trade of the early U.S. colonial period. The soldiers must have thought these legumes were useful only for animal feed.

Southerners left with black-eyed peas were said to feel lucky and to survive the winter. 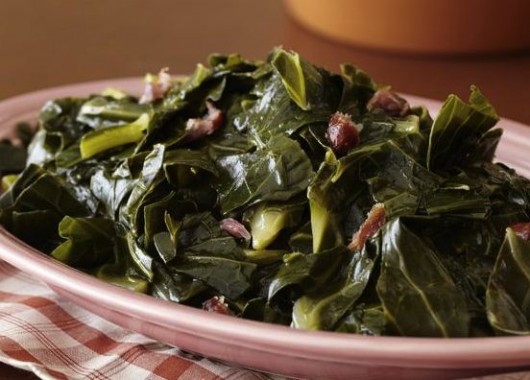 Collard greens. You might think you don’t like them, but try them with cornbread and black-eyed peas. Recipe via foodnetwork.com 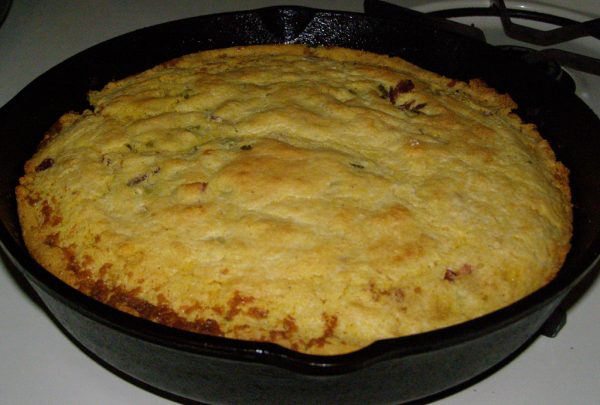 Like many U.S. southerners, I always make cornbread in an iron skillet. Heat oil in the skillet on your stovetop, and pour the batter into a very hot skillet before you bake. Image via Wikimedia Commons and recipe via foodnetwork.com

The list below has a few more “lucky” New Year’s foods, both in the U.S. and around the world.

Greens. Go ahead. Cook up a big pot of collards, kale or chard on New Year’s Day. These foods are eaten in many parts of the world on New Year’s because they’re green and are said to resemble money.

Grains and noodles. Grains (corn, rice, quinoa, barley) are symbols of long life and abundance. By the way, cornbread, greens and black-eyed peas are all considered soul food, popular in African American culture for centuries. Abraham Lincoln issued the Emancipation Proclamation – freeing the South’s slaves – as the U.S. entered its third year of civil war on January 1, 1863. 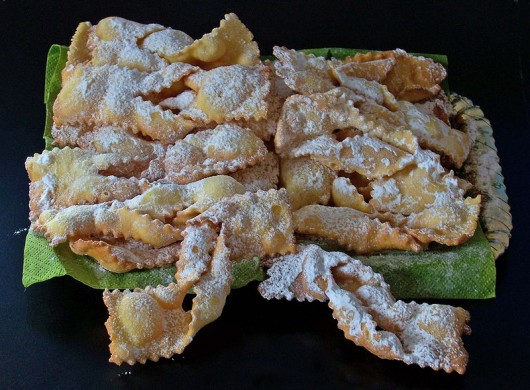 These are chiacchiere, a traditional Italian pastry. Ring-shaped cakes and pastries are considered lucky at New Year’s because they symbolize coming full circle. Image via Wikimedia Commons.

Ring shaped cakes and pastries. In many parts of the world, around the New Year, ring-shaped cakes are eaten as a beautiful symbol of coming full circle. Sometimes the cakes have trinkets baked inside, like the baby inside a New Orleans king cake (popular from Christmas Eve to Epiphany). In a story for KQED.org, Anna Mindess wrote that:

Denmark is the place to go for New Year’s Eve, where marzipan is the key ingredient in a dramatically tall, ringed cake called Kransekage. The cone-shaped pastry is constructed of ever smaller concentric circles and is the classic dessert for weddings, birthdays and New Years.

Meanwhile, Italy has a ring-shaped ripastry called chiacchiere at New Year’s, pictured above. In Poland, Hungary, and the Netherlands, people eat donuts for New Year’s.

Eating pork is said to be lucky at New Year’s, except for the pig. Photo by Neal Foley on Flickr.

Pork. Pigs are considered a lucky New Year’s food because they root in the ground while moving forward. They’re fat, a worldwide symbol of prosperity. I don’t know about all pigs, but the pig kept as a pet by one of my neighbors also has the kind of face that always looks as if it’s smiling. You can’t go wrong with combining pork, beans and greens in a dish called Hoppin’ John for New Year’s Eve. Recipe here.

Using the same logic, lobsters and chickens are supposed to be unlucky foods at New Year’s. Lobsters crawl backwards. Chickens, when they scratch, also move backwards.

For luck in the coming year, eat 12 grapes as the clock strikes midnight on New Year’s Eve. Each grape represents a month. If one is sour, that month might be less fortunate, or so the story goes. Photo via austinevan on Flickr

Fruit, especially grapes. In Spain, Portugal and many Latin American countries, New Year’s revelers eat 12 grapes at midnight on New Year’s Eve — one grape for each stroke of the clock. Epicurious.com says this tradition dates back to 1909, when Spanish grape farmers had a grape surplus. Each grape is said to represent a different month. If one grape is sour, that month might not be so fortunate.

By the way, grapes aren’t the only lucky New Year’s fruit. A pomegranate’s many seeds are said to symbolize prosperity. Figs are said to be a symbol of fertility.

Bottom line: In the U.S. South and around the world, some foods are considered lucky for New Year’s. What the heck? Eat them! I always do. This post talks about lucky New Year’s foods and why they carry the association of good fortune.