When did humans learn to count? 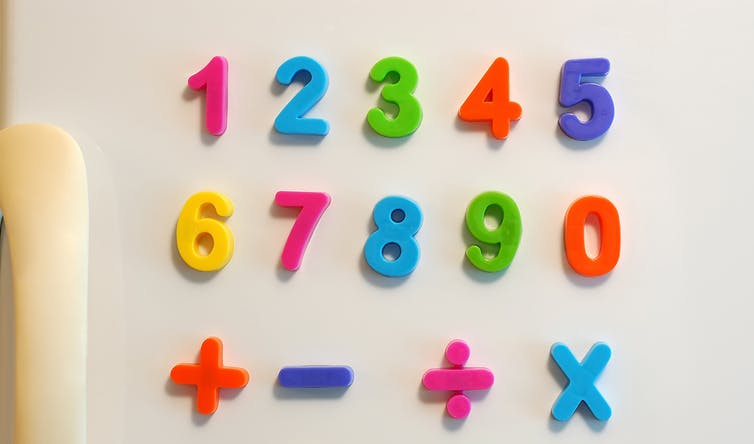 Where did our written numbers come from? Image via Nikita Rogul/shutterstock.com.

The history of math is murky, predating any written records. When did humans first grasp the basic concept of a number? What about size and magnitude, or form and shape?

In my math history courses and my research travels in Guatemala, Egypt and Japan, I’ve been especially interested in the commonality and differences of mathematics from various cultures.

Although no one knows math’s exact origins, modern mathematicians like myself know that spoken language precedes written language by scores of millennia. Linguistic clues show how people around the world must have first developed mathematical thought.

Differences are easier to comprehend than similarities. The ability to distinguish more versus less, male versus female or short versus tall must be very ancient concepts. But the concept of different objects sharing a common attribute – such as being green or round or the idea that a single rabbit, a solitary bird and one moon all share the attribute of uniqueness – is far subtler.

In English, there are many different words for two, like “duo,” “pair” and “couple,” as well as very particular phrases such as “team of horses” or “brace of partridge.” This suggests that the mathematical concept of twoness developed well after humans had a highly developed and rich language.

By the way, the word “two” probably was once pronounced closer to the way it’s spelled, based on the modern pronunciation of twin, between, twain (two fathoms), twilight (where day meets night), twine (the twisting of two strands) and twig (where a tree branch splits in two).

Written language developed much later than spoken language. Unfortunately, much was recorded on perishable media, which have long since decayed. But some ancient artifacts that have survived do exhibit some mathematical sophistication.

For example, prehistoric tally sticks – notches incised on animal bones – are found in many locations around the world. Though these might not be proof of actual counting, they do suggest some sense of numerical record keeping. Certainly people were making one-to-one comparisons between the notches and external collections of objects – perhaps stones, fruits or animals.

A tally stick found in Scandinavia. Image via The British Museum.

The study of modern “primitive” cultures offers another window into human mathematical development. By “primitive,” I mean cultures that lack a written language or the use of modern tools and technology. Many “primitive” societies have well-developed arts and a deep sense of ethics and morals, and they live within sophisticated societies with complex rules and expectations.

In these cultures, counting is often done silently by bending down fingers or pointing to specific parts of the body. A Papuan tribe of New Guinea can count from 1 to 22 by pointing to various fingers as well as to their elbows, shoulders, mouth and nose.

Most primitive cultures use object-specific counting, depending on what’s prevalent in their environment. For example, the Aztecs would count one stone, two stone, three stone and so on. Five fish would be “five stone fish.” Counting by a native tribe in Java begins with one grain. The Nicie tribe of the South Pacific counts by fruit.

English number words were probably object-specific as well, but their meanings have long been lost. The word “five” probably has something to do with “hand.” Eleven and 12 meant something akin to “one over” and “two over” – over a full count of 10 fingers.

The math Americans use today is a decimal, or base 10, system. We inherited it from the ancient Greeks. However, other cultures show a great deal of variety. Some ancient Chinese, as well as a tribe in South Africa, used a base 2 system. Base 3 is rare, but not unheard of among Native American tribes.

The ancient Babylonians used a sexagesimal, or base 60, system. Many vestiges of that system remain today. That’s why we have 60 minutes in an hour and 360 degrees in a circle.

What about written numbers?

Ancient Mesopotamia had a very simple numerical system. It used just two symbols: a vertical wedge (v) to represent 1 and a horizontal wedge (<) to represent 10. So <<vvv could represent 23. 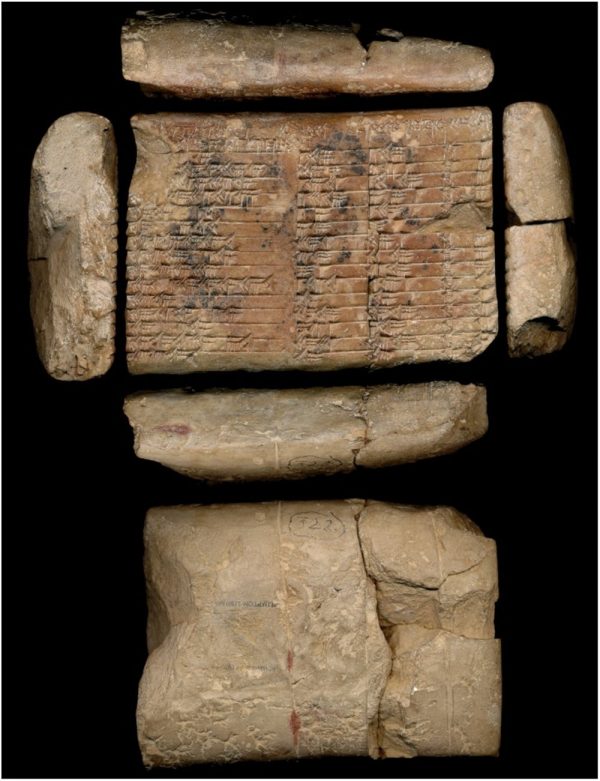 But the Mesopotamians had no concept of zero either as a number or as a place holder. By way of analogy, it would be as if a modern person were unable to distinguish between 5.03, 53 and 503. Context was essential.

The numerals most of us know today developed over time in India, where computation and algebra were of utmost importance. It was also here that many modern rules for multiplication, division, square roots and the like were first born. These ideas were further developed and gradually transmitted to the Western world via Islamic scholars. That’s why we now refer to our numerals as the Hindu-Arabic numeral system.

It’s good for a young struggling math student to realize that it took thousands of years to progress from counting “one, two, many” to our modern mathematical world.