What does your desk say about you?

“We found … that you can get really valuable outcomes from being in a messy setting.” – Kathleen Vohs

The state of your office, messy or neat, might influence your actions and say something about traits of your unique personality. A team of psychologists showed that people working at a neat and organized desk tend to be more conventional, generous, and inclined towards healthy foods. Their findings showed that messy desk, on the other hand, might stimulate creativity and a willingness to try new things. These results, based on a series of experiments announced on August 6, 2013, were recently published in the journal Psychological Science.

Kathleen Vohs, who led the study at the University of Minnesota, said in a press release:

Prior work has found that a clean setting leads people to do good things: not engage in crime, not litter, and show more generosity. We found, however, that you can get really valuable outcomes from being in a messy setting. 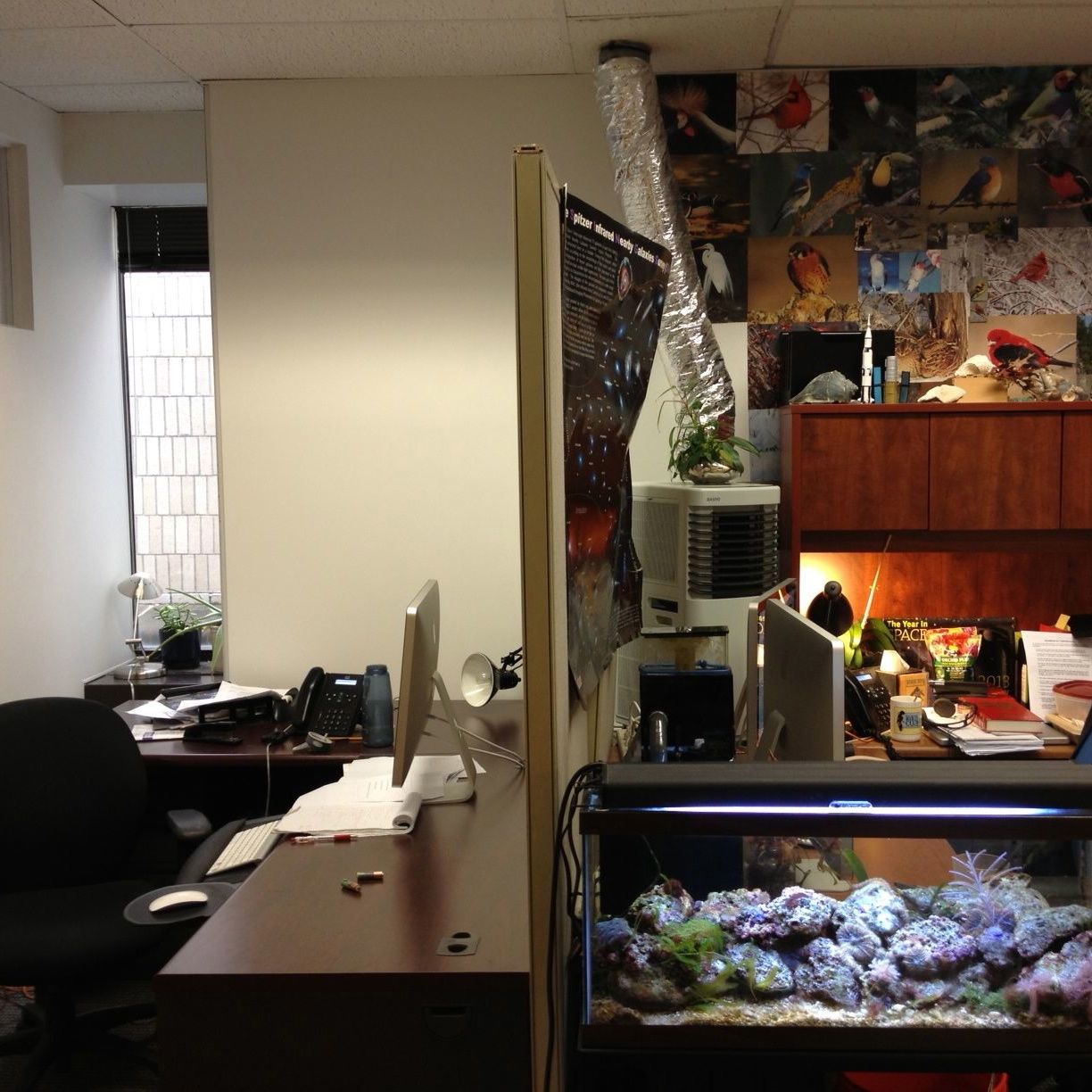 For the experiment, participants were sent to an office to fill out a questionnaire, then given an opportunity to make a charitable donation. Before leaving the room, they were offered a choice of snacks: an apple or chocolate. Some were sent to a tidy well-organized office, others to an untidy cluttered office.

The outcome, Vohs said, was that people working in a tidy office were more likely to make larger donations and take an apple on their way out, as compared with those in the messy office.

Does anything good come out of working in a messy environment? To test this, the scientists devised two experiments. In one study, participants were asked to figure out new uses for ping pong balls. In the second one, they were asked to choose between two products, a familiar or a new item. As before, some participants were sent to tidy offices and others to untidy ones, to do these tasks.

Researchers found that people working in messy offices came up with more innovative ideas for using ping pong balls than those in tidy offices. In the other experiment, participants in messy offices were more likely to pick the new product. 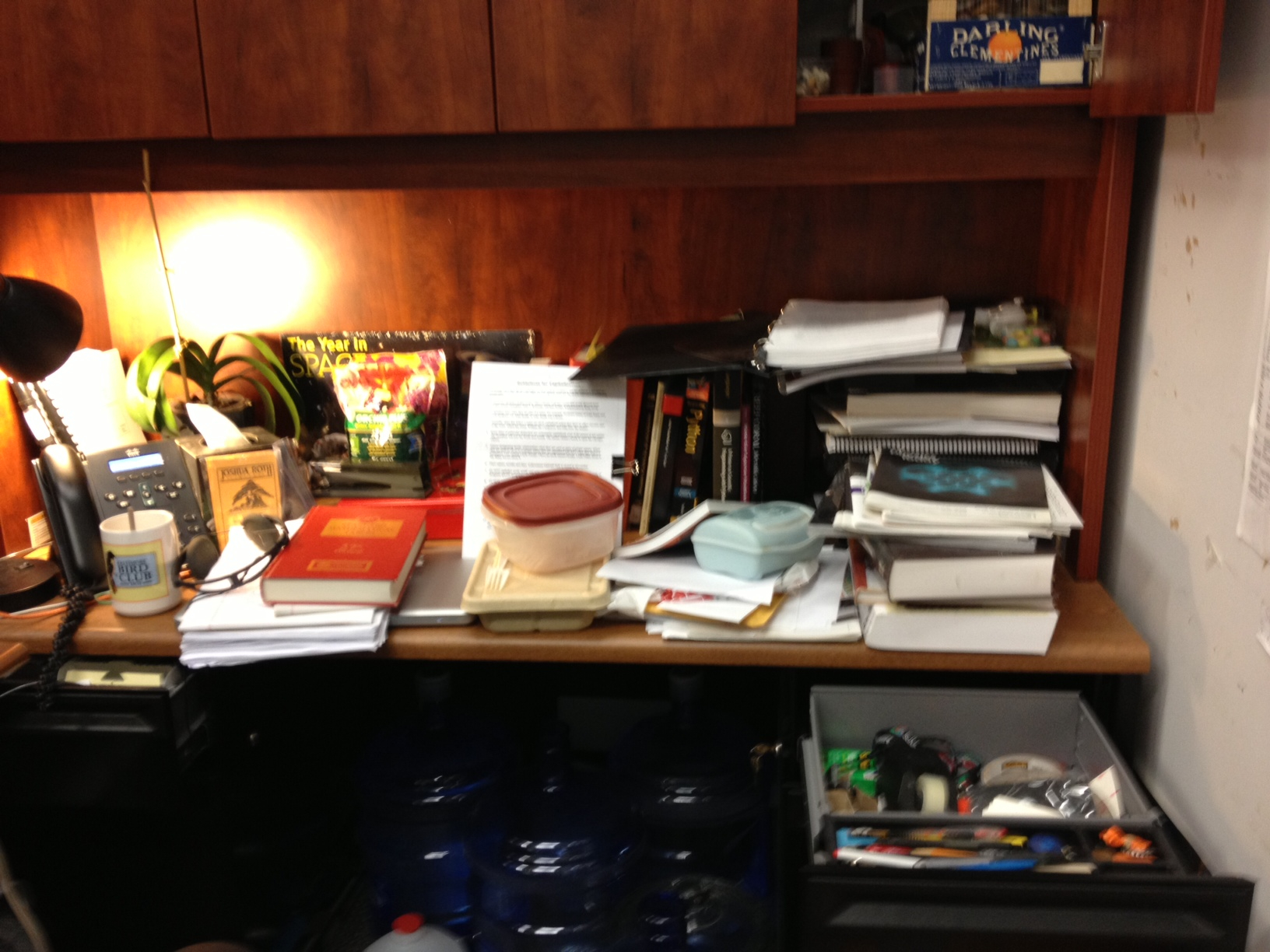 My desk, via Shireen Gonzaga.

So, can we arrive at conclusions about how people behave and think, simply by looking at their offices? My workplace is full of smart innovative people. But a quick glance into several offices showed relatively neat uncluttered working environments. Since most of our work is done on computers, should I be looking at their computer desktop? I’d have to walk in their offices and ask, “can I look at your computer desktop to see if it’s cluttered or tidy, so i can find out if you’re a junk food-eating innovator or health-conscious conformist?” I don’t think that would go over too well; best to leave that study to the psychologists.

In the press release, Vohs commented,

We are all exposed to various kinds of settings, such as in our office space, our homes, our cars, even on the Internet. Whether you have control over the tidiness of the environment or not, you are exposed to it and our research shows it can affect you.

Personally, I’m skeptical of these findings. Human behavior is complex. Can it be modeled in such simple terms? Should clean up my office … or allow it become even more cluttered? What are your thoughts?

Bottom line: Working in a neat or untidy office might affect the way you function, according to the findings of experiments conducted by University of Minnesota researchers. They showed that people working at a neat organized office tended to be more conventional, generous, and inclined towards healthy foods. A messy office, on the other hand, appears to stimulate creativity and a willingness to try new things.