Video: How human numbers stack up against everything from bugs to bacteria 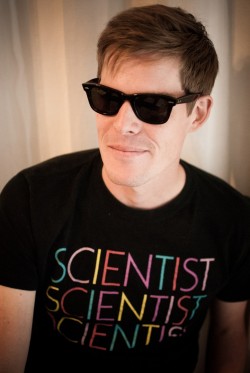 As of today, it’s estimated that world population is over 7 billion. We humans, though, aren’t the only creatures on this planet. Compared to other species, how successful are we? Joe Hansen at It’s Okay to Be Smart gives the answer in the video below, posted to YouTube January 28, 2013.

It turns out that biomass, or what things weigh, can be more important than how many of something there are. Find out how our numbers stack up against everything from bugs to bacteria, and get ready for some mind-blowing numbers!

Bottom line: It’s Okay to Be Smart explores numbers of humans, and other species, in a video posted to YouTube January 28, 2013.

Martha Morales uses her extensive knowledge of video pre- and post-production to help create EarthSky science videos in Spanish and English. As a Video Producer for EarthSky, her special focus is the EarthSky en Español 60-second video series. She acts as the EarthSky lead set coordinator, camera operator, and story producer – capturing interviews with the world’s leading English and Spanish-speaking scientists and editing them into an accessible, informative and effective message. To accomplish this, she draws from her B.S. in Radio-Television-Film from the University of Texas as well as her experience working in television with PBS El Paso and Channel 6 Austin. Growing up in El Paso, TX, Martha embraces the dual identities that define the U.S.-Mexico border. She is bilingual in English and Spanish. Martha’s favorite thing about EarthSky? The amazing science shows that inspire wonder and hope about our universe and world.