Only 10 percent of adult sore throat cases are caused by bacteria, but 60 percent of these patients are given antibiotics.

When people seek medical attention for sore throats there is often nothing doctors can do for them. Only 10 percent of such cases in adults are caused by bacteria and thus treatable with antibiotics. The remainder are viral infections against which the pills are utterly useless. And yet, according to research published online in JAMA Internal Medicine, 60 percent of U.S. patients who enter with complaints of sore throat exit with prescriptions for antibiotics. To be fair, doctors have become somewhat more prudent in their prescribing. Thanks to the educational efforts of groups like the Centers for Disease Control, antibiotic prescription rates for sore throats dropped from an alarming 80 percent to a still excessive 70 percent in the early 1990s. It’s a start. They dropped again around 2000 to 60 percent, but that was it. They’ve plateaued there for the past decade, still six times what they should be if only folks with actual strep throat were going home with bottles of pills. 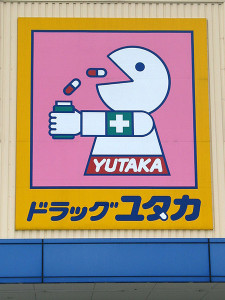 Can someone please translate the text on this awesome self-medicating Pac-Man MD? Image: Rudolf Ammann.

Let’s review why this is a bad thing. To start with, there’s antibiotic resistance. It’s been a problem from the get go, with Staphylococcus aureus paving the way when it it became the first bacteria to develop penicillin resistance a mere four years after the drug’s debut. Things have snowballed since then, and we’re entering an era in which bacteria are increasingly impervious to most, and in some cases all, of our antibiotic arsenal. Because bacteria adapt quickly to environmental pressures, some amount of drug resistance is inevitable. But we can slow its progress by minimizing unnecessary use of antibiotics.

Antibiotics aren’t completely harmless to the patients taking them either. Our bodies are complex ecosystems that house many species of beneficial bacteria along with our own cells. Antibiotics aren’t very precise hit men. When we send them in to take out a disease-causing bacterial species they can also kill some of our bodies’ useful microbes, resulting in unhappy side-effects like diarrhea and yeast infections.

And let’s not forget the cost. Antibiotics don’t grow on trees (though some of the earlier ones were found in soil-dwelling bacteria). Someone has to pay for all these pills swallowed in vain. The authors of the study estimate that from 1997 to 2010 the price tag for antibiotics unnecessarily prescribed to adults with sore throats was at least 500 million dollars, a number so large it hurts my head just thinking about it.

But perhaps we should look on the bright side. There’s pretty much just one kind of bacteria that regularly causes sore throats – group A Streptococcus (GAS), the culprit behind strep throat. And it’s one of those rare bacteria that still respond to penicillin. So, yay. At least when we’re overmedicating sore throats we don’t need to waste newer antibiotics that should be saved for hard to treat infections. But, oops, that’s not quite what’s happening. The study found that patients with sore throats receiving prescriptions for azithromycin rose from barely measurable in 1997 to 15 percent in 2010. 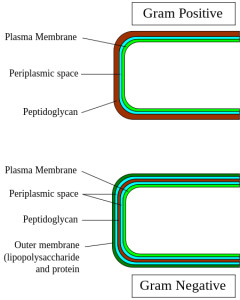 This just doesn’t make any sense. Azithromycin – better known by its flashy stage name Z-pak – is a broad-spectrum antibiotic, meaning it’s effective against a wide variety of bacteria. Group A Streptococcus is a lowly gram-positive* bacterium with no tricks up its sleeve. You can kill it by messing up its rather simple cell wall, which is what penicillin does. Azithromycin has a different mechanism of action (it disrupts bacterial protein synthesis), is effective against gram-positive and gram-negative bacteria, and is thus total Rx overkill for a case of strep.**

So what’s wrong with doctors? I’m pretty sure they had to study microbiology at some point in their medical education. Did they just forget this stuff? Not quite. While the present study only addressed prescribing behavior, previous studies have taken a crack at learning the reasons why doctors prescribe antibiotics in some cases and not others. A 1998 paper published in BMJ (British Medical Journal) found that doctors often prescribed antibiotics against their better judgment in order to maintain good doctor-patient relationships. Basically, they hated saying no to patients who wanted antibiotics (or who seemed to want antibiotics, as the requests were not always explicit). But in a 2003 study (BMJ again) doctors did not report harmonious relationships with patients as the primary motivation to prescribe antibiotics. Many chose to pull out their prescription pad if a patient looked especially ill (even though viral infections can also make some look thoroughly awful) or if they were especially poor, the reasoning being an assumption that poorer patients would be more susceptible to complications from their illnesses due to unhealthy living conditions. More than one doctor admitted that a negative experience with a previous patient had affected their current prescribing habits. At some point they didn’t prescribe antibiotics, the infection did turn out to be bacterial, complications ensued, and now it’s antibiotics for everyone. Just in case.

Despite their somewhat different findings, both the interview studies showcase that doctors, being humans and all, sometimes make decisions for emotional rather than purely scientific reasons. It may be up to patients to help restart that stalled decline in prescription rates. Testing for strep throat causing GAS bacteria does exist, and asking to delay medication until the results are in could reduce some pointless pill popping. There’s a catch though, the rapid strep test is not as reliable as a good old-fashioned throat culture, which can take up to two days. This means someone has to look at lab results and follow up by phone, which is extra work for the doctor’s office and extra waiting time for the patient. But it’s well worth it. According to the statistics, in about 9 out of 10 cases the results will be negative, and by that time the sore throat may even be clearing up on its own.

* Microbiology refresher: the terms gram-positive and gram-negative refer to how bacteria respond to gram staining as a result of their different cell wall structures.

** Penicillin allergies would not account for the rise of the Z-pak. Only 3-10% of the population is estimated to be allergic to penicillin