Meet Michael Faraday, the man behind the electric motor and theory of electromagnetism. 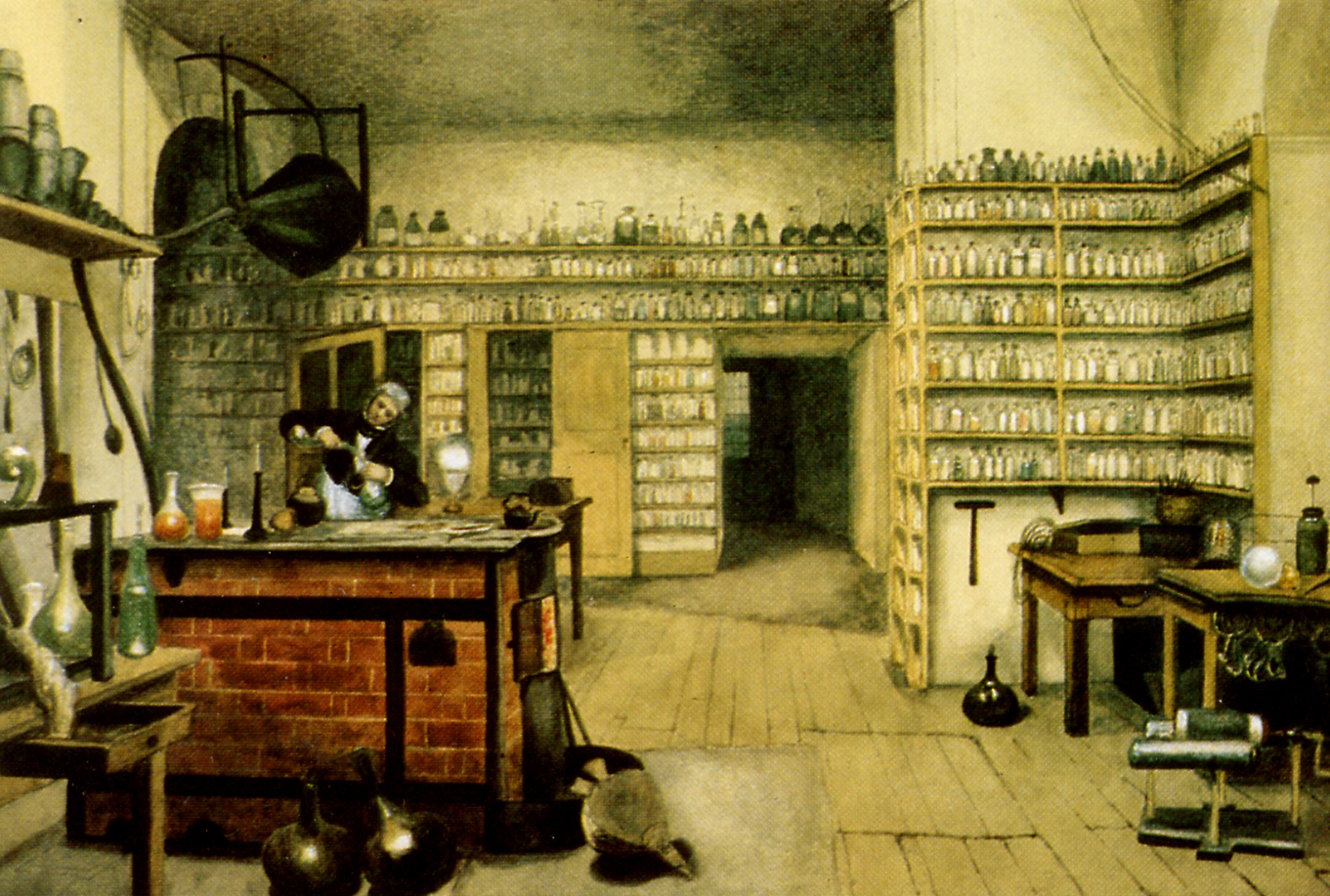 Michael Faraday in his laboratory at the Royal Institution, in the 1800s. From a series of watercolors of the great experimental scientist by Harriet Moore.

September 22, 1791. Today is the anniversary of the birth of British physicist and chemist Michael Faraday. In spite of a rudimentary education, he became one of history’s most accomplished experimental scientists, known for his laws of induction (think of electrical motors, transformers, inductors, generators, solenoids) and electrolysis (using electricity to drive a chemical reaction) and for figuring out the fundamental principles of electromagnetism (related to light itself).

Faraday was born in England, the third of four children. His father was a blacksmith, who was unable to work regularly due to illness, and his mother was a countrywoman. The family was part of a small Christian sect called the Sandemanian Church, which is said to have greatly influenced the young scientist in his views and interpretations of nature. He’s known to have said:

Nothing is too wonderful to be true, if it be consistent with the laws of nature, and in such things as these, experiment is the best test of such consistency.

I am no poet, but if you think for yourselves, as I proceed, the facts will form a poem in your minds. 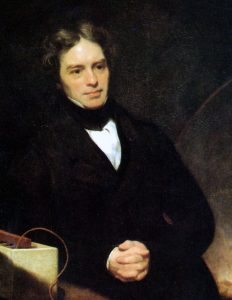 Michael Faraday in 1842, painted by Thomas Philips, via Wikimedia Commons.

Faraday’s education was rudimentary. He attended Sunday school and learned writing and reading. He knew basic algebra and trigonometry.

By age 14, around the year 1805, he was working as a bookbinder’s apprentice. This job was critical to Faraday’s development as a scientist because it gave him the opportunity to read the books he was binding.

From the material he read, he was able to perform simple experiments. For example, he built a voltaic pile (precursor to the modern day battery) and performed experiments in electrochemistry with it.

Another key event in Faraday’s life occurred when he received tickets to attend the lectures of a famous chemist: Sir Humphry Davy. Faraday is said to have drunk in the chemist’s words. He sent Davy 300 pages of notes and a request for employment. Davy refused him at first, but ended up giving him a position in 1812. Afterwards, Faraday learned alongside the famous chemist.

By 1820, when his second apprenticeship under Davy came to an end, Faraday had become an expert in chemistry. In fact, his early fame was achieved due to his work in chemistry. He worked on substitution reactions and succeeded in isolating benzene. He created glass with a very high refractive index to improve telescopes as an assignment for the Royal Institution (which still exists today). This led him to discover diamagnetism in 1845.

It was after he married Sarah Bernard in 1821 that he started his research in electricity and magnetism at the Royal Institution.

Many discoveries were being made about electricity in the 1820s. Orsted discovered that current generates a magnetic field around the wire and Ampere showed that a magnetic field is cylindrical in shape. These discoveries paved the way for Faraday’s discovery of electromagnetic rotation – the principle behind the electric motor – in 1831. 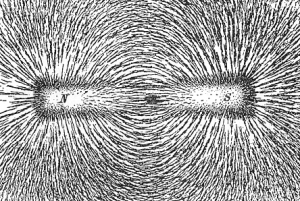 Lines of force shown with a magnet and iron filings via Physics Stack Exchange.

Faraday then built the first electric generator and transformer. He is also the one who came up with the concept of electromagnetic lines of force. Later, James Clerk Maxwell, among others, ‘mathematized’ Faraday’s observations into what is known today as Maxwell’s equations.

Faraday is known for many other discoveries and inventions such as the Faraday Cage and the Faraday Effect. He was extremely productive as a scientist, and when asked about his secret for success by a young scientist, he replied:

The secret is comprised in three words – work, finish, publish.

Faraday was also deeply religious throughout his life. In fact, when he was asked to develop chemical weapons for the Crimean War, he might have refused due to religious reasons. In his work, it’s said, he attempted to show that God and nature are one.

In the 1840s, the great scientist’s health started to decline. As a consequence, he was unable to perform as much research as he wanted. His last day on Earth was August 25, 1867, at Hampton Court. 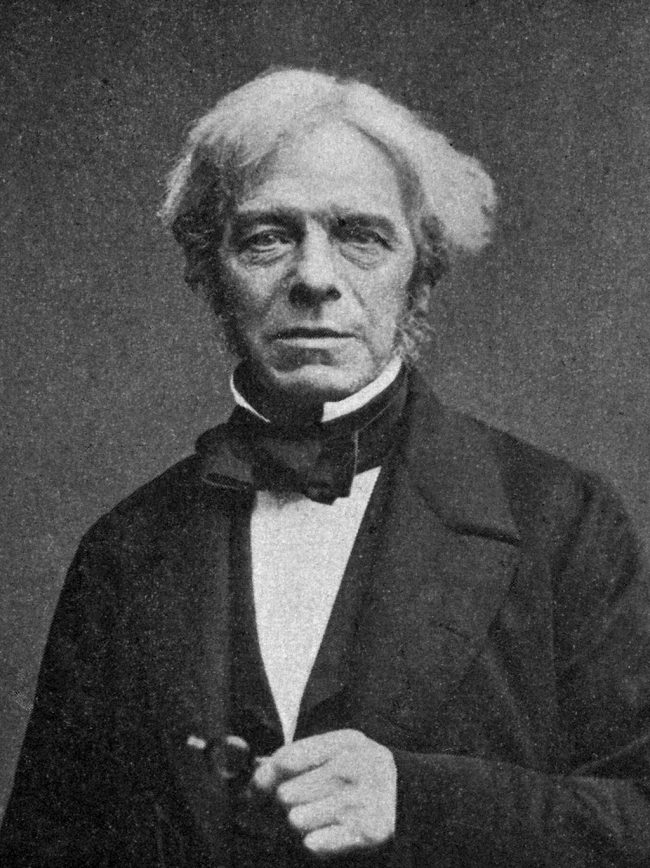 Michael Faraday circa 1861 via Wikimedia Commons.

Bottom line: Michael Faraday was born on September 22, 1791. He is a famous scientist known for his many discoveries and inventions in physics and chemistry such as induction, electrolysis and electromagnetism.